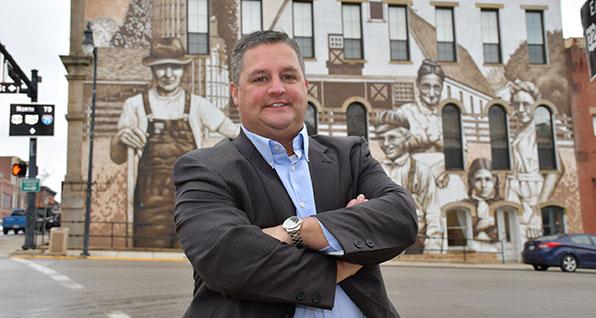 In a session that saw the top priorities of gun owners advance, State Representative Shane Wilkin, who is now a candidate for the Ohio Senate District 17 in Southwest Ohio, was a true champion for the Second Amendment.

Tapped by House Speaker Bob Cupp to chair the powerful Government Oversight Committee, Wilkin shepherded through the most controversial bills of the General Assembly. Because of this, Wilkin has earned an A+ rating and an endorsement from Buckeye Firearms Association PAC.

When it came to Constitutional Carry, BFA's top priority legislation, Wilkin delivered despite unending criticism from gun control advocates, law enforcement groups, and even some members of his own caucus. Under his leadership, the Government Oversight Committee first passed House Bill 227. And once that bill appeared to be stalled in the Ohio Senate, Wilkin delivered again by leading his committee to pass Senate Bill 215.

Within the House Republican Caucus, Wilkin fought relentlessly to move the bill forward to the House floor even as various factions of legislators sought to derail it.

Beyond Constitutional Carry, Chairman Wilkin moved HB 325, which would prohibit the government from seizing gun rights during a time of a declared emergency, another BFA priority. His committee approved knife preemption twice, passing a House version (HB 243) before moving Senate Bill 156 which has also been signed by the governor.

"On gun rights, Shane Wilkin is the perfect combination," explained Dean Rieck, Executive Director of BFA. "He's committed to our core Second Amendment principles, and at the same time politically savvy, so he knows how to get things done at the Statehouse. Shane would be a great State Senator for Southwest Ohio and certainly for gun owners."

Click here to see BFA-PAC's grades and endorsements for the Aug. 2, 2022, Ohio primary.