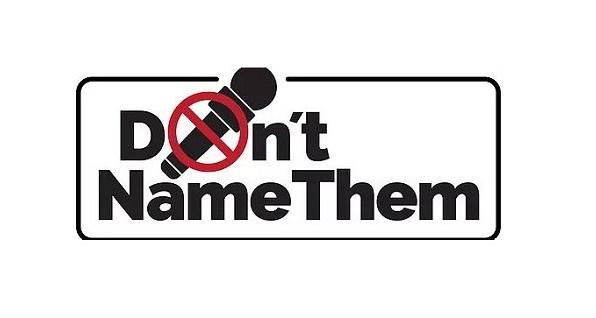 While we don't yet have all the facts on the mass murder in Dayton, we do know a lot about about these kind of horrible acts and the people who commit them.

Modern mass killers generally display three traits: 1) they suffer from severe depression, 2) they feel socially isolated, 3) they are pathologically narcissistic, convinced that they have been wronged or cheated by society. So they lash out to harm as many people as they can as a form of revenge and as a way to be noticed and taken seriously.

They kill to become famous.

The prevalence of these active killer crimes has increased as mass media coverage of the killers has increased. Since the mid-1990s, as 24-hour news coverage and social media has exploded, this quest for fame among mass killers has also skyrocketed.

"It's time for the media to stop participating in this gruesome reality show and stop making killers famous. If the media would simply agree to stop reporting the names of these killers, stop showing their faces, and stop sharing their statements and manifestos, we could see a significant reduction in this sort of crime."

There is a precedent for this simple concept. At one time, the media reported on suicides. However, research showed that suicide can be "contagious," so the media changed their policies and dramatically reduced their reporting on these events. In the same way, a significant portion of active killer events are contagious, encouraging other troubled individuals to commit similar crimes.

"We don't claim that pledging to stop making killers famous will stop all such crimes," continued Rieck. "However, it costs nothing, requires no contentious legislation, and is completely bipartisan and nonpolitical. So why not try it?"

Even the FBI backs this approach in conjunction with the Advanced Law Enforcement Rapid Response Training program at Texas State University. They say, "It is journalistically routine to name the killer. It’s public record and it is important to use their names and likenesses to apprehend them and bring them to justice. However, once they are captured, it’s really no longer a part of the story, other than to create a call to action for a like-minded killer to take their plans and thoughts and make them into deeds."

For further information, see the Don't Name Them program at www.dontnamethem.org.