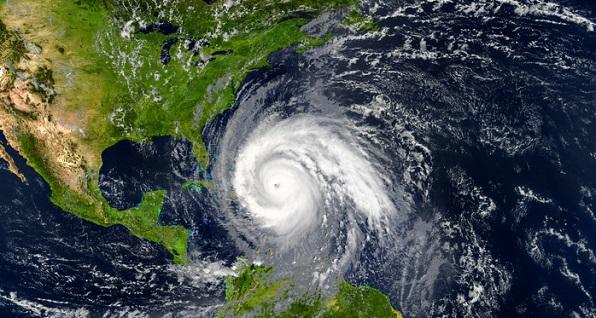 Most will remember the devastation that hit Louisiana, as well as several neighboring states, when Hurricane Katrina struck in 2005. New Orleans was dealt a particularly hard blow, and some may feel it will never completely recover.

Certain losses, especially those who lost their lives, can never be restored, but the region covered by Katrina’s deadly path has spent a decade-and-a-half building back. While that area of the country has always been prone to hurricanes, they hoped they would not soon experience another with the destructive force that 2005 storm brought.

Sixteen years later, to the day, Hurricane Ida made landfall. Thanks to many of the lessons learned from Katrina, the damage appears to have been greatly mitigated. One of those lessons was the importance of protecting civil rights in times of emergency.

After Katrina, NRA and the pro-Second Amendment community became outraged as reports began filtering in that the right to keep and bear arms appeared to have been eradicated in New Orleans. Orders came down to confiscate lawfully-owned firearms from city residents, and countless guns were seized from citizens who were simply concerned for their personal safety, and the safety of their loved-ones.

NRA brought this issue to light to the entire nation, and fought against this unprecedented assault on the Second Amendment. We have covered this issue in detail numerous times, along with NRA’s response, but you can find a good summary of this ordeal here.

The lessons learned from Katrina, as related to the Second Amendment, led to a flurry of new laws at all levels of government to ensure that, during any future catastrophe, our right to keep and bear arms will not be threatened. Today, most states, including Louisiana, have laws prohibiting the seizure or confiscation of lawfully-owned firearms and ammunition during a declared state of emergency. Federal restrictions were also put into place.

But that’s not to say that there continue to be some in positions of power, even in New Orleans, who still have their sights set on diminishing the Second Amendment.

Just last year, during the early stages of the COVID-19 pandemic, New Orleans Mayor LaToya Cantrell (D) announced an emergency order, followed by a “proclamation,” indicating she could try to exploit the situation to try to ban the sale and transportation of firearms.

While Cantrell never followed through with any actions that undermined the Second Amendment and right to self-defense, the threat was enough to warrant legislative action. Later in the year, several bills were passed and signed into law to ensure Cantrell, or any other Louisiana politician with the power to invoke an emergency order, could not restrict access to firearms, or their transportation, during chaotic times.

So, thanks to NRA members, there are now plenty of safeguards in place to protect the Second Amendment during a state of emergency. With the lessons of Katrina learned—along with a reminder of the potential for anti-gun politicians to exploit turmoil during the pandemic—16 years later, we have not seen Hurricane Ida bring its destructive force to one of our most fundamental rights. While the storm may have still caused a great deal of destruction, the Second Amendment and the right to self-defense remained unscathed.