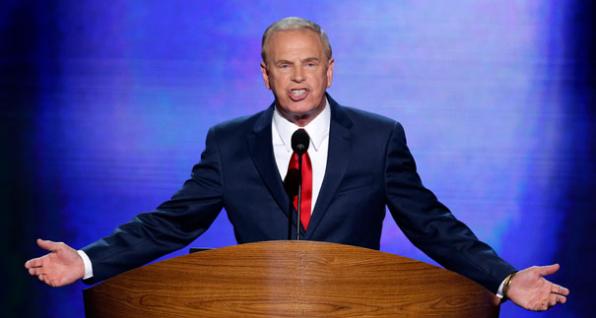 On January 30, media reports were awash with news from the Youngstown Vindicator that "sources close to him" had "confirmed" that 73 year-old former Gov. Ted Strickland will run for the U.S. Senate next year. Two weeks later, however, the former governor's intentions are less clear. According to the Vindicator, Strickland told reporters during a conference call hosted by the Center for American Progress (CAP) that he has not yet decided whether to run for the U.S. Senate in 2016 but will "make a decision by the end of this month."

Even as Strickland considers whether or not to run, Ohio gun owners need to become aware of what Mr. Strickland has been up to since he left office.

Many gun owners will no doubt hold respect for Strickland's four year term as governor in Ohio. During his time as governor, Strickland was not only willing to sign every piece of pro-gun legislation in Ohio that reached his desk, but he also advocated for its passage. Because of his performance in office, Strickland earned the endorsement of both Buckeye Firearms Association and the National Rifle Association in his unsuccessful 2010 re-election bid.

After his narrow defeat, however, Strickland turned his back on the gun rights community that had kept his re-election race competitive, naming an anti-gun appointment to the Ohio Supreme Court.

In 2012 he insulted gun owners' intelligence by trying to get them to ignore Barack Obama's already-abysmal record of support for gun control, endorsing the president's reelection bid and claiming that Obama "supports and respects the Second Amendment."

Last year, Strickland left Ohio for Washington D.C. to become president of the Center for American Progress Action Fund. A quick look at the CAP Action Fund's website is telling.

Articles critical of gun rights are posted regularly on ThinkProgress, the fund's blog, a website which has also routinely published articles fomenting the myth that a white Ferguson, MO police officer acted improperly when he shot a violent attacker who happened to be black. To fully understand where Ted Strickand's CAP Action Fund stands on gun control, one need look no further than the fund's "Assault Weapons Revisited" report, or to ThinkProgress' "Ultimate Guide to Gun Safety Debate."

In addition to being president of this anti-gun rights group, Strickland is also listed as a "Counselor" for what the fund website calls its "sister organization" - the Center for American Progress - the same group that hosted his conference call for the media this week.

According to the March 1, 2004 edition of The Nation, CAP is the brain child of anti-gun rights billionaire George Soros, and on November 11, 2003 the Washington Post reported that he gave some $3 million to its creation. CAP has deep ties to both the Clintons and Obamas.

In short, former Governor Ted Strickland, despite the good he did for gun owners when he lived in Ohio, has completely and totally lost his way in Washington D.C.

And gun owners aren't the only ones who are concerned about his abandonment of Ohioans' values. This week, Cleveland Plain Dealer is quoting Christian Palich, interim president of the Ohio Coal Association, as saying Strickland has also turned his back on Ohio's coal workers and electricity consumers, just as he has Ohio gun owners.

"Ted Strickland has always liked to claim that he supports Ohio's coal industry, but he has done just the opposite," Palich wrote in the post. "If he does [run], Strickland will have a lot to answer to Ohio's coal voters on why he betrayed the people he used to represent in Congress and why he has been getting paid by a liberal Washington think tank for the past few years to advocate policies that are bad for Ohio coal, as well as anyone who turns on a light switch."

After spending some time reading about Ted Strickland's Center for American Progress and the CAP Action Fund, allow me to simply reword Palich's observations about coal in order to sum up where it is clear he now stands on gun rights:

Ted Strickland has always liked to claim that he supports Ohio's gun owners, but he has done just the opposite. If he does run, Strickland will have a lot to answer to Ohio's gun voters on why he betrayed the people he used to represent in the Buckeye state and why he has been getting paid by a liberal Washington think tank to advocate policies that are bad for Ohio gun owners, as well as anyone who has a concealed carry license.

Okey to the People: "This is our house!"
END_OF_DOCUMENT_TOKEN_TO_BE_REPLACED