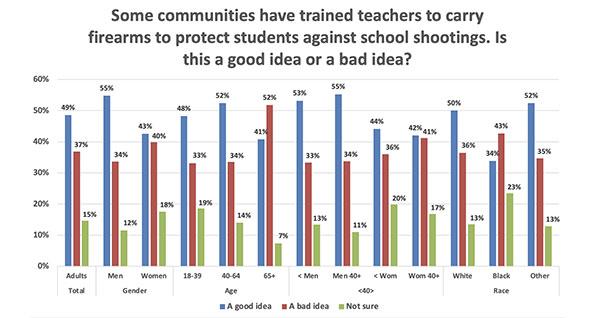 Some communities have trained teachers to carry firearms to protect students against school shootings. Is this a good idea or a bad idea?

Adults with children were more likely than adults without children to support armed teachers by 57%-to-44%.

A YouGov survey from May of this year showed similar results. Except for Democrats, liberals, and blacks, all other categories in the survey favored armed school staff. Young people 18-29 were evenly divided between favoring and opposing.