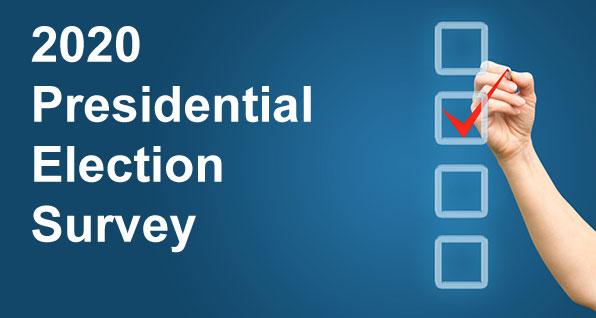 Unless you've been living under a rock, you know that the 2020 General Election is less than 4 weeks away. And this may be the most contentious, most impactful election in decades.

The nation is reeling from pandemic fears, business shutdowns, widespread riots, media meltdowns, and political warfare between Republicans and Democrats.

More than any other issue, the question of who should be elected President has divided the nation in dramatic fashion.

Buckeye Firearms Association is a one-issue organization that focuses almost exclusively on gun rights in Ohio. However, given the power and influence of the President on laws and the appointment of judges and justices, we are especially interested in the outcome of this race.

We have created a quick 1-minute survey to find out what gun owners have to say and get a glimpse into how they plan to vote in this presidential election. We're also concerned about the effect third party candidates may have on what could turn out to be an election that turns on a handful of votes.

When you're finished, you'll be able to see results to-date, and we'll report on final results in a week or so.

For information on our grades and endorsements in Ohio races, check out our 2020 voter guide.