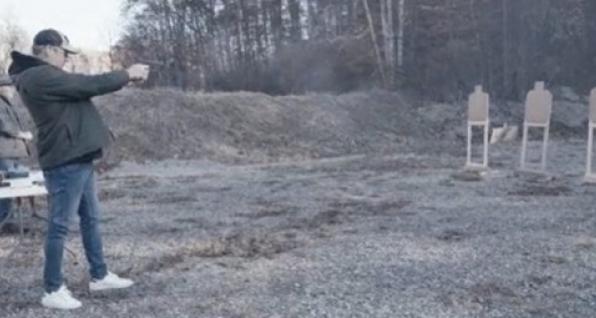 In the last few days, as polls continue to show Senate candidate Tim Ryan falling farther and farther behind Republican J.D. Vance, the Democrat and former high school quarterback has decided on a Hail Mary: trying to fool gun owners into voting for him, after years of voting AGAINST their Second Amendment rights.

On Friday, he Tweeted a video of himself awkwardly firing a pistol:

Not too bad for a Democrat pic.twitter.com/a0TkBWDT7V

Great to be in southern Ohio a couple days ago with my labor friends. I will fight like hell for you in the Senate. pic.twitter.com/OsxugklKCO — Tim Ryan (@TimRyan) November 7, 2022

In other words, when you needed his vote, Tim Ryan was nowhere to be found. But now that he is desperate to get yours, he's lovin' him some shootin' time.

This kind of pandering isn't new. Gun owners have seen politicians pose with guns they've voted to ban, stage fake goose hunting trips, or even fake a southern accent when buying a hunting license for the cameras.

Gun owners weren't fooled then, and they won't be fooled now.

What is pretty obvious is that the people who were planning to vote for him aren't taking kindly to his newfound love for shooting. These are just sample of the critical comments he's receiving on Twitter from his own supporters:

ugh
Now we have to make believe we love guns to beat GOP monsters? The fact that they're monsters isn't enough?

Like, I'm a fan, and would still vote for you (if I was an Ohian) because the alternative is unthinkable. But seriously dude, Republican much? No one says you can't like guns, but this just feels like just another faux-masculine pander to people. Do better. Please. — Baba D (@BDBABA) November 7, 2022

Why are you trying to act like a Republican? Guns in ads doesn't make you a good senator! Dems have hammered Republicans for doing exactly this!

Not a fan of these gun posts. Liberals have guns, no need to post them on social media. Republican energy — BellaB (@Divadoll2014) November 7, 2022

I'm actually supporting you, Tim. But, the gun photos are a cheap, Republican ploy. We see right through it, and it's unbecoming. You should drop 'em. — AmericanGeek (@theAmericanGeek) November 7, 2022

Really? A lot of these “good ole boy” ads lately kinda make the rest of us Ohio Democrats feel left out and un-represented. I voted for you of course, but who’s directing your PR? I like my politicians dressed for the job, smart, articulate, and looking effective in DC. JS! — HRHJDK (@hrhjdk) November 7, 2022

(of a gun or missile) fail to discharge or fire properly.