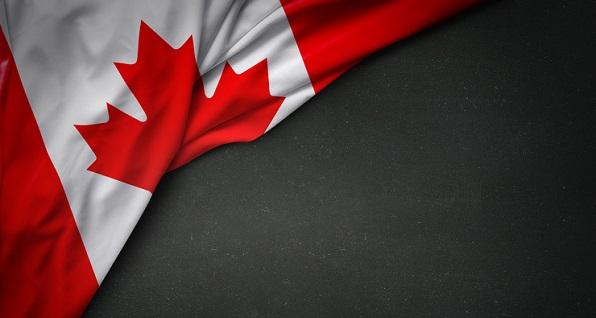 Trudeau’s Toxic Gun Ban: No Buy-in to the “Buyback”

There is new evidence of problems with the implementation of the “assault weapons” ban imposed by Canadian Prime Minister Justin Trudeau on May 1, 2020.

Readers will recall that under the Liberal Government’s scheme, over 1,500 firearms and devices listed in a government regulation immediately became a “prohibited” firearm or “prohibited device,” as did “any variants or modified versions.” Individuals in legal possession of these newly prohibited firearms or devices on the day the regulations were announced are protected from criminal liability arising from their possession or ownership, but this “amnesty” period ends on April 30, 2022.

The purpose of the amnesty was to allow the government to implement a “grandfathering regime,” as well as a mandatory confiscation program (misleadingly called a “buyback”) to compensate affected owners for the value of their firearms. No details regarding either of these programs have been made public. In the meantime, gun owners are prohibited from otherwise selling or transferring the banned firearms and devices, and their use remains almost completely prohibited.

Despite the millions of dollars that a contractor stands to earn, the federal government is struggling to find private sector entities interested in providing the services needed to carry out its confiscation program. The initial solicitation seeking bidders on the contract for the “design and implementation of a potential buyback program for recently prohibited firearms,” posted in August, was unsuccessful.

A second public tender notice, Compensation Model and Program Design Options for a Potential Buyback Program for Recently Prohibited Firearms (202101502-1), was posted on October 16. As was the case with the initial solicitation, the notice lists 15 entities that were invited to submit bids, but adds that other interested parties could secure an invitation to bid on request. The invitees included Ernst & Young LLP, Pricewaterhouse Coopers LLP, IBM Canada Limited/IBM Canada Limitée, and others.

This tender solicitation expired in November without attracting a successful bidder.

The tender notice contains what appears to be a tacit acknowledgement that the project is already off the rails. Besides the curious reference to “potential buyback” in both notices, the most recent notice states that the planning and design phase, “Phase One,” was to run from the date the contract was awarded until March 31, 2021. The successful bidder would grant the government an “irrevocable option” to acquire its services for “Phase Two,” the actual implementation stage, “for up to one additional two-year period under the same conditions.” Given that the amnesty period expires in 16 months, the framing of the implementation period as continuing well beyond April 2022 suggests that the original timeline has been abandoned.

Indeed, with no private corporation apparently willing to be associated with Trudeau’s toxic confiscation of property from farmers, hunters, sport shooters and other law abiding citizens, the entire project is beginning to look more than a little shaky.

In another development, the National Police Federation (NPF), the union representing over 20,000 members of the Royal Canadian Mounted Police (RCMP) and the largest police labor relations organization in Canada, has publicly distanced itself from the government program. In an “inaugural position statement” on gun crime in Canada, the union challenges the effectiveness and social utility of the new gun ban and confiscation measures.

Discounting the Liberal government’s characterization of ordinary hunting and sporting guns as “assault” weapons, the NPF points out that “assault” or “assault-style” “is not a legal weapons classification in Canada – they are colloquial terms to describe high-power and rapid-fire guns (often used by the military) that are mostly already banned in Canada.”

Referring to the government’s ban on “assault weapons,” the NPF statement echoes what honest gun owners and gun rights advocates have been saying all along – the ban will do nothing to curb the trade in illicit firearms, the criminal use of firearms, or the organized crime and gangs responsible for homicides and other violent crimes. “Costly and current legislation, such as the Order in Council prohibiting various firearms and the proposed ‘buy-back’ program by the federal government targeted at legal firearm owners, does not address these current and emerging themes or urgent threats to public safety… In fact, it diverts extremely important personnel, resources, and funding away from addressing the more immediate and growing threat of criminal use of illegal firearms.”

What is needed, the NPF emphasizes, is a “fact-based approach to protecting public safety and prevention of gun violence,” rather than “measures that do very little to address their goal to increase public safety.”

With the private sector and police representatives all but invoking the proverbial ten-foot pole, it is even more difficult for the Liberal government to ignore the views of gun-owning constituents and ordinary Canadians – nevermind common sense and reality – and maintain that its ban on “assault-style” firearms is a reasonable and cost-effective way to promote public safety.