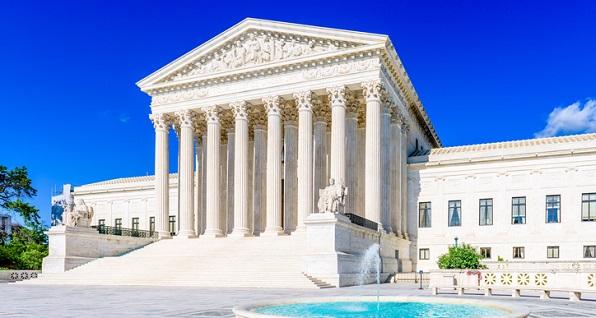 [Recently], the U.S. Supreme Court agreed to hear a Second Amendment challenge to a gun control law for the first time in nearly 10 years. Arguments in the case will likely be heard during the court’s next term, which starts in October.

During the opening decade of the 21st Century, the U.S. Supreme Court issued two landmark rulings that many hoped would revitalize the Second Amendment, which had been all but read out of the Constitution by activist lower judges that favored banning or heavily restricting firearms.

District of Columbia v. Heller (2008) and McDonald v. City of Chicago (2010) made abundantly clear that the Second Amendment is a fundamental civil right and should be respected as such by the nation’s courts and public officials.

That did not happen.

Instead, the rulings seemed mainly to energize the resistance to the right to keep and bear arms both within and without the judicial system.

And one lower court decision after another upheld the most sweeping and oppressive forms of gun control, including bans on America’s most popular rifles, bans on magazines used for self-defense, bans on dealer sales of handguns to military-aged adults, mandatory handgun licensing fees of $340, discretionary licensing for the carrying of firearms, lengthy waiting periods to acquire guns, and infeasible manufacturing requirements that effectively ban new models of handguns.

Throughout it all, the high court seemed to have turned its back on the Second Amendment, refusing review in case after case. This sometimes provoked impassioned dissents from justices who believed the Second Amendment was being treated as a “disfavored right” and a “constitutional orphan.”

Only once in all this time did the U.S. Supreme Court revisit the Second Amendment in an unsigned opinion that summarily reversed, without argument, a Massachusetts Supreme Judicial Court opinion that upheld the state’s ban on electrically-powered “stun guns.”

That changed on Tuesday when the high court granted review to the NRA-backed case of New York State Rifle & Pistol Association v. City of New York. This case concerns a challenge under the Second Amendment and other constitutional provisions to New York City regulations that effectively ban law-abiding handgun owners from traveling outside the city with their own secured and unloaded handguns.

The bizarre and unique nature of this regulation – apparently the only one of its kind in the nation – and the exceedingly thin “public safety” justification for it potentially make the case low-hanging fruit for another positive Second Amendment ruling.

But whether the Supreme Court will use the occasion to bring lower court defiance of the Second Amendment to heel or simply to rule narrowly on this particular regulation remains to be seen.

The development does, however, underscore the importance to gun owners of President Trump’s appointments to the high court, including Justices Neil Gorsuch and Brett Kavanaugh.

The latter replaced Justice Anthony Kennedy, who was considered the crucial swing vote in the Heller and McDonald cases. Yet Kennedy’s sustained commitment to a robust Second Amendment was always in question, leading to speculation that neither the court’s pro- or anti-gun blocs had the confidence to take another case.

Unlike Kennedy, however, Justices Gorsuch and Kavanaugh are committed originalists, the same mode of judicial interpretation that the late Justice Antonin Scalia used in authoring the Heller opinion. Fidelity to that method and to the court’s opinions in Heller and McDonald are the surest guarantees we can have that the Second Amendment will get the respect it is due by the U.S. Supreme Court.

Left-leaning pundits are already issuing hysterical predictions about what this development means for gun control in the United States.

May they be right and then some.

The more sober and mature outlook, however, is a wait-and-see attitude, along with a healthy appreciation of how President Trump’s appointments to the court may finally reenergize a Second Amendment that has been neglected for too long.

Those appointments would not have happened without the steadfast work of NRA members who understand the importance of the U.S. Supreme Court as the final backstop against infringements of our Second Amendment rights. We may now be on the threshold of realizing the fruits of that labor.