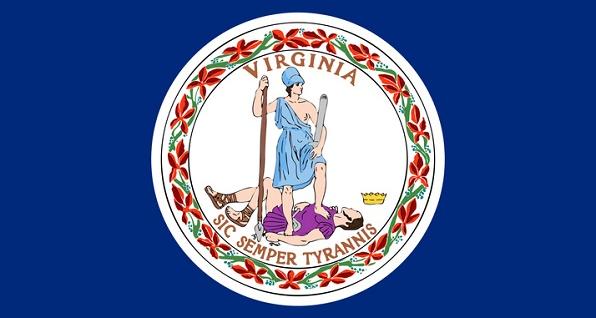 Much like the rest of the country, Virginians have been buying firearms at a tremendous pace. According to data from the Virginia State Police, there was a 158 percent increase in firearm transactions in June 2020 when compared with June 2019. This came after a nearly 100 percent increase in May 2020 over May 2019. Moreover, research from the National Shooting Sports Foundation, as well as anecdotal reports, suggest that many of these transfers are to first-time gun buyers.

It is unfortunate that at the same time Virginians are increasingly exercising their right to armed self-defense, state and local politicians are making it harder for them to do so. Recent changes to Virginia’s state firearms preemption law have enabled radical local politicians to create an incomprehensible patchwork of gun-free zones that could ensnare even the most diligent gun owner.

Back on April 22, Gov. Ralph Northam signed HB421/SB35 into law. This legislation weakened Virginia’s firearm preemption statute to allow local authorities to prohibit the “possession, carrying, or transportation of any firearms, ammunition, or components or combination thereof,” even by concealed handgun permit holders, in a set of locations.

(i) in any building, or part thereof, owned or used by such locality, or by any authority or local governmental entity created or controlled by the locality, for governmental purposes;

(iv) in any public street, road, alley, or sidewalk or public right-of-way or any other place of whatever nature that is open to the public and is being used by or is adjacent to a permitted event or an event that would otherwise require a permit.

Local authorities are under no obligation to prohibit firearms in these locations and, judging from the success of the Virginia Second Amendment Sanctuary movement, most are unlikely to do so. However, anti-gun politicians in several jurisdictions, many in the D.C. suburbs of Northern Virginia, have wasted no time in restricting their residents and visitors’ right to self-defense.

First in line was the fashionable D.C. suburb of Alexandria. In recent years, Alexandria gun control activists had repeatedly complained about Virginia’s respect for the Right-to-Carry openly. Proving the open carry complaint was a ruse, on June 20 the Alexandria City Council voted to severely restrict the open and concealed carry, and even possession, of firearms in their tiny enclave.

Using the full extent of the authority permitted under Northam’s new law, the city banned the “possession, carrying or transportation of firearms, ammunition or components or combinations thereof” at all of the locations listed above. Moreover, they did so in a purposefully ambiguous fashion that will discourage Right-to-Carry throughout the city.

Concealed handgun permit holders are not exempt from the new prohibitions. A violation of the ordinance is punishable as a Class 1 Misdemeanor, which carries a penalty of up to 12 months in jail and up to a $2,500 fine.

Consider the prohibition “in any building, or part thereof, owned or used, by the City, or by any authority or local governmental entity created or controlled by the City, for governmental purposes.” The city placed no other temporal or space limitations on this restriction.

Determining every building that may be under the direct control of the city is a difficult task. Deciphering every non-government-owned building that may have hosted a government function at one time or another is impossible. Might it encompass a hotel that once hosted a city function in one of its ballrooms? Would it extend to a restaurant that hosts an annual city government office holiday party?

Even more concerning is the shifting gun-free zones “in any public street, road, alley, or sidewalk or public right-of-way or any other place of whatever nature that is open to the public and is being used by or is adjacent to a permitted event or an event that would otherwise require a permit.” Gun owners who wish to exercise their Right-to-Carry or transport their firearms through the city are tasked with acquiring information on every permitted event for each day of the year.

Predicting where “an event that would otherwise require a permit” will take place is impossible. The unjust nature of this prohibition has taken on further weight in recent months as impromptu and unpermitted protests have sprung up across the country. A gun owner who inadvertently happens upon this type of fluid event, whether on foot or in their own motor vehicle, could be found to be in violation of the new ordinance.

Also consider that the prohibition extends to the possession of firearms and ammunition components. An individual wearing their hunting jacket with a couple of empty shotgun hulls or an extra choke in the pocket to a farmer’s market would be in violation of the law.

At present, neighboring Arlington County is in the process of enacting an ordinance that is almost identical to Alexandria’s. Charlottesville and Falls Church are contemplating their own gun ban ordinances.

At least one jurisdiction, Newport News, has shown a modicum of restraint while pursuing new gun control.

Apparently concerned with residents and visitors’ inability to see the future, Newport News banned firearms in the locations (i)-(iii) above and at locations “being used for a City sponsored event,” rather than any permitted event or event that would otherwise require a permit.

Moreover, the city displayed a respect for those exercising the Right-to-Carry a concealed firearm pursuant to a concealed handgun permit by exempting them from the new restrictions entirely. Newport News also exempted those lawfully carrying or transporting a firearm in a private motor vehicle. In effect, the coastal city prohibited the open carry of firearms on public property and at a set of relatively predictable city-sponsored events.

While the Newport News ordinance is unnecessary gun control, it is also a world apart from the intemperate and ideologically-motivated bans advanced in Northern Virginia.

Aside from Virginia, anti-gun jurisdictions in other states are attempting to use implausible interpretations of current statute to enact local gun control in contravention of state firearms preemption law. In June, Albuquerque, New Mexico Mayor Timothy M. Keller purported to ban firearms in city parks and recreation facilities by declaring them to be school property. The New Mexico State Constitution makes clear that “No municipality or county shall regulate, in any way, an incident of the right to keep and bear arms.

The facts on gun-free zones are clear. A survey of several gun control policies conducted by the RAND corporation concluded that “We found no qualifying studies showing that gun-free zones decreased any of the eight outcomes we investigated.” The outcomes studied included mass shootings, suicide, unintentional injuries and deaths, and violent crime.

Of course, legislation like HB421/SB35, the Northern Virginia ordinances, and Mayor Keller’s chicanery are not about public safety. These new prohibitions are about curtailing gun ownership more broadly and indulging ugly political and cultural prejudices. Anti-gun activists in these jurisdictions ideologically oppose the right to keep and bear arms, and by creating unpredictable and shifting gun-free zones they know they can discourage gun owners from continuing to exercise their rights and intimidate others out of ever attempting to do so.

Gun rights supporters throughout the country should pay careful attention to the ongoing attack on state firearms preemption taking place in Virginia and New Mexico. There are anti-gun enclaves in most states that, if granted the authority, would reject the politics of pluralism and attack gun owners. Such attacks are not simply designed to restrict rights in certain locations, but are meant to threaten and confuse current and prospective gun owners and discourage the exercise of Second Amendment rights more broadly. Second Amendment Activists must work to strengthen and preserve state firearms preemption laws to ensure that radical local jurisdictions aren’t empowered to undermine fundamental rights.