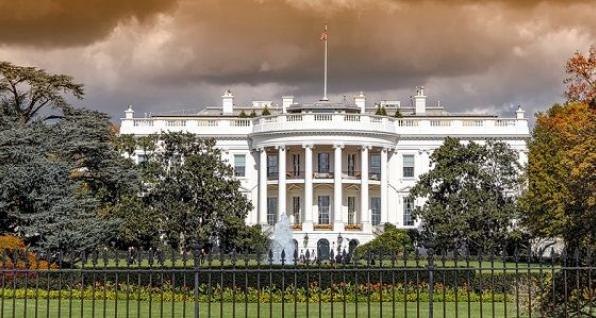 Everyone knows that Joe Biden has one of the most serious polling problems in presidential history when it comes to his plummeting approval rating. Or, perhaps more appropriate, his skyrocketing disapproval rating. He has lost support from virtually every demographic imaginable, and on virtually every policy position, and many political prognosticators point to this precipitous decline as a harbinger of doom for Biden’s party come the November midterm elections.

Americans even appear to be more confident in some foreign leaders than they are in Biden.

So it is inevitable that the president’s White House handlers would do anything and everything to try to shore up support from even its less significant core supporters. They are desperate to stop the political bleeding. These efforts include trying to convince the anti-gun extremists that worked so hard to help elect Biden that Joe is still the man when it comes to gutting the Second Amendment.

Don’t misunderstand us, though. When we say “less significant” in relation to anti-gun extremists, we mean in terms of raw numbers—or votes—as the American public continues to abandon the ridiculous notion that gun control is an effective response to the crime wave gripping our country.

But the well-funded groups that back assaults on our Second Amendment are quite significant in terms of the money they can pump into anti-gun political campaigns.

After all, most remember that gun-ban billionaire Michael Bloomberg pumped a billion dollars of his own personal fortune into a failed presidential campaign that placed a significant emphasis on promoting restrictions on our right to keep and bear arms. Bloomberg and other wealthy elites that are the primary sources for funding of anti-gun organizations aren’t going to stop pouring millions of dollars into their freedom-killing agenda, but if they don’t see Biden as being capable of advancing their cause, then they could consider not funding his future endeavors.

Thus, two weeks ago, the White House put out a release it called “Taking on Gun Crime and Violence with a Whole-of-Government Approach,” which seemed designed to convince anyone who is opposed to the Second Amendment that Biden is doing everything he can to diminish the rights of law-abiding gun owners.

Since the White House posted its release, we haven’t been able to find any news outlets that have covered it. Not in any significant fashion, at least. Perhaps there were some mentions here and there, but several searches of the Internet yielded little more than links to the actual White House release.

There was one online outlet that did cover the release, The Trace, although it merely masquerades as a news outlet. In reality, The Trace is actually a Bloomberg-funded propaganda mill that serves as an electronic factory and distribution center for anti-gun articles.

One of Bloomberg’s “reporters” even proudly proclaimed the document was “provided exclusively to The Trace” before the official release. Clearly, the White House was hoping a friendly outlet would offer plenty of good, free publicity.

So, how did that go?

Again, not so great.

The title of The Trace piece says the release “Attempts To Reassure Gun Reform Advocates.” Even the folks at a fake news factory saw the latest White House move on guns as little more than an effort to appease anti-gun zealots.

The article has some particularly revealing lines in it, referring to “mounting criticism that [Biden] has abandoned the cause of reducing gun violence,” and lamenting that the release “does not include new policy proposals or executive actions, nor an announcement of a new nominee to lead the Bureau of Alcohol, Tobacco, Firearms and Explosives, which remains without a permanent leader.”

Another passage from the article is even more damning of how anti-gun extremists view Biden’s efforts:

“Some groups focused on gun reform, like March for Our Lives and Guns Down America, have long expressed their disappointment in Biden’s lack of action on the issue. They have criticized him for not using his executive authority to its fullest extent and for failing to make legislative progress, despite his campaign promises. But recently, other larger, more mainstream groups that typically praise the Biden administration in public have begun to raise concerns that its staffing has been insufficient. Some reached out to the White House privately, asking the administration to address their concerns, advocates aware of the conversations told The Trace.”

Ultimately, all the White House has done is repeat what it has said previously, as well as try to claim that progress has been made. It talks, yet again, about so-called “ghost guns,” and encourages anti-gun members of Congress to pass legislation to mandate “universal” background checks, ban semi-automatic firearms and their standard capacity magazines, and allow for the firearms industry to be sued into oblivion through meritless lawsuits.

And, of course, the release repeats the Biden lie that his legislative goals “do not violate the Second Amendment.”

These are the same things Biden has said over and over and over and over before. He’s like the old GI Joe action figure; the one that spoke a handful of phrases when you pulled the string attached to its dog tag. Just put GC (gun control) Joe in front of a microphone and he will repeat his handful of anti-gun phrases.

It’s no wonder the anti-gun crowd appears to be growing more and more disillusioned with Biden.

Much of the release seems designed to merely praise “the dedicated gun violence prevention team we have at the White House.” This group of a dozen people is overseen by Susan Rice, who many may recall worked in the Obama White House as the U.S. Ambassador to the UN, and was tasked with promoting Obama’s anti-gun agenda on a global scale.

This collection of government bureaucrats, according to the release, holds “multi-agency meetings,” where we can only presume they discuss the ways they would like to restrict the rights of law-abiding gun owners. That, of course, was already presumed to be happening, so how this latest announcement from the White House is intended to placate frustrated gun-ban advocates remains to be seen. They have likely heard the same spiel in this latest release, or something similar, countless times from Biden and his handlers.

If Biden were serious about real solutions to violent crime, perhaps he should take a look at sentencing reform to address the issue of violent criminals with long criminal histories being released after serving only 40% of their sentence—especially when they commit another violent crime. Instead, GC Joe continues to blame guns, and propose “solutions” that will only affect law-abiding gun owners.

While such a strategy is always part of the anti-gun movement, the fringe groups pushing that agenda are clearly demanding actual results from the candidate they chose to be president.