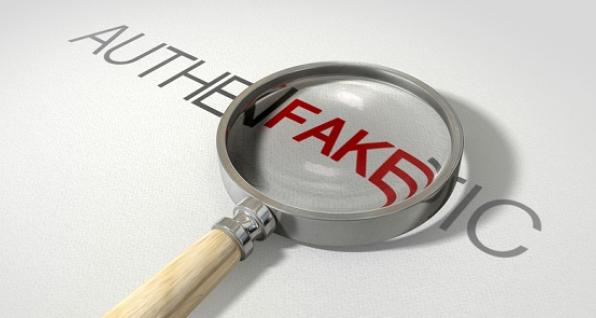 Gun control advocates are constantly looking for the right messenger to push an agenda that boils down to law-abiding Americans giving up their freedoms, their security, and their property without expectation of affecting the behavior of criminals. It’s a tough pitch, which is probably why it has always been difficult for its adherents to sustain any lasting intensity in the public debate.

This year, however, they thought they finally cracked the code by rolling out a new generation of youthful gun control advocates who supposedly have the sincerity and gumption to stand up to the establishment and tell it like it is. Yet less than a year into this “movement,” one of its founding members has left it after re-evaluating its tactics, and the others are simply being co-opted into the shady politics that have long characterized their gun control predecessors.

Take Emma Gonzalez, one of the leading personalities behind the March for Our Lives gun control lobby, which arose in the wake of the terrible murders that occurred at her high school in Parkland, Florida. Gonzalez appeared in Variety magazine [in October], supposedly to clear up “misconceptions about what gun regulators actually want.”

“We try our very darndest to get out the fact that we don’t want to take away guns and that we are pro second amendment,” Gonzalez told Variety. “We’re not trying to take guns out of society, we’re trying to regulate them.” She added, “If you’re already a responsible gun owner, then this has nothing to do with you.”

So much for the innocence and righteous indignation of youth.

Emma is doing exactly what she claims to deplore about the supposedly callous and cynical politicians she has criticized so forcefully in public. She is lying and trying to mislead people.

Start with the fact that Gonzalez has from the outset of her gun control advocacy argued for the sorts of prohibitions imposed by countries that have no constitutional right to arms and that do not recognize self-defense as a valid reason to own a firearm. In a February speech that catapulted her to national prominence, Gonzalez specifically mentioned Australia and the U.K. as models for the U.S. to follow, claiming (incorrectly) that Australia eliminated mass shootings after the country “introduced gun safety.”

But there can be no serious argument that Australian-style gun control is compatible with the individual right to keep and bear arms that Americans enjoy, as that regime involved the large-scale forced surrender of lawfully obtained firearms. And while Australian gun owners were promised government-determined compensation for turning in their retroactively-banned guns, it wasn’t as if they had a choice, other than to risk going to prison.

Even some of the more honest voices in the gun control movement – including some in Australia – acknowledge that Australian-style gun control would be unworkable in this country. Putting aside the obvious constitutional issues, the dynamics of crime and patterns of gun ownership between the two countries have never been comparable.

Perhaps, some might say, Emma simply doesn’t know the details of these things. She is, after all, only a teenager and had no apparent exposure to gun policy before deciding that she would dictate it to the rest of the nation.

But if she actually read the website of the gun control group for which she is a national spokesperson, she would learn a “comprehensive semi-automatic assault rifle ban” is among its agenda items. The ban it has in mind not only “prohibits the future production and sale of these weapons” but “provides a solution for dealing with those semi-automatic assault rifles that are already owned,” such as “a buyback program” for lawfully obtained guns. Needless to say, this measure by definition would affect those who are “already … responsible gun owner[s]” and force them to give up their property.

That’s not all. Even if we assume she doesn’t know what her own organization wants, we have her own words delivered on other occasions to explain exactly what she means.

At a public appearance in May, Gonzalez told her audience, “It’s just cheaper to take away the guns that aren’t imperative to living in America,” adding, “You don’t need an AR-15 to protect yourself in bed from a robber at night.” She even hinted on that occasion that guns should be limited to the military: “Go join the Army if you want to have fun shooting off a weapon, and serve your f***ing country.”

And while Emma Gonzalez may think AR-15s and other semi-automatics are not “imperative” or “need[ed],” they aren’t just some novelty item owned by a handful of eccentric infantry wannabes. They are by all accounts America’s most popular type of rifle, with recent figures showing more than 16 million having entered the stream of commerce in the U.S. between 1990 and 2016, with millions more likely following them in the last two years.

There’s more. Gonzalez has repeatedly tweeted about not just prohibiting future sales or manufacturing of semi-automatic rifles but the “removal of Military Grade [sic] Weapons from Civilian Society” and “[r]emoving the assault and semi-automatic weapons from our Civilian society … .” Needless to say, you can’t “remove” something that isn’t already there.

Meanwhile, she has written about the “[d]isgust” she feels for NRA officials for “the lies you're promoting with no consequences”.

Emma Gonzalez is certainly entitled to believe America would be better off if it banned some of the nation’s most popular guns and forcibly confiscated them from their owners.

But for someone who reportedly wants to trademark the phrase “we call BS,” she is showing a very unbecoming – and, let’s face it, hypocritical – tendency to … well, you know … obscure the truth.

And that means America’s “new breed” of young gun control advocates really aren’t much different from the senior members of their coalition after all.