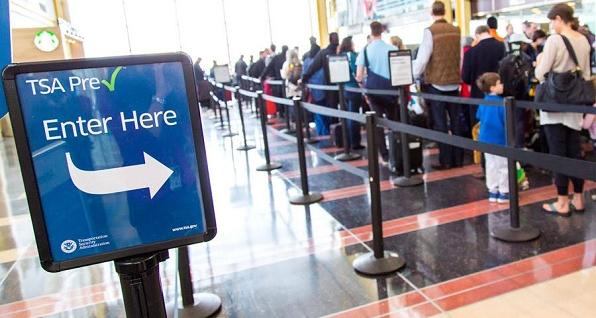 Why TSA is finding more guns in carry-ons

Bringing a gun into an airport checkpoint is a really big mistake, but as more people carry more frequently, such mistakes are bound to happen. The Transportation Security Administration is reporting that the number of guns discovered at security checkpoints at our nation's airports has been steadily growing in recent years. TSA says they confiscated 2,653 guns from airline passengers in 2015, and are on track to break that record this year. They have been averaging a little more than seven guns a day at airport security checkpoints nationwide.

There's no question that 2,653 guns at airport checkpoints is way too many, especially when every gun owner should be fully aware that it is a felony-stupid thing to do, but a little context can help to bring that number into better perspective. As mentioned earlier, there are more people legally carrying more often than ever before, but how many make up that “more?”

First, it is estimated that there are as many as 400 million guns in civilian hands in the U.S., and approximately 2 million guns are sold each month through licensed dealers. Gun sales have been climbing exponentially, particularly over the 8 years of the Obama Administration. Surveys suggest that there are guns in 30% to 40% of U.S. homes, with the rate being much higher in rural states where 80%, or more, homes contain firearms. Estimates put actual gun owner numbers at somewhere between 75 and 100 million, with over 15 million licensed to carry concealed firearms. It's anyone's guess how many more people carry in the dozen states where no licensing is required. All of this adds up to “more” meaning a whole bunch of people who might have a legally carried gun in a purse or pack.

Second, the TSA inspects and clears some 2 million airline passengers every day – over 700 million per year – at over 400 airports nationwide. That's a whole bunch of people too.

With close to 1/3 of the adult population having arms at hand, and at least 20% of those legally carrying a gun in public at least occasionally, the idea of 7 people out of 2 million, inadvertently carrying their gun into an airport checkpoint, doesn't seem quite so outrageous. That amounts to only 0.00035% of airline passengers.

It's also worth noting that the busiest airport in the world is located in the center of the “gun-friendly” South – Atlanta's Hartsfield-Jackson – and is the airport where the highest number of guns are discovered. In fact, 13 of the 31 busiest airports in the world are in the U.S., and 9 of those busiest airports are in gun-friendly states with “shall-issue” concealed carry licensing: Atlanta, Dallas-Ft. Worth, Denver, Las Vegas, Charlotte, Miami, Phoenix, Houston, and Seattle-Tacoma.

These aren't people planning to hijack a plane or commit an act of terrorism. They are people who got busy and forgot that they still had their pistol in the special gun pocket of their purse, or tucked into the bottom of their backpack. All sorts of people have run afoul of the checkpoints. One was an NBA team executive who was caught with a gun in a carry-on bag on the return leg from Newark, New Jersey – the gun was undetected on the outbound leg. Another was former NBA superstar Bill Russell. Others have included a congressman, and a notoriously anti-gun Illinois state senator from Chicago.

Leaving a gun in a carry-on is a relatively easy mistake to make in a society where guns are common, and where many people are so comfortable with their presence. And though it is a foolish mistake to make, it is not a dangerous one – except in the legal sense. TSA screens every bag and passenger, and even if the gun somehow made it onto the plane, it is only dangerous if there is a person with evil intent, and knowledge of the gun's presence. It can't just “go off” from being bumped around, and even if it were to discharge somehow, a bullet through the fuselage or a window will not cause the plane to explode or violently decompress. That only happens in the movies.

As a right-to-carry advocate, I take the issue of people being found with guns at airport checkpoints very seriously. It makes my side look bad, makes my job harder, and scares the less- knowledgeable public. This is just one reason that I strongly recommend “on-body” – in a holster on their belt or elsewhere on their person – rather than “off-body” in a bag, briefcase, or purse. Not only is a gun carried on-body quicker in a crisis, and harder to steal, it is also much less likely to be forgotten or overlooked in preparing for a flight.

Guns are tools. In some segments of our society, they are very common tools. All gun owners should know and understand that their license does not apply on airplanes, and it is extremely foolish and irresponsible to ever carry a gun into an airport security checkpoint. Regardless of how unintentional it might be, there will be a significant price to pay for doing so. Your gun is your responsibility – always.

For non-gun owners, don't let the media hype get you worried. Yes, guns at checkpoints are becoming a more frequent occurrence as gun ownership and carry are becoming more common, but it's still statistically rare, and these aren't terrorists or gang-bangers, they're poor schlubs who got in too big a rush and made a stupid and expensive, though relatively benign mistake. They will regret it, but they are not putting you at risk.

©2016 The Firearms Coalition, all rights reserved. Reprinting, posting, and distributing permitted with inclusion of this copyright statement. www.FirearmsCoalition.org.