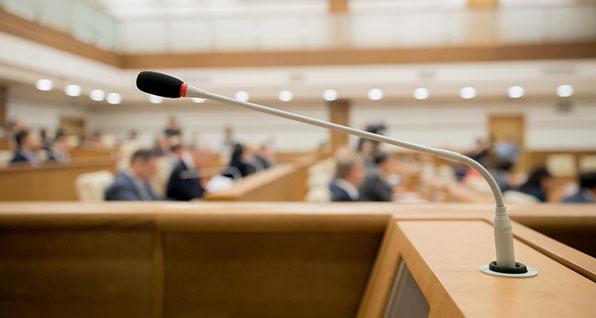 Will Ohio Cities Ever Give up on Local Gun Control?

I live in Westerville, Ohio. It's a great city with an abundance of parks, friendly employees, quiet neighborhoods, and endless activities. And like many municipalities in the state, it has a city council seeking to pass local laws to regulate firearms.

However, as I explained to them at a recent meeting where they voted to pass a gun control "resolution," they do not have the legal authority to pass their own gun laws because of "preemption." This means gun laws are set at the state level and political subdivisions are forbidden to pass their own laws.

There was a time when Ohio had a patchwork of gun laws. With nearly 2,300 cities, villages, and townships, it was difficult, if not impossible, for residents to comply with the crazy quilt of laws as they traveled from place to place commuting, shopping, visiting a shooting range, hunting, and participating in all the normal activities of day-to-day life.

Essentially, cities abused their home rule privilege by passing laws that did not reduce crime or have any real-world benefits, and resulted in nothing more than the harassment of otherwise law-abiding gun owners.

That's why state lawmakers stepped in and passed HB347, a sweeping reform bill that took effect in March 2007, got cities out of the gun control business, and replaced the patchwork with one set of simple, consistent laws.

It also included a means of enforcement by allowing lawsuits and awarding legal fees when cities ignore preemption. This has proven to be important, because many cities have chosen to pass their own gun control laws in contradiction to state law and have been sued, including Cleveland, Columbus, and Cincinnati, plus many smaller cities.

The issue has even gone to the Ohio Supreme Court twice, including the 2010 case Cleveland v. State, which should be required reading for anyone seeking to understand what preemption means in Ohio and why it is now settled law. This definitive ruling concluded that preemption " ... is a general law that displaces municipal firearm ordinances and does not unconstitutionally infringe on municipal home rule authority."

Still, cities have continued in their willful ignorance of preemption and unfounded claims of home rule on the matter of guns, and as a result the recently passed HB228 included additional language to clarify and strengthen preemption.

The following text is the final version of Ohio Revised Code 9.68 that will go into effect on December 28, 2019. Pay particular attention to the parts I have highlighted.

(A) The individual right to keep and bear arms, being a fundamental individual right that predates the United States Constitution and Ohio Constitution, and being a constitutionally protected right in every part of Ohio, the general assembly finds the need to provide uniform laws throughout the state regulating the ownership, possession, purchase, other acquisition, transport, storage, carrying, sale, other transfer, manufacture, taxation, keeping, and reporting of loss or theft of firearms, their components, and their ammunition. The general assembly also finds and declares that it is proper for law-abiding people to protect themselves, their families, and others from intruders and attackers without fear of prosecution or civil action for acting in defense of themselves or others. Except as specifically provided by the United States Constitution, Ohio Constitution, state law, or federal law, a person, without further license, permission, restriction, delay, or process, including by any ordinance, rule, regulation, resolution, practice, or other action or any threat of citation, prosecution, or other legal process, may own, possess, purchase, acquire, transport, store, carry, sell, transfer, manufacture, or keep any firearm, part of a firearm, its components, and its ammunition. Any such further license, permission, restriction, delay, or process interferes with the fundamental individual right described in this division and unduly inhibits law-abiding people from protecting themselves, their families, and others from intruders and attackers and from other legitimate uses of constitutionally protected firearms, including hunting and sporting activities, and the state by this section preempts, supersedes, and declares null and void any such further license, permission, restriction, delay, or process.

(1) The person, group, or entity prevails in a challenge to the ordinance, rule, regulation, resolution, practice, or action as being in conflict with division (A) of this section.

(2) The ordinance, rule, regulation, resolution, practice, or action or the manner of its enforcement is repealed or rescinded after the civil action was filed but prior to a final court determination of the action.

(C) As used in this section:

(3) "Reasonable expenses" include, but are not limited to, reasonable attorney's fees, court costs, expert witness fees, and compensation for loss of income.

(D) This section does not apply to either of the following:

(1) A zoning ordinance that regulates or prohibits the commercial sale of firearms, firearm components, or ammunition for firearms in areas zoned for residential or agricultural uses;

Is there anything unclear about this language? Is there any doubt that after more than 12 years since preemption took effect and after multiple court cases, including Ohio Supreme Court cases, that this is settled law? Why do Ohio cities continue to claim they have home rule on guns? Will they ever stop tilting at this particular windmill?

Ohio cities rebelled against preemption in the immediate years following its passage, so it's understandable that there would be some initial litigation over the issue. But recently, it seems that cities have discovered a new-found thirst for gun control, likely spurred by Everytown for Gun Safety, a conglomerate of gun control organizations funded by billionaire Michael Bloomberg.

After the Parkland murders in February 2018, this organization ramped up their efforts and have been able to create and coordinate local chapters of moms, students, and other activists to apply pressure to city councils and legislators in a way we have never before seen.

Just a few years ago, organizations like Everytown operated mostly at the national level, flooding media with fake news and phoney facts. But they are now in our own backyard, showing up in their red shirts at council meetings, legislative hearings, and public events, creating the illusion of broad public support for gun control. It's all smoke and mirrors, but city councils are especially responsive to their constituents. So Everytown's tactics are having a direct effect on council members.

Of course, city councils can pass all the resolutions they want. They are little more than wish lists directed at legislators. However, given the recent burst of enthusiasm for local gun control, and the fact that cities CAN pass any law they want if they're willing to defy state law and defend themselves in court, all gun owners should be concerned about the possibility of widespread municipal "civil disobedience" where Ohio's thousands of cities, villages, and townships go rogue and force people to sue them.

This is the nightmare scenario when we have to play legal whack-a-mole against endless infringements across the state and outcomes depend on who has the most money to throw at attorneys. Will it come to that? In a constitutional republic like ours, it shouldn't happen. But in an age when respect for constitutional principles seems to be waning, the future is unclear.

What is abundantly clear, however, is that gun owners need to start paying attention to what their city councils are up to, especially in urban and suburban areas. That means attending public meetings and voicing opinions. Those supporting gun control are certainly doing this. If nothing else, elected officials need to understand that they're being watched and that we will not tolerate any form of gun control that violates preemption laws.

And when city council election time comes, vote your rights. This doesn't just apply to national or state elections. Most politics is local. As they say, you get the government you deserve. And elections matter.