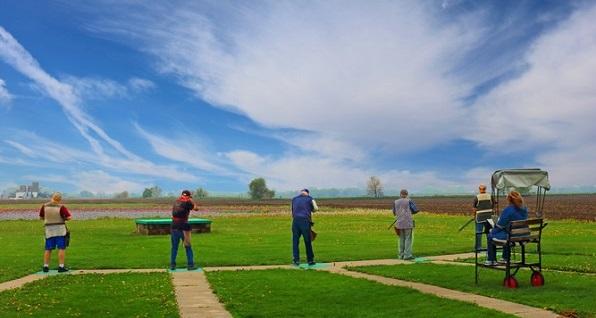 For the past few years, Buckeye Firearms Association has been monitoring efforts by the Ohio Township Association and others to change Ohio law to allow townships to regulate the discharge of firearms in the same way that municipalities do.

While the efforts typically only occasionally come to light in situations involving noise or safety complaints involving private or public ranges, these efforts are going on behind the scenes almost continually.

To address this problem, we have made efforts to educate gun owners on the construction of safe firing ranges and safe gun handling on existing ranges, join the campaign to save existing Ohio shooting ranges, as well as to combat OTA efforts to move anti-gun legislation.

Most recently news surfaced of two proposed constitutional amendments backed by the Ohio Community Rights Network and the Community Environmental Legal Defense Fund which would, among other things, make it easier to pass local gun control regulations.

According to the Gongwer News Service, the community rights proposal would codify the right of local governments to "expand fundamental rights and prohibit corporate activities." The township and county proposal would provide those entities with the same authority as cities and villages when it comes to the right to seek initiatives and referendums.

The proposals have been cleared by the the Ohio Ballot Board for signature gathering, and these anti-Second Amendment groups will now need to collect 305,591 valid signatures to place the measures on the ballot.

It is currently legal to discharge firearms on private property in Ohio townships, as long as it is done in a safe and legal manner and the property belongs to you or you have permission from the property owner. You must also have a proper backstop to make sure rounds do not leave your property. You cannot discharge a firearm upon, over, or within 100 yards of a cemetery; upon or over a public roadway; or on the ground immediately next to a school, church, inhabited dwelling, or someone else's property.

As with municipalities and villages, townships cannot create their own laws that conflict with state law on the possession, use, or sale of firearms. In addition, townships cannot regulate hunting, trapping, or fishing, which falls under the responsibility of the Ohio Division of Wildlife.

Since 35% of Ohioans live in townships, and since many more go to townships to hunt and shoot, the threat of giving township trustees the ability to prohibit the discharge of firearms could potentially mean the end of target practice, hunting and sport shooting for millions upon millions of Ohioans.

Buckeye Firearms Association will continue to monitor efforts to legislate away our rights, but it is up to each and every gun owner to build safe ranges and behave safely on the range. Each instance of unsafe shooting provides ammunition (pun intended) to anti-Second Amendment extremists who are trying to take away our rights. If your range is unsafe or if you are unsafe on the range, you are part of the problem.