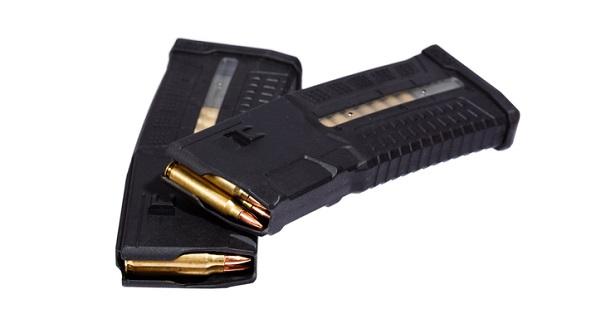 Last summer, we reported on the welcome news that a federal court had blocked California’s plan to require owners of “large capacity” magazines to surrender or otherwise rid themselves of their formerly-lawful property. As the judge in that case had put it: “On July 1, 2017, any previously law-abiding person in California who still possesses a firearm magazine capable of holding more than 10 rounds will begin their new life of crime.” That was a bridge too far, he decided, and blocked enforcement of the law’s dispossession requirement. California appealed that ruling, and now over a year later a divided three-judge panel of the U.S. Court of Appeals for the Ninth Circuit upheld the lower court’s ruling. The case, Duncan v. Becerra, is supported by both the NRA and the California Rifle & Pistol Association.

The plaintiffs in the lawsuit are challenging a 2016 ban on so-called “large capacity magazines” (i.e., most ammunition feeding devices “with the capacity to accept more than 10 rounds”). California’s law went beyond similar laws in other anti-gun states by prohibiting not only the manufacturing, sale, or importation of such magazines but also their possession, including by those who had lawfully obtained them before the ban’s effective date of July 1, 2017. The only way for such people to comply with the law’s new requirements would be to surrender their magazines to the police, move them out of the state, or sell the magazines to a licensed firearms dealer.

On June 29, 2017, Judge Roger T. Benitez of the U.S. District Court for the Southern District of California ruled that the requirement for current owners to dispossess themselves of lawfully-acquired magazines likely violated the Second Amendment and the Constitution’s Taking Clause. “If this injunction does not issue, hundreds of thousands, if not millions, of otherwise law-abiding citizens will have an untenable choice: become an outlaw or dispossess one’s self of lawfully acquired property,” Judge Benitez wrote. “That is a choice they should not have to make.” He therefore ordered California not to enforce the dispossession requirements while the underlying case on the ban’s constitutionality was being resolved. Judge Benitez’s ruling did, however, allow for enforcement of the state’s ban on the manufacturing, sale, and importation of the magazines.

On Tuesday, [July 17], two out of three judges hearing the case on appeal upheld that decision. Those judges emphasized that Judge Benitez was within his authority to discount the supposed support the state offered for the ban as “incomplete,” “unreliable,” and “biased.” The majority also chided the dissenting judge for substituting his own discretion for that of Judge Benitez, who had the primary responsibility to evaluate and weigh the evidence in the case. Notably, California had attempted to justify the ban before Judge Benitez by invoking, among other things, a 2013 report from the gun control advocacy group Mayor’s Against Illegal Guns.

Unfortunately, this latest decision does not conclusively resolve the case. California can appeal the enforcement ruling to the full Ninth Circuit, which could overturn the decision and allow the surrender provisions to go into effect. And even if the decision is allowed to stand, the underlying case still must be resolved before Judge Benitez, who could change his mind once all the evidence is fully presented.

All of which only underscores the importance of a strong Second Amendment backstop at the U.S. Supreme Court. Judge Brett Kavanaugh — President Trump’s latest nominee to the high court — could play a decisive role in this and other Second Amendment cases currently making their way through the lower courts.