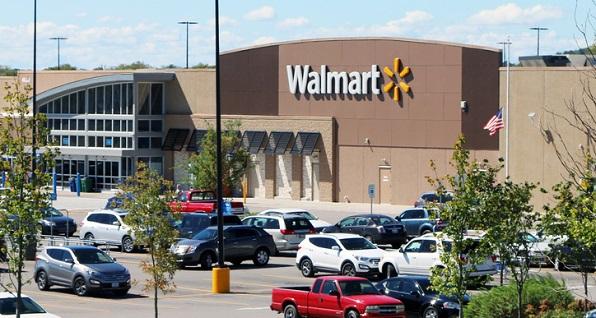 In what might come as a shock to the legacy press, it turns out there are plenty of young people who value their Second Amendment rights and are willing to fight for them. Case in point: 18-year-old Hannah Brumbles of Deer Island, Ore. Last week, the Beaver State’s Bureau of Labor and Industries (BOLI) ruled in the young woman’s favor after she challenged a Walmart policy that denied shotgun and rifle sales to young adults ages 18 to 20.

At the time, UCLA Law Professor Eugene Volokh took to his popular blog, the Volokh Conspiracy, to explain that some state and local governments have enacted anti-discrimination laws that restrict businesses from denying lawful products and services to adults on the basis of age. Therefore, in some jurisdictions, firearms retailers would be barred from carrying out a policy that denied adults ages 18 to 20 the ability to purchase long guns in their stores.

NRA-ILA and the Willamette Week elaborated on Volokh’s point, noting that Section 659A.403(1) of the Oregon Revised Statutes made clear that:

all persons within the jurisdiction of this state are entitled to the full and equal accommodations, advantages, facilities and privileges of any place of public accommodation, without any distinction, discrimination or restriction on account of race, color, religion, sex, sexual orientation, national origin, marital status or age if the individual is of age, as described in this section, or older.

After Walmart enacted its discriminatory policy, Brumbles attempted to purchase a rifle at a Walmart store in St. Helens and was denied. In response, Brumbles filed a complaint with the BOLI, alleging that the superstore chain’s policy was illegal under the state’s anti-discrimination laws.

On August 21, the BOLI investigators issued a preliminary ruling in favor of the young woman. Characterizing the decision, the Willamette Week reported that “BOLI investigators found that Walmart had violated state nondiscrimination laws and filed formal charges against the company.” According to an account from the Oregonian, “BOLI found that Brumbles did have grounds for the discrimination complaint, and has scheduled a hearing in November where it will hear Walmart's response and formally rule on the matter.”

Brumbles is seeking $135,000 in damages against Walmart. That figure is the same amount the BOLI fined a Gresham, Ore. bakery in 2015 after the business refused to bake a wedding cake for a same-sex couple. Walmart reportedly rejected the $135,000 proposal and countered with and offer of $150. Discussing the megastore’s counteroffer, Hannah’s father Chris Brumbles told Willamette Week, “It was a joke, it was kind of a spit in the face to her… It's not about money but I would like Walmart to feel a little sting, like I would if I broke the law.” The BOLI has suggested a $5,000 penalty.

The parties are set to face off again at a formal hearing in November. Walmart has made clear that it intends to defend its discriminatory practice. In a statement to the Willamette Week, the retail giant explained,

In February of this year, we reviewed our policy on firearm and ammunition sales and as a result, we raised the age restriction for the purchase of those items to 21. We stand behind our decision and plan to defend it… Settlement discussions are designed to be confidential and we won't comment on them. We are preparing for the November hearing before the administrative law judge.

Walmart’s continued intransigence places politics over sound policy. The simple truth is that long guns are rarely used to commit murder. FBI statistics show that in 2016 there were 374 murders committed with rifles. A tragedy to be certain, but one that must be placed in context. That same year 1,604 murders were committed using “knives or cutting instruments,” 472 with “blunt objects (clubs, hammers, etc.),” and 659 with hands, fists, or feet.

Brumbles’s fight against discriminatory corporate anti-gun policies is an encouraging example of youth pro-gun activism and further proof that the establishment media’s attempts to paint an entire generation as anti-Second Amendment are biased, lazy, and wrong.