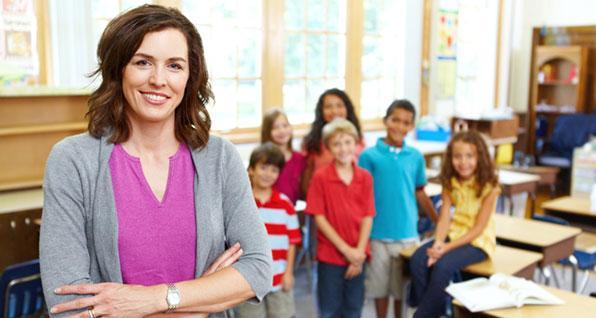 Raising awareness! First, it is key for parents, teachers, school administrators, SRO’s and other stake-holders to have a good idea of just how rapid an active killer can accomplish spontaneous mass murder. To have practical plans, training and countermeasures in place, it is also important to be aware of just how deadly any delay is in stopping an active killer attack can be in a school. It is a given that a campus with multiple schoolroom buildings is too much of a task for a one SRO to promptly arrive to stop or mitigate mass murder, ditto as well for only one SRO in a single huge facility. There is a solution.

For years, I have given Buckeye Firearms Association and others, permission to use the research results of my Stopwatch of Death© (SWD) database. More recently with their foundation’s FASTER program, is all the more reason for our continued support. Periodic plugging the FASTER program in my national/international law enforcement-only free newsletter, prompted me to thinking about further research backing, by creating new objective evidence supporting the essential need for training and arming certain teachers and staff.

Practically, teachers are far more likely to be physical present at an actual school shooting scene than an SRO who clearly cannot possibly be everywhere. These teachers and SRO’s share the very same goal of saving lives. FASTER trains teachers in firearms and first aid for free, and even has given grants for special training of SRO’s.

STUDENTS BEST PROTECTION
On the tracking history of active killers that have been stopped, there are three general categories that have stopped them: Unarmed students and or faculty; On-site police and; Off-site police. The advantage will always go to brave actors already on site who can and have acted in a matter of seconds, oftentimes unarmed. Off-site police responses take a matter of minutes merely to arrive outside the building. Even with an SRO on the way, for example from 100 yards, there is the potential of 19 attempted murders in 15 seconds! Clearly, a properly trained and armed teacher, already present at the scene could mitigate the shedding of innocent blood before the SRO could arrive. A student’s best protection in the case of an active killer attack is trained and armed teachers.

ESTABLISHED EXPERTISE
Aside from a career as a police officer, (including SWAT) and a second career as a police trainer, my focus for decades has been on the best countermeasure responses to active killers. Authorities have
interviewed me and published their interview. My own published articles and training background have included similar active killer subjects such as Single Officers Lifesaving Others©. Along with a dozen other chapter authors in Straight Talk On Armed Defense; What the experts want you to know, my chapter was devoted to a few dozen incidents of unarmed students and teachers stopping active killers. Sometimes there was an SRO in the school, other times not.

UNWARRANTED RESERVATIONS
I was recently advised that there may be some reluctance among stake-holders, even among some SRO’s and police agencies to be wary about someone on scene beside police being armed because on arrival, they could be confused with the active killer. That only sounds logical until reality TIME, DISTANCE and MATH are factored in. Part of understanding time, distance and math starts here. Just how fast can a Rapid Mass Murder© occur?

WHERE THE RUBBER MEETS THE ROAD
First, let’s examine an example of a real Rapid Mass Murder© incident. Many of you may remember the 2011 Congresswoman Gabriel Gifford’s Tucson AZ mass murder incident. The police response time there was four minutes. (There are both faster and slower actual police response times). The point here is that before anyone could even summon police, in fifteen (15) seconds, six were murdered and thirteen were wounded. It was stopped by unarmed citizens. Simple math here works out to more than one attempted murder per second! (Rounded down from 1.27). There are also a couple of other similar time and casualty incidents, ruling out that this incident was an exception to the rule. In my SWD database, this now fairly represents a standard potential of what is actually possible.

INFORMED, NOT SURPRISED!
All too often we are surprised by something we thought was so or true until someone using a scientific repeatable method, shows us the reality. To make my case for a School Resource Officer SWD Challenge, I will be using a protocol that establishes scientific repeatability that anyone can replicate in another school. The necessity for this challenge is to establish an eventual documented response time range of averages for an SRO nearby responding to an active killer attack. Merely possessing that type data is enlightening proof to further support the reasoning and logic for training and arming volunteer teachers. My belief is that every school should have an SRO as back-up to trained and armed teachers that could all better contribute to a potential lifesaving mission.

SUMMARY
It is a virtual given that any Off-Site safety force, (Police, Ambulance, Fire), cannot be expected or relied upon to arrive in seconds. That leaves us with the already On-Site people. Just how fast can an SRO arrive? Of course that depends on the size of the school, just how close the SRO is and his or her physical fitness. A practical challenge is needed to obtain documented eye-opening data supporting training and arming teachers. I offer the School Resource Officer SWD Challenge.

ONLY 100 YARDS?
One hundred yards is intended to be an easily administered standard, part of a baseline measurement as a goal for SRO’s to meet or beat 15 seconds as a rule of thumb. In a typical two story school, long hallways, around corners, up or down stairs, etc. being only 100 yards away and lucky enough to hear gunfire in a compartmentalized facility that was designed with sound suppression in mind, would seem to be a virtual gift distance advantage. That is until it is understood that for every second to cover that distance, there could be a potential of 1.27 attempted murders (dead and wounded). Since teachers are far more likely to actually be already present, trained and armed teachers could act much faster than an SRO at almost any distance.

A STRICT STANDARD PROTOCOL INSURES VALIDITY
When a prescribed standard protocol is followed, the results of different groups and locations should be valid and directly comparable. This is NOT a mere 100 yard dash. To simulate surprise, the SRO or other participant starts with his or her back to the run direction. One ninety degree corner on the route is required. Timing can be as simple as using a sports stopwatch, or as elaborate as an electronic shot-timer and blank starting gun. Videoing for later viewing is recommended, even inviting the media to give publicity to a worthwhile gathering of SRO’s for a lifesaving preparation training
event in your community.

SHARE - BACK
To Share-Back or contribute data for eventual publishing of results, the actual School Resource Officer SWD Challenge© protocol, and a format sample can be requested from the author at [email protected]. When the form is completed, signed and returned, it will become part of the
overall research study. The larger the participation, the more valid the overall average times. Submissions should be no less than five SRO’s and unlimited for the Patrol category.