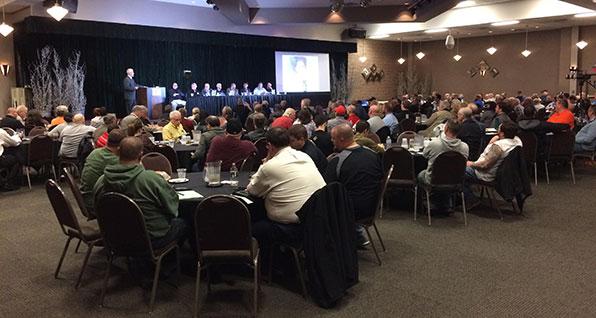 After nearly every active killer event, especially those that take place in schools, communities host town halls to address the concerns of local residents. Unfortunately, the speakers and panelists are usually chosen more for their ability to calm people down than for their expertise in these matters.

That's why after the mass murder on February 14, 2018, at Marjory Stoneman Douglas High School in Parkland, Florida, where 17 people were killed and 17 others wounded, our Foundation decided to host a town hall titled Experts Town Hall: Effective Response to Active Killer Events.

The panel included professionals from the fields of law enforcement, defensive training, trauma medicine, academia, insurance and school administration to discuss mass murder and how programs such as FASTER Saves Lives can reduce casualties.

Over 200 concerned citizens attended the 2-hour event and asked dozens of intelligent and highly specific questions. The panelists took turns addressing these questions based on their experience and area of specialty.

Earlier in the day, John Benner ran live active killer demonstrations for the media to illustrate how fast and deadly these events really are. Volunteers played the parts of attacker (armed with a non-lethal airsoft gun) and victims.

In the first demonstration, the victims were unarmed and unable to effectively stop the killer. In about 30 seconds, half the people in the room were dead. In the second demonstration, a person unknown to the attacker was armed and was able to quickly confront and stop the killer. In the discussion that followed, Benner drove home the point that the key factor in these events is time. Reducing the time a killer has to shoot people results in fewer casualties.

A video crew recorded the town hall, and we will make this recording available in the near future.