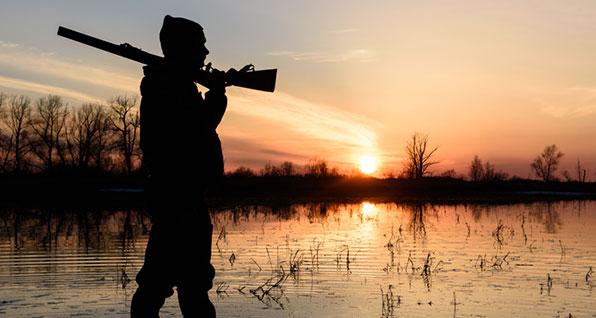 WASHINGTON - On May 22, 2018, U.S. Secretary of the Interior Ryan Zinke announced the newly appointed members of the Hunting and Shooting Sports Conservation Council. The Council was established on January 9, 2018, and is intended to provide the Secretary of the Interior and the Secretary of Agriculture with advice regarding the establishment and implementation of existing and proposed policies and authorities with regard to wildlife and habitat conservation.

“America’s hunters and recreational shooters have a champion in Secretary Ryan Zinke,” said Chris W. Cox, executive director of the National Rifle Association’s Institute for Legislative Action. “Zinke is fighting for our sportsmen and women to have greater access to our public lands. I am pleased to work with the Trump Administration’s new Hunting and Shooting Sports Conservation Council to make it easier for Americans to enjoy our public lands.”

“President Trump and Sec Zinke continue to make major positive structural changes to America’s land and wildlife conservation systems,” said Sportsmen for Fish and Wildlife Founder Don Peay. “This new Council made up of the most accomplished hunter/conservationists in North America will assist in revitalizing conservation of our nation’s natural treasures for generations!”

“I am deeply honored and humbled to be selected as a member of the Hunting and Shooting Sports Conservation Council,” said Former Chief ODNR Division of Wildlife Mike Budzik. “I pledge my support and energy in service to the Administration, Secretary Zinke, the sportsmen and women and shooting sports participants of this great country. I will strive to listen to the grassroots conservation leaders, industry professionals and the dedicated biologists of the Department of the Interior to provide the best input possible”.

Recommendations from the Council to the Secretary of the Interior and Secretary of Agriculture shall include, but not be limited to policies and programs that:

The members of the Hunting and Shooting Sports Conservation Council are listed below:

The Council will meet approximately twice a year, and at such other times as designated by the Designated Federal Officer. The Council will terminate 2 years from the date the charter is filed, unless, prior to that date, it is renewed in accordance with the provisions of Section 14 of the FACA. The Council will not meet or take any action without a valid current Charter.

The Council is established to further the provisions of the Fish and Wildlife Act of 1956 (16 U.S.C. 742a), the Federal Land Policy and Management Act of 1976 (43 U.S.C. 1701), the National Wildlife Refuge System Improvement Act of 1997 (16 U.S.C. 668dd), other Acts applicable to specific bureaus, and Executive Order 13443, “Facilitation of Hunting Heritage and Wildlife Conservation.” The Council is regulated by the Federal Advisory Committee Act (FACA), as amended, 5 U.S.C. Appendix 2.