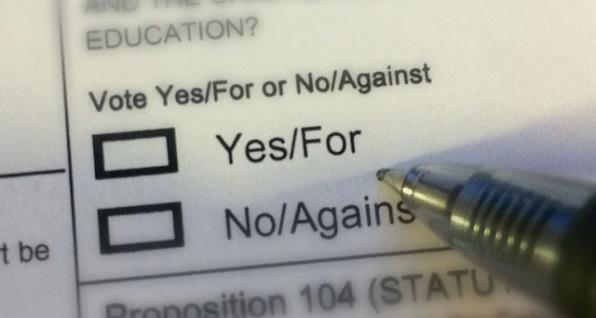 "It's a ridiculous proposal," said Dean Rieck, Executive Director of Buckeye Firearms Association. "Preemption was a solution to a serious problem in Ohio where we had a patchwork of gun laws throughout the state. State law now says clearly that gun laws must be consistent in Ohio and that cites cannot ban something that state law allows."

The individual right to keep and bear arms, being a fundamental individual right that predates the United States Constitution and Ohio Constitution, and being a constitutionally protected right in every part of Ohio, the general assembly finds the need to provide uniform laws throughout the state regulating the ownership, possession, purchase, other acquisition, transport, storage, carrying, sale, or other transfer of firearms, their components, and their ammunition. Except as specifically provided by the United States Constitution, Ohio Constitution, state law, or federal law, a person, without further license, permission, restriction, delay, or process, may own, possess, purchase, sell, transfer, transport, store, or keep any firearm, part of a firearm, its components, and its ammunition.

"Preemption is settled law," said Rieck, "The City of Cleveland sued the State of Ohio over this issue and the Ohio Supreme Court ruled in a 5-2 decision that preemption is valid law.

"In addition, when Gov. Bob Taft vetoed HB347, the bill that introduced preemption, the Ohio General Assembly voted to override the veto. This was a historic override. So the people have spoken on this issue.

"Quite literally, Sittenfeld is proposing a constitutional amendment to prevent the exercise of a constitutional right. Buckeye Firearms Association strongly opposes any initiative that would infringe on the rights of law-abiding gun owners in Ohio."

Jim Irvine, board president of the Buckeye Firearms Association, said the law addressed “a patchwork of laws that just made no sense.” He said the ballot effort is the last option for opponents of gun rights whose views are out of step with public opinion, the Legislature and the courts.

“It’s going back to a failed idea. It was a bad idea before, it’s a bad idea now,” Irvine said. Gun owners deserve uniform state laws addressing their rights to carry and transport their guns instead of encountering the “chaos” of a patchwork of local regulaltions, he said.

Gun owners argue that the previous patchwork of different restrictions in different cities made traveling across the state confusing. They couldn't keep track of all the ordinances, so lawmakers scrapped them, said Jim Irvine, president of the Buckeye Firearms Association. He sees Sittenfeld's initiative as a last-ditch, flawed effort.

"They can’t trick the legislature with their manipulated statistics, and they can’t convince the courts of their faulty logic, so I guess this is the only thing they have left," Irvine said.

The head of one firearms group, however, called the proposal “ridiculous.

“Preemption was a solution to a serious problem in Ohio where we had a patchwork of gun laws throughout the state,” Dean Rieck, executive director of the Buckeye Firearms Association, said in a released statement. “[State law] now says clearly that gun laws must be consistent in Ohio and that cites cannot ban something that state law allows. Quite literally, Sittenfeld is proposing a constitutional amendment to prevent the exercise of a constitutional right.”

He added, “The problem is that Ohio is a very pro-gun state. It’s not a coincidence that we’ve passed so many gun-friendly laws here. Ohio voters elect legislators and so it is the voters who oppose most of the gun control proposals like Sittenfeld’s. Buckeye Firearms Association strongly opposes any ballot initiative that would infringe on the rights of law-abiding gun owners in Ohio.”

While Mr. Rieck said his organization is opposed to any proposal that its members believe would infringe on the constitutional right to bear arms, he downplayed the Sittenfeld plan.

Mr. Sittenfeld has made gun control a centerpiece of his campaign, attacking Mr. Strickland, who once garnered the endorsement of the Buckeye Firearms Association, for this record on gun issues.

Gerard Valentino is a spokesperson for the Buckeye Firearms Foundation; a Pro-gun organization said it makes no sense because Home Rule is dead in Ohio.

“Because it was a direct infringement on the right to bear arms we wouldn't allow municipalities to say we're not going to allow freedom of speech in a park because it's an individual right,” Valentino said.