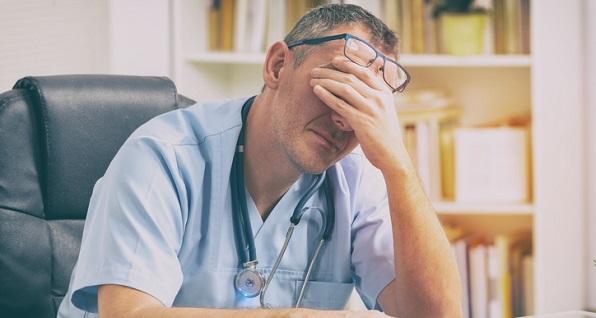 Everyone has hobbies. Some doctors’ collective hobby is opining on firearms policy. Half of the articles in the “Latest from Annals” email from the Annals of Internal Medicine journal are related to firearms.

The most prominent of these articles is a position paper written by the American College of Physicians (ACP) that expands upon their 2014 paper and reflects every anti-gunner’s public policy wish list, save for the outsized role given to doctors. The ACP’s policy recommendations include a ban on semiautomatic firearms and “high” (read: standard) capacity magazines, licensing and permitting requirements, improved reporting to NICS, restrictions on concealed carry, and so on. None of the ACP’s policy recommendations focus on law enforcement or the importance of identifying, prosecuting, and incarcerating criminals. As Philip J. Cook notes in his commentary, “It is unfortunate that the public health community has not recognized the importance of policing gun violence as a key aspect of prevention.”

Language matters, and the ACP “favors enactment of legislation to ban the manufacture, sale, transfer, and subsequent ownership for civilian use of semiautomatic firearms…” They refer to the targeted firearms as “assault weapons” only in parentheses, and the word “rifle” only appears once in the entire document: in the appendix, specifically in a section about 3-d printing a rifle receiver. Does the ACP support a handgun ban? We know that the American public opposes a ban on semiautomatic rifles and a ban on handguns. The ACP proposal for a ban on semiautomatic firearms certainly looks like it would apply to handguns, and they acknowledge that increasing the minimum age to purchase semiautomatic firearms to 21 is “an interim step toward a complete ban…”

The ACP claims that their policy recommendations are “based on an analysis of approaches that the evidence suggests will be effective in reducing deaths and injuries from firearm-related violence.” They want physicians to “advocate for national, state, and local efforts to enact legislation to implement evidence-based policies, including those recommended in this paper…”

The ACP’s misuse of evidence isn’t limited to a ban on commonly owned firearms. They claim the RAND Corporation found “evidence suggesting that increasing the minimum purchasing age for firearms could decrease the suicide rate.” RAND actually found that the only discernible effects of minimum age requirements for purchasing a firearm on suicide were relegated to children and the evidence was limited. The effects of minimum age requirements on total suicides is uncertain because the evidence is inconclusive.

The ACP claims that a “growing but limited body of evidence…suggests the concealed-carry laws may create a greater risk of firearms injuries and deaths than any protective value they may provide.” Most of the research on this topic is poorly done and clearly designed to produce a predetermined result. As with other policy areas in this position paper, the authors should have consulted the RAND literature review. RAND found that shall-issue concealed carry laws have uncertain effects on total homicides, firearms homicides, robberies, assaults, and rapes. The evidence is inconclusive, but the American College of Physicians has no qualms about accepting works that violate many of RAND’s most important criteria.

The ACP wants to require gun purchasers to undergo an “educational program” before they can obtain a firearm and they support universal background checks, which would necessitate a licensing and permitting system as well as a registry of firearms and owners. This ignores the RAND Corporation’s finding that evidence on the impact of licensing and permitting regimes on firearm homicides and total homicides as well as total suicides and firearms suicides is inconclusive. The ACP is apparently only interested in pseudo-science “evidence” that supports their preferred anti-gun policies.

This position paper leaves one wondering if the authors reviewed the evidence, or just found works that suited their needs. For all of the bluster about their own important role in the anti-gun movement and all of the misuse of research findings, the ACP makes one thing clear: they respect their own rights and opinions far more than they do those of law-abiding gun owners.

The ACP’s first recommendation acknowledges their support for building coalitions of different perspectives on the firearm issue but makes no mention of firearms experts or lawyers. Health professionals and “injury prevention experts” are listed first and second. Their second recommendation holds that “state and federal authorities should avoid enactments of mandates that interfere with physician free speech.”

If only the ACP had the same sort of respect for the 2nd Amendment. The authors claim that the individual right to keep and bear arms was established by the Supreme Court.

The Supreme Court affirmed that right. That’s the sort of mistake one can expect when anti-gun doctors talk to themselves instead of lawyers or gun policy experts.