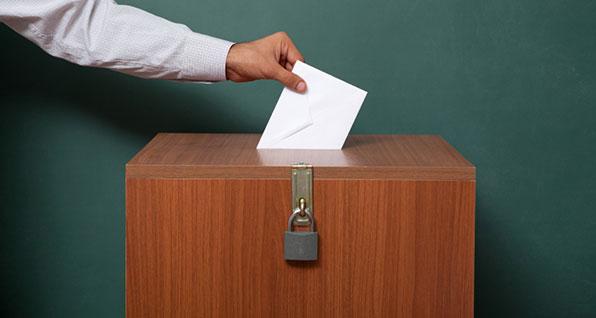 As a political action committee, BFA-PAC has been issuing endorsements in every election season for the past twelve years. Through a system of weighing candidate surveys, voting records (where applicable) and personal commitment to the cause, candidates are graded on the traditional A, B, C, D or F scale, in addition to being considered for an endorsement. Candidates who receive an "A" grade based only on our questionnaire are noted with an "Aq" grade.

"Every year gets tougher as more candidates want our endorsement," said Jim Irvine, BFA PAC Chairman. "Shooting is as popular as ever, and few candidates want to be labeled as 'anti-gun' or 'anti-self-defense.' Voters who value freedom can use our voter guide to help them decide which candidate best represents their views on this critical issue."

We have several statewide races where all Ohio voters can choose between a strong supporter and a proven anti-gun candidate. Jon Husted (R), Dave Yost (R) and Josh Mandel (R) all present clear choices for voters who value their Second Amendment rights.

John Kasich (R) and Mike DeWine (R) have also been supporters of your rights in their first terms as Governor and Attorney General, thus earning our endorsements. The races for Ohio Supreme Court Justice are critical, and Justices Sharon Kennedy and Judi French are candidates that every gun owner should be supporting.

We will continue to publish stories related to the elections and the choices facing voters in the days ahead. We highly recommend that you consider donating either time, money, or both to at least one of our endorsed candidates. Our endorsement is worthless unless you take action to support our candidates. When gun owners and freedom lovers respond with donations and volunteer to help our candidates, we can accomplish the unthinkable.

After decades with no progress, a "shall issue" concealed carry law, statewide preemption, a veto override, "Castle Doctrine" legislation, and many other improvements have been made because gun owner got involved. Our enemies have awakened and tough battles lie ahead, but gun owners have the power this year to protect and restore our rights to levels not enjoyed in years. Voting is no longer enough - activism is needed to win in November.

Thank you for joining us in support of our endorsed candidates. As we have experienced, for better or worse, elections matter. Friends don't let friends stay home on Election Day. Get out and vote for your freedom, and take a like-minded friend with you. The rights you save will be your own (or maybe your children's)!

*Grades were not issued for the Ohio Supreme Court Justice races. Additionally, none of the third party candidates who submitted surveys met our candidate selection criterion.

Buckeye Firearms Association endorsements can be found on our website's Ohio Voter Guide, or click on the links below:

Create a Custom Voter Guide for your district.

What the grades mean:

A+ = a strong supporter who has done more than vote with us every time. They are candidates that have answered a call to do specific work to improve our laws. We have kept the A+ rating very rare so you can identify the best of the best.

C = a candidate who has been helpful with some issues but has been against us on others. Oftentimes they simply need education to help them understand our issue, but sometimes they have concerns that we can not address without unduly burdening the law-abiding gun owner.

D = someone who generally votes against us, but is not necessarily hostile towards our rights.

F = someone who has a terrible voting record, is openly hostile toward our rights, and/ or has worked or helped others to restrict our rights.

?? = Someone who did not return a candidate survey, has no voting record, and for whom we could not find any pertinent information relating to firearms rights.