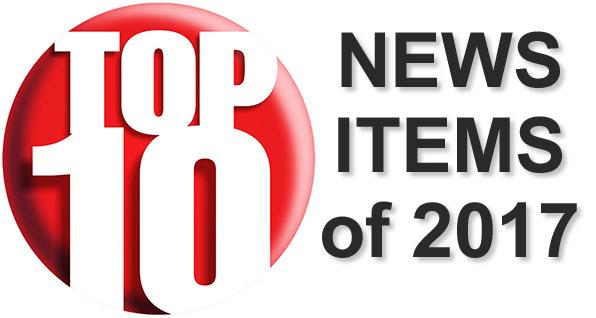 Over 1 million different people visited our website last year, creating over 2.23 million pageviews. Ours is an international audience, with visitors from 205 countries. 18% of visitors to our website are women. We have visitors of all ages, but most are aged 25 to 64. Nearly two-thirds of our visitors access our website on a mobile device or tablet.

We received the most visitors from the following ten cities, in order from 1 to 10: Columbus, Cincinnati, Detroit, Ann Arbor, Cleveland, New York, Philadelphia, Chicago, Pittsburg and Akron.

As content editor for BuckeyeFirearms.org, I always find it interesting to look back over the year to see which articles captured the most interest. Here are the Top 10 news items on our site from 2017.

Progress on and passage of pro-gun rights legislation is always a popular topic, and this year was no different. Even though passage of Senate Bill 199 occurred in late 2016, news on the progress and explanations about improvements took three of the top four spots. A fourth Top 10 article covered legislation passed this year by the Ohio House of Representatives - Rep. John Becker's DEFEND Act (HB 233). Also in the Top 10 - an article urging gun owners to support efforts to pass National Reciprocity legislation.

The third most-read article addressed the question of the legality of owning a Mossberg 590 Shockwave in Ohio due to its 14 inch barrel (Spoiler: It's not legal).

Rounding out the Top 5 was a news article covered Buckeye State news that went viral across the U.S. and beyond - the account of a 9 year-old first-time hunter being publicly shamed by her Ohio school teacher for having worn a shirt celebrating her harvest of a mature buck.

Articles on "must have" guns for end-of-the-world scenarios, or those wading into the "best caliber" debates always draw crowds, as did an article highlighting City of Cleveland gun control laws being struck down as unconstitutional.

News of our progress even got coverage on anti-gun sites such as MediaMatters.org and TheTrace.com.

What articles and topics will claim the top ten spots in 2018? What articles will make national (or international) news? Only time will tell!