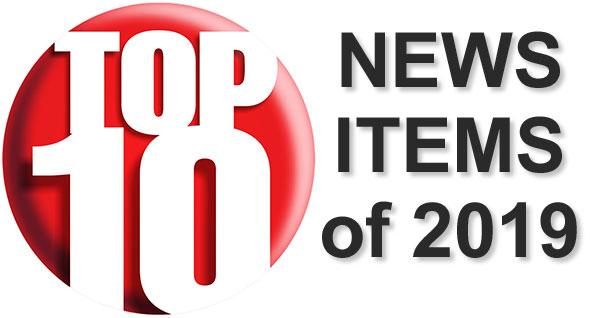 Ours is an international audience. Beyond the U.S., we receive the most visits from Canada, United Kingdom, France, India, Australia, Germany, Brazil, Philippines and South Africa.

Just under 20% of visitors to our website are women. We have visitors of all ages, but most are aged 25 to 64, with 25-34 being the highest percentage of users (yes, the Millenials we're always told by the media hate gun rights). More than two-thirds of our visitors access our website on a mobile device or tablet.

We received the most visitors from the following ten cities, in order from 1 to 10: Columbus, Cincinnati, Chicago, Nashville, New York, Detroit, Cleveland, Dallas, Atlanta, and Washington D.C.

In 2018, passage of House Bill 228 was the top story, as the Ohio General Assembly came back during the holiday break and overrode Gov. John Kasich's veto, finally shifting the burden of proof from the accused to the prosecution. News about that bill continued to dominate in 2019, with four of the Top 10 news articles (#1, #2, #9, and #10) addressing the contents of the bill, as well as the fallout from an 11th hour drafting error that was erroneously inserted into the bill by the Legislative Services Commission.

The third most-read article of 2019 informed owners of bump stocks what to do with their banned devices, following news that President Trump had issued an order saying, in effect, "Mr. and Mrs. America, turn them all in."

Given the continued push to enact gun control in the wake of terrible mass killings, and gun rights advocates' own attempts to protect the right to bear arms for those who wish to defend themselves, it should come as no surprise that the 2019 Top 10 was dominated by articles covering those efforts through legislation, lawsuits, ballot initiatives and more.

What articles and topics will claim the top ten spots in 2020? What articles will make national (or international) news? Only time will tell!