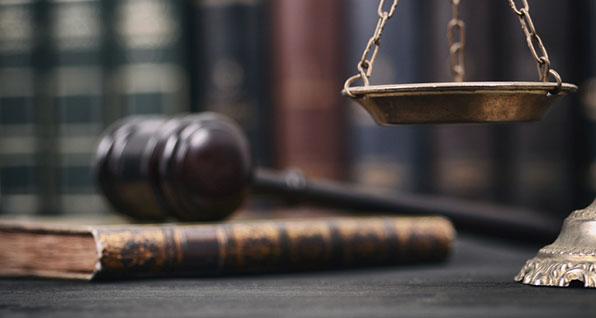 In early August, 2019, after the mass murders in Dayton, Governor Mike DeWine announced a 17-point plan to address violence, which is a key element of his “STRONG Ohio” initiative. The plan was introduced as SB 221, sponsored by Matt Dolan (R-Chagrin Falls).

Administration officials said the goal was to do something different from what others have attempted and carefully research what works and what can pass in both the House and Senate. And to be fair, the final plan does appear to reject the typical “red flag” approach and instead focus heavily on providing medical assistance for those suspected of being a danger to themselves or others.

As always, the devil is in the details. The bill weighs in at more than 200 pages, and there are issues that concern us throughout. However, let's take a look at just 4 main problem areas.

The voluntary background check will become a de facto mandate.

This concept may appeal to some people in theory, but it rests on the promise that it remains truly voluntary with protections in place so that a seller is not exposed to civil or criminal liability. Here are two big problems with this idea:

1. The Bill provides that the Dept. of Public Safety shall not issue a certificate until the background check is "complete" but does not define "complete" and does not provide a procedure for checks that remain delayed under NICS or other systems.

2. What is considered an unlawful transaction in weapons in R.C. 2923.20 is redefined so that the “mens rea,” or knowledge of wrongdoing, changes from “recklessly” to “negligently.” This is a big deal. "Reckless" means disregarding a known risk. "Negligent" means not recognizing a risk when a reasonably prudent person would have.

The practical effect of this is that the "voluntary" background check system will become de facto mandated because sellers will not want to risk criminal liability via negligence, with the penalty nearly doubling, increasing to 3 years in jail for negligently selling to a prohibited person, not to mention increased exposure to civil liability. For these reasons we oppose the creation and implementation of the “voluntary” background check scheme.

Doctor-patient confidentiality vanishes for those with alcohol or drug issues.

R.C. 2317.02 (Lines 602-1152) - The bill expands the exception to doctor-patient privilege and allows law enforcement officers to require health care professionals to produce records, not just pertaining to test results, but also to a person's conduct regarding the basis of commitment or hospitalization.

Under current law, only when criminal proceedings are under way can law enforcement obtain test results for alcohol or other drugs.

The new classes of people subject to the exception of doctor-patient confidentiality include persons who are allegedly suffering from alcohol or other drug abuse and who have proceedings to determine if they should undergo treatment and persons who have hospitalization proceedings (including pink-slipping).

Expanding the exceptions for doctor-patient privilege is a bad idea. As a society, we value certain relationships such as attorney-client, doctor-patient, or priest-penitent, and the necessity for honesty and forthrightness in those instances. We shield those communications from discovery and from the prying hands of law enforcement because we understand that the cost to society would be far greater if individuals were afraid to be honest in these relationships.

Expanding the exception to this privilege undercuts the goals of health care and places the adjudication of involuntary commitments above effective treatment. We oppose any expansion of the exceptions related to doctor-patient privilege.

Weapons possession penalties are on par with murder and rape.

A written statement from the officer accompanies the process, and the person is examined at the hospital within 24 hours and admitted in an unclassified status. A health professional must examine the person and may detain the person for no more than three court days without filing a further petition to a probate court.

Law enforcement or a health care professional may initiate proceedings in probate court to involuntarily commit an individual for treatment.

The Bill further provides that, upon such a petition, the probate court shall make a finding, by clear and convincing evidence, whether the respondent in the petition is either a chronic alcoholic or drug dependent person. If the court makes such a finding, it may order the respondent to involuntary treatment, commit that person, and seize the person’s firearms.

This is an attempt to expand the scope and size of those subject to involuntary commitment, with countless Ohioans affected. Involuntary commitment results in a lifetime firearms ban and under current law is properly limited to those with mental illness.

By expanding involuntary commitment to alcoholics and substance users, we are left with many serious questions:

How many people are we going to take into custody? Is forced treatment in a locked-down facility effective or helpful? Is this law actually going to reduce violence or stop the next mass killing? Regarding alcoholics or substance users who have not committed any crime, are they such a danger to society that we are now ready to place them in locked facilities and take away fundamental rights guaranteed by the Constitution?

The potential for abuse of power is obvious. The only check on all this appears to be the required showing of a substantial risk of harm to self or others. However, this does not require any crime to have been committed or alleged.

There are a variety of other problems with this bill, but these should concern every citizen in Ohio, whether you are a gun owner or not. The real-world effect of this bill would be to vastly expand the universe of potential citizens subject not only to a firearms disability, but also to a deprivation of liberty and loss of fundamental rights.