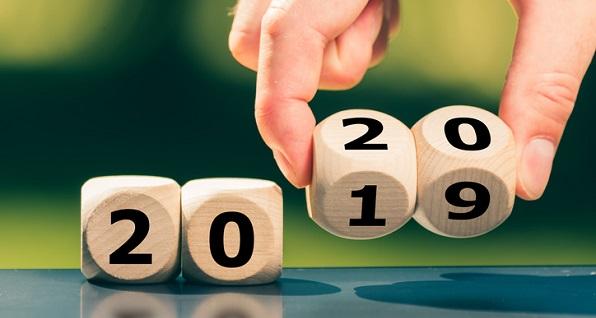 While there is far too much to cover in a single article, we reflect on some of the important events of 2019.

Under orders from President Donald Trump, the BATFE issues instructions to owners of bump stock devices on how to either destroy or surrender them to authorities.

Buckeye Firearms Association exposes three Republican state senators - John Eklund, Stephanie Kunze, and Peggy Lehner - who promised to vote for removing the duty to retreat before voting against it.

Two bills to impose so-called "universal" background checks are introduced in Congress. The bills, H.R. 8 and S. 42, are misleadingly described as simply requiring background checks on all sales of firearms, but this is just a small part of what these overbroad pieces of legislation would do.

The Marjory Stoneman Douglas High School Public Safety Commission issues a unanimously approved, 439-page report on the shooting at Parkland High School, aimed at preventing similar attacks and improving the response should they occur. The report, which is highly critical of responding deputies, calls on the Legislature approve a measure that would allow teachers "properly selected, thoroughly screened and extensively trained to carry concealed firearms on campuses for self-protection, and the protection of other staff and students in response to an active assailant incident."

The United States Supreme Court announces that it will hear New York State Rifle and Pistol Association v. The City of New York, a critical case involving the fundamental, constitutional right to travel with a firearm. Buckeye Firearms Foundation is asked to be a party in an amicus brief.

Ohio Supreme Court Chief Justice Pat DeWine notifies Buckeye Firearms Association that he opposes proposed amendments to the Rules of Superintendence for the Courts of Ohio that would empower law enforcement to seize guns. Many of these proposed changes would usurp the role of elected lawmakers and represent the most significant changes to Ohio law of our time.

New Jersey State Police report that not a single bump stock has been turned in following a ban on the devices in that state.

Buckeye Firearms Foundation, in cooperation with Ohioans for Concealed Carry, wins a lawsuit against the City of Cincinnati over its “bump stock” ban.

Legislators introduce an emergency fix to correct a drafting error that the Legislative Services Commission (LSC) erroneously inserted in the final version of HB 228 (Fix Burden of Proof/ Concealed Carry Modernization), hours before it was passed in late 2018. The bill is quickly passed by the House.

An Ohio judge rules against arguments being made by Bloomberg-funded Everytown for Gun Safety, in Gabbard v. Madison Local School District, that Ohio law requires more than 700 hours of peace officer training before staff can carry guns in schools.

The Ohio Senate passes the House version of emergency legislation intended to fix a drafting error erroneously inserted in the final version of HB 228. Buckeye Firearms Association representatives are in attendance when Governor Mike DeWine signs the fix into law.

Continuing to pursue the tightened gun policies that drove its stock down in 2018, Dick’s Sporting Goods (NYSE: DKS) announces it will remove hunting gear from about 125 stores.

The City of Columbus decides to ignore more than a decade of legislation and litigation in order to file a lawsuit to shred the Constitution and erase ALL gun rights statewide. City of Columbus v. State of Ohio seeks to overturn ORC 9.68, a section of Ohio law commonly known as "preemption," which prohibits cities from regulating firearms, their components, and their ammunition.

President Donald Trump's dictatorial ban on bump stocks takes effect in the United States. While lawsuits challenging the rule continue to move ahead, all efforts to win a broad stay on the rule until the courts have decided failed.

A company that was forced to destroy more than 73,000 bump stocks when the Trump administration's ban on the devices went into effect last month files a lawsuit against the federal government claiming more than $20 million in losses.

The Toledo Blade reports that area law enforcement, as well as U.S. Bureau of Alcohol, Tobacco, Firearms and Explosives agents in Ohio and Michigan, say they cannot document a single bump stock having been turned in as a result of President Trump's ban on the devices.

News of potential financial misconduct within the National Rifle Association ricochets through the gun rights community.

During his speech to the 2019 NRA-ILA Leadership Forum, President Trump announced that he would “unsign” the United Nations Arms Trade Treaty (ATT) effectively withdrawing the United States from the treaty.

Buckeye Firearms Foundation announces that it has asked to be a party in an amicus brief to be filed in the upcoming U.S. Supreme Court case of New York State Rifle & Pistol Association v. City of New York (NYSRPA v. NYC).

Responding to a plea by sportsmen and a coalition of more than 40 sportsmen’s organizations, including Buckeye Firearms Association, the Ohio House of Representatives approves the state’s two-year budget (HB 166), with a major investment in conservation included.

HB 178 (Constitutional Carry, Concealed Weapons License & Remove Duty to Notify) is given more hearings and is passed on the House floor, only to be referred to a different committee by Speaker Larry Householder "for further review."

A so-called "grassroots" gun control group in Ohio announces it is filing a petition for a ballot initiative that would implement a gun registration scheme in Ohio, by requiring background checks for all gun sales online and at gun shows. The Ohio Attorney General’s Office rejects the group's initial summary.

The Cleveland Plain Dealer reports that yet another relative of anti-gun Cleveland Mayor Frank Jackson was arrested for committing a crime with a gun.

Three NRA Board members resign in the wake of continued assertions of financial misconduct within the organization. The three are Sean Maloney (who is a BFA Leader and Board member), our friend Tim Knight in Colorado, and Esther Schneider. The internal strife has already claimed Chirs Cox, long-time head of the NRA's lobbying arm; Oliver North, recent NRA President; and decade-long board member Pete Brownell. More board members resign later in the month, bringing the total to seven directors on the NRA's board who have resigned since May.

Ken Hanson, co-founder of Buckeye Firearms Association, passes away after an extended illness.

Gun control extremists seek to exploit terrible occasion of three mass murders in a week - in Gilroy, California, El Paso, Texas, and Dayton, Ohio - for their own political gain.

In response to the mass murder in Dayton, Governor Mike DeWine holds a press conference and announces a 17-point "Safety Initiative," which includes a heavy focus on mental health and enforcement of current laws, but also mentions so-called "universal" background checks and so-called "safety protection orders." Buckeye Firearms Association reiterates that we will never support "universal" background checks or a "red flag" law.

A former friend of the Dayton killer says the murderer was “definitely not a right-leaning person", "pro-gun control" and "wanted to promote a change with gun [laws]."

Walmart announces it will discontinue sales of rifle ammunition such as .223 and 5.56 caliber as well as stop sales of handgun ammunition. In Alaska, they will stop all handgun sales.

Second Amendment supporters from around Ohio and beyond gather at Blackwing Shooting Center to celebrate and memorialize one of gun owners’ greatest allies and advocates – L. Kenneth (Ken) Hanson. Hanson, co-founder of Buckeye Firearms Association (BFA), passed away Sunday, August 4, 2019. He was 49 years old.

BFA announces the launch of the Ken Hanson Constitutional Law Scholarship both to honor our friend and to promote the study of Constitutional Law. This scholarship will be offered through our 501(c)(3) Foundation and all donations will be tax-deductible.

The Senate Government Oversight and Reform Committee begins hearings on a flood of gun control bills, all of which Buckeye Firearms Association opposes.

During the 2019 Gun Rights Policy Conference, Second Amendment Foundation Founder Alan Gottleib presents Buckeye Firearms Association (BFA) leaders with the Citizens Committee for the Right to Keep and Bear Arms 2019 Affiliated Organization of the Year Award "in recognition of the tireless hard work and dedication to the preservation of the individual right to keep and bear arms by its members. Gottleib also presents BFA Chairman Jim Irvine with the Second Amendment Foundation 2019 Distinguished Service Award.

The U.S. House Judiciary Committee holds a hearing titled, "Protecting America from Assault Weapons" - a giant display of hatred of guns, and those who own one, or might benefit from defensive use of a firearm.

A 19-year-old man who posted a photo of himself with a large gun in his pocket in Cleveland Mayor Frank Jackson’s driveway is named in new court documents in a gang case involving the mayor’s great-grandson.

A bill that seeks to enact Governor Mike DeWine's 17-point "Safety Initiative" is introduced in the Senate by Sen. Matt Dolan (R). Ohio Speaker of the House Larry Householder expresses his "deep concern" that some provisions in SB 221 go too far.

Buckeye Firearms Association announces its opposition to SB 183, introduced by Senators Cecil Thomas (D) and Peggy Lehner (R), which aims to require universal background checks on anyone seeking to buy a firearm.

Dick's CEO Ed Stack admits to CBS Sunday Morning that his company has lost one-quarter of one billion dollars in the wake of his decision to join anti-gun forces who are trying to ban America's most popular rifle.

The Senate Government Oversight and Reform Committee holds hearings on several gun-related bills that have been introduced in the Ohio Senate, including Sen. Matt Dolan's SB 221. Buckeye Firearms Association announces its oppositon to SB 221.

SB 237 is introduced by Senator Terry Johnson (R). The bill would eliminate the "duty to retreat" for victims of violent crime. Buckeye Firearms Association endorses the bill. The bill is given two hearings in the the Government Oversight and Reform Committee, and BFA and NRA-ILA offer proponent testimony, along with others.

The U.S. Supreme Court passes on a petition to review Remington Arms v. Soto, a case which creates a new anti-gun exception to the Protection of Lawful Commerce in Arms Act's (PLCAA) protection.