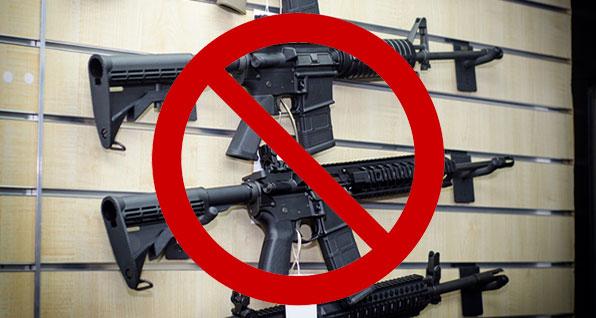 This proposed legislation bans the sale, transfer, manufacture and importation of common AR-15 and AK-47 style semi-automatic rifles and standard-capacity magazines that hold more than 10 rounds of ammunition. Read the bill here.

Ignoring the fact that handguns, not rifles, are used in the overwhelming majority of murders, bill sponsors claim the bill is designed to "make our cities and towns safer and more secure and help to reduce gun deaths." But that is clearly not true.

In fact, the number of "rifle murders" has been falling since the previous federal Assault Weapons Ban, enacted in 1994 during the Clinton Administration, and which expired in 2004. Citing the same FBI data, John Lott points out this trend:

With all the concern about assault weapons since the federal ban sunset in 2004, it is interesting to see what a small share of murders are committed with any type of rifle and how even that share has fallen over time. The percentage of firearm murders with rifles was 4.8% prior to the ban starting in September 1994, 4.9% from 1995 to 2004 when the ban was in effect, and just 3.6% after that (3.9% if you look at just the first ten years after the an ended).

AR-15s are the most popular rifles in the United States, used by law-abiding citizens every day for sport, hunting, and self-defense. Estimates of legally owned rifles of this type total 10 million to 20 million in the U.S. If ever there were a type of firearm protected by the Second Amendment, it is this.

Nevertheless, the Biden administration appears committed to wasting more time and money on a policy that has proven irrelevant to crime and safety. This is a purely partisan bill.

The ban applies only to rifles manufactured after the bill becomes law. Currently owned rifles will be "grandfathered" and legal.

In addition, the bill exempts by name more than 2,200 firearms, mostly shotguns, but also small-caliber, lever and bolt action, single shot, rimfire, and competition models. In my opinion, this is a cynical tactic intended to create a false impression of fairness.

First, this will be a hard sell in an evenly-split Senate, where Republicans and moderate Democrats are already eyeing the 2022 elections and know all too well what a harsh political backlash an AR ban like this would cause.

Second, the most likely effect of this bill will be to further energize sales of AR-15s to all-new records in an already red hot gun market. If Feinstein and company truly believe black rifles are evil and ban-worthy, why would they do the one thing guaranteed to pump millions more such firearms into the civilian population?

So what can you do to fight against this bill? Contact Ohio's Senators, Sherrod Brown (one of the bill's sponsors) and Rob Portman. Tell them you oppose this bill and expect them to oppose it as well. Click here to send them a message. Or pick up the phone and call.