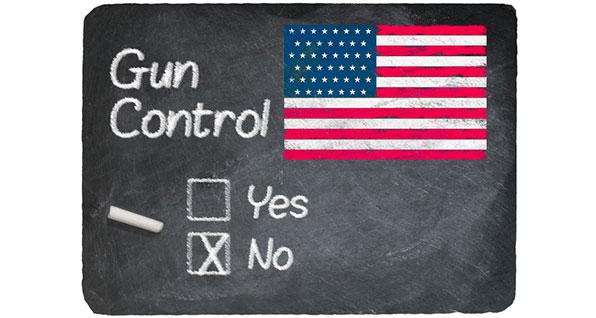 Yesterday, March 18, at about 10 a.m., Columbus City Council announced a hearing for next week to discuss passing laws regulating firearms. Media immediately began contacting Buckeye Firearms Association to see what we had to say about it.

We told them Ohio law forbids cities from regulating firearms, components, and ammunition, and that what councilmembers were proposing was illegal.

I don't know whether our comments had anything to do with the postponement. And I don't know when, or if, the hearing will be rescheduled. What I do know is that Columbus has not yet learned that they CANNOT legally pass gun control laws.

Ohio state law clearly and forcefully forbids cities from engaging in any form of gun control. This has been true for 14 years, ever since we helped enact what is commonly referred to as "preemption." This is a part of Ohio law that overrides home rule and establishes one consistent set of gun laws throughout the state, rather than allow a confusing patchwork of laws from city to city.

Columbus City Council is fully aware of this because we successfully sued both Columbus and Cincinnati in high-profile cases over the attempt to illegally regulate "trigger enhancers," such as bump stocks. Columbus repealed their ordinance as a result of this suit.

Councilmembers Mitchell J. Brown and Shayla Favor, who were scheduled to lead the meeting, must also be aware that cities are forbidden from regulating firearms. Brown serves on the Public Safety Committee, and Favor previously served as Assistant City Attorney.

What were the proposals to be discussed?

"Councilmember Mitchell J. Brown, chair of the Public Safety Committee will conduct a hearing to discuss proposed gun possession, storage and sale legislation within the City. The package was developed as a proactive measure to address violence.

"This past year, Columbus experienced a record number of firearm-related injuries and deaths," said Councilmember Brown. "It's time for the City of Columbus to take legislative steps toward reducing the impact of gun-related violence in our neighborhoods."

The announcement went on to specify three items as the focus of the legislation:

The third item is already illegal under federal law. The first two items are clearly attempts to regulate firearms and components.

Here's what Ohio law says in ORC 9.68. Highlights are mine.

The individual right to keep and bear arms, being a fundamental individual right that predates the United States Constitution and Ohio Constitution, and being a constitutionally protected right in every part of Ohio, the general assembly finds the need to provide uniform laws throughout the state regulating the ownership, possession, purchase, other acquisition, transport, storage, carrying, sale, other transfer, manufacture, taxation, keeping, and reporting of loss or theft of firearms, their components, and their ammunition. The general assembly also finds and declares that it is proper for law-abiding people to protect themselves, their families, and others from intruders and attackers without fear of prosecution or civil action for acting in defense of themselves or others. Except as specifically provided by the United States Constitution, Ohio Constitution, state law, or federal law, a person, without further license, permission, restriction, delay, or process, including by any ordinance, rule, regulation, resolution, practice, or other action or any threat of citation, prosecution, or other legal process, may own, possess, purchase, acquire, transport, store, carry, sell, transfer, manufacture, or keep any firearm, part of a firearm, its components, and its ammunition. Any such further license, permission, restriction, delay, or process interferes with the fundamental individual right described in this division and unduly inhibits law-abiding people from protecting themselves, their families, and others from intruders and attackers and from other legitimate uses of constitutionally protected firearms, including hunting and sporting activities, and the state by this section preempts, supersedes, and declares null and void any such further license, permission, restriction, delay, or process.

There can be no misunderstanding that ammo magazines (a firearm component) and firearm storage are included in this statement of preemption.

So when Columbus City Councilmembers suggest passing laws regulating magazines or storage, they are suggesting laws that violate state law and again open up the city to legal action. And when they pretend that straw purchases are not already illegal, they are misleading the public.

Why would Councilmembers want to waste taxpayer dollars on such folly?

It is true that Columbus is experiencing a horrific spike in violence and death, including homicides. And undoubtedly Councilmembers are hearing from their constituents and feel the need to take action.

However, even if City Council could legally pass such laws, it wouldn't change the situation in Columbus. Limiting the size of magazines won't stop local homicides. And storage laws are unenforceable without intrusive house to house inspections.

As for straw purchases, again, this is already illegal under federal law. In fact, Council Chambers are about a half mile from the ATF field office in downtown Columbus. That's a four minute drive or a 10 minute walk.

If you care to let Columbus City Councilmembers know how you feel about all this, their contact information is here.

In the meantime, Buckeye Firearms Association will be watching this matter closely. And we urge Councilmembers to abandon any attempt to violate state law and regulate firearms, components, or ammunition.

Their time would be better spent looking for ways to help Columbus recover from the pandemic lockdowns and get everyone's lives back to normal.

If City Council announces a new hearing date on this matter, we'll let you know. And you can attend the virtual online hearing to personally share your thoughts with Councilmembers.