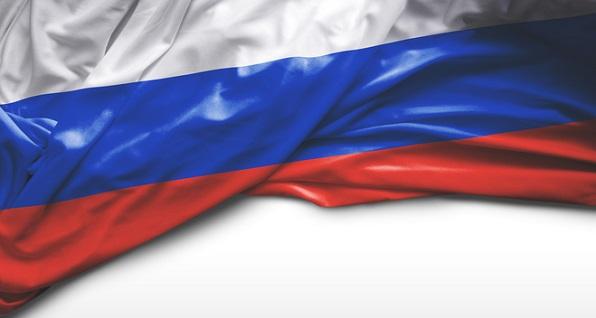 NPR reported recently on yet another school shooting in Russia - this time at Perm State University, where a student opened fire on his classmates.

At least eight people are dead and two dozen injured at a university in Russia after a gunman opened fire, and some students jumped out of second-story windows in an apparent effort to escape the attack.

The shooting occurred at the Perm State University in the city of Perm, about 700 miles east of Moscow. Russian authorities said the suspect — identified as a student at the university — had been detained and was being treated at a hospital. Local media said that ahead of the attack, the suspect had posted to social media saying he was motivated by hatred, not politics or religion.

During the attack, staff and students locked themselves in rooms, and the university asked anyone who could to flee the campus, The Associated Press reports. Video circulated online showed students leaping from second-floor windows.

The American news media aren't giving wall-to-wall coverage on this attack, but it deserves the attention of the American public. Why? Because every law that gun control advocates claim will stop these attacks here in America is already in place in Russia, and the terrible results speak for themselves.

The Associated Press notes that Russian citizens must undergo significant background checks to own any firearm. They must also attend gun-safety classes and pass a federal test. Private transfers of firearms are illegal.

According to the Moscow Times, the attacker in this case had recently passed all Russian government background checks tests and received permission to own a firearm to use for hunting.

Russian law bans civilian ownership of the kinds of rifles gun control extremists have incorrectly branded as "assault weapons." The AP reports that guns are tightly restricted in Russia. Civilians can own only hunting rifles and smooth-bore shotguns.

According to Russia’s Investigative Committee, the attacker in this case used a "smoothbore hunting weapon," with other news reports indicating he had a permit for a pump-action shotgun. The university press service stated that his weapon had been designed to fire non-lethal rubber or plastic projectiles, but the Associated Press notes it may have been modified to fire traditional ammunition.

Gun control extremists and their mainstream media cohorts have branded standard capacity magazines for modern sporting rifles and most semi-automatic handguns as "high-capacity" magazines, and claim that banning them will prevent school shootings.

The attacker used a firearm that likely didn't even have a detachable magazine, let alone one that held more than ten rounds.

Although they do everything they can to hide it these days, gun control extremists' ultimate goal is to ban ALL guns. In the 1970's and 1980's, they were much more open about this goal. Indeed, the Brady Campaign to Prevent Gun Violence was originally named Handgun Control, Inc.

The Brady bunch would fit in well in Russia, where the ownership of handguns is illegal. But again, the attacker in this case used a hunting rifle.

ALSO NOTE: according to the Law Library of Congress, there is a huge black market for weapons in Russia, and most weapons used by criminals are stolen military or police guns, guns sold by law enforcement personnel who seized illegal weapons from criminals and did not register the confiscation of those firearms, or firearms made from modified non-lethal guns. As such, even if every Russia-style gun control ban were to be implemented here, it wouldn't prevent criminals from gaining access to guns. We know this because it hasn't prevented it in Russia.

Gun control extremists hate American concealed carry laws, especially when they allow citizens to carry in schools. They routinely fight efforts to allow persons with concealed firearms to protect our students in schools.

Concealed carry is banned in Russia, as is carrying guns for self-defense.

The attacker in this case was able to carry out his attack because no one was around who was allowed to carry a firearm and fight back.

Gun control extremists claim we can prevent school shootings by passing laws which violate Americans' constitutional right to due process of law by allowing police to take firearms from people who may be exhibiting certain "red-flags," without respect for their Constitutional right to due process. Russia has taken it one step further, denying ANYone who is mentally ill or who has been treated for substance abuse the ability to own a firearm.

The attacker in this case said he was "overflowing with hate" and that he had been planning the shooting and saving money to buy firearms for a long time. These red flags did not prevent the Russian government from giving him permission to own a firearm.

Gun control advocates claim that we can prevent school shootings by passing laws that would blanketly mandate that firearms be stored in certain ways, often making them largely inaccessible when needed most - in an attack necessitating the need for self-defense.

Russia has strict procedures regulating the storage of firearms by private individuals, but the attacker in this case was not deterred.

This attack was in May preceded by a similar attack in the city of Kazan, in Tatarstan, when a 19-year-old attacker used a gun and an improvised explosive device (IED) in a school there, killing seven students, a teacher and a school worker and injuring 21 others.

In 2018, 20 people were killed and about 70 wounded in a gun and IED attack at Kerch Polytechnic College in Crimea.

Despite the fact that Russia has already tried LITERALLY EVERTHING gun control advocates claim will prevent school shootings here in America, don't be surprised when they are right back to suggesting these "solutions" the next time a high-profile attack occurs here. That's because their real goal ISN'T to prevent school shootings - it's to overturn the Second Amendment and bring Russian-style gun control to our shores.