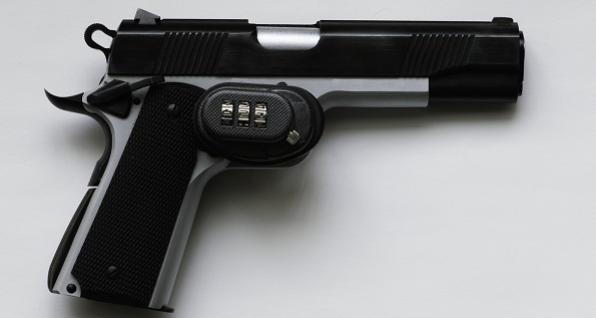 We often say there is no need to speculate on what the true purposes and effects of gun control are, as real-world case studies abound. This week’s example comes from Canada, where a government official justified a recent gun ban’s grandfather provisions for formerly lawful firearms – presumably included to appease law-abiding owners – by explaining they rendered those guns “legally useless.”

Gun owners in the U.S. should take note, as a recently-introduced federal ban on semiautomatic firearms seeks to employ a similarly disingenuous bait-and-switch.

An article in the Toronto Star...described Canadian gun control advocates as feeling “betrayed” because the leftist Trudeau government’s 2020 gun ban doesn’t go far enough to suit their tastes. Although the ban affects some 1,500 different types of guns and authorizes the government to compensate current owners for their surrender, it also allows owners of the formerly-lawful guns to keep them, subject to mandatory licensing, registration, and “secure storage” requirements.

That supposed accommodation has Canadian gun control advocates outraged, according to the Star. One claimed that Trudeau himself had kissed her on the cheek and promised to take existing models of the newly banned guns “out of circulation.” For the activists quoted in the article, that means that only a surrender or seizure mandate for the existing guns will suffice.

The Star noted Trudeau’s government had two main responses to these accusations.

The first was that the measures taken last year to reduce Canada’s stock of civilian owned firearms were not the end of the government’s efforts in that regard. The Prime Minister’s Office assured the activists, “the government is committed to stronger gun control and will continue to work toward that.” In other words, as U.S. gun control advocates like to say, the 2020 legislation was merely “a step in the right direction” and contained the tacit promise of future crackdowns.

The second admission was more extraordinary and perhaps revealed more than the government would normally care to admit: the law’s “grandfather” provisions are actually a sham.

Specifically, Mary-Liz Power, a spokesperson for Public Safety Minister Bill Blair, explained “that the bill would require people with prohibited guns to get licences so the government knows where the banned guns are, and to follow ‘strict storage’ rules that would make them ‘legally useless.’”

In other words, the government had reassured existing owners of the banned guns that they could keep them, subject to certain requirements, while later explaining to the ban’s advocates that anything the owners actually did with those guns would place them in legal jeopardy.

Here in America, anti-gun federal lawmakers have already introduced their own bills to ban popular semiautomatic firearms and to require “secure storage” of all lawfully owned guns. The semi-auto ban, much like the Trudeau’s government’s legislation, would also impose its own version of a “secure storage” requirement for grandfathered guns, as well as additional government oversight for any future transfer or sale of those guns by existing owners.

The proponents of these bills insist they are merely “commonsense gun safety measures” and would not offend anybody’s civil liberties.

Can they be taken at their word?

Consider that, unlike Canadians, Americans have Second Amendment rights. The U.S. Supreme Court has ruled these rights protect firearms “in common use … for lawful purposes “ and prohibit the government from requiring those guns to be stored in such a manner that makes it “impossible for citizens to use them for the core lawful purpose of self-defense.” Among the firearms the pending federal legislation would ban is the AR-15, one of America’s most popular types of guns.

Gun owners in Canada who go through the time, expense, and bureaucracy of licensing the property they had already lawfully acquired might feel betrayed if they discovered the government won’t actually allow them to use their own guns or maybe even to take them out of storage.

Should Americans feel any more confident trusting the gun control proponents in our own government, who after all, regularly praise the efforts of their foreign counterparts and point to them as models for the U.S.?

Our advice: Don’t bet your guns on it.