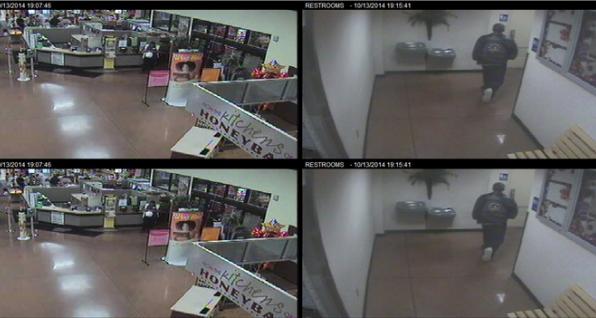 Hamilton, Ohio's Journal-News is reporting that a man reported being robbed in a bathroom at a Kroger store in Butler County - an incident that is drawing national attention due to claims by Michael Bloomberg's Moms Demand Action for Gun Sense in America that there is never a need to carry a firearm for self-defense in or near a grocery store.

A suspect who reportedly robbed a customer at a grocery store here Monday night remains at large.

The incident was reported around 7:15 p.m. at Kroger Marketplace, 7300 Yankee Road, in the Liberty Commons shopping center, according to the Lt. Morgan Dallman of the Butler County Sheriff’s Office Liberty Twp. substation.

When the man entered the restroom, another man put what he believed was a gun to the back of his head and demanded money. The man relinquished his wallet to the suspect and the suspect fled the scene.

“He was afraid to face him given the shock of thinking there was a gun pointing at him,” said Capt. Mike Craft of the sheriff’s office.

According to BearingArms.com, this is the third violent crime in or near a Kroger in recent weeks, with a teen mob beating a customer and two employees unconscious in Memphis, TN, and a man shooting a robber in self-defense in Kroger parking lot in Indianapolis, Indiana, just miles from the home of Moms Demand Action founder Shannon Watts.

No business is immune to crime, and this article is certainly not meant to single out Kroger, a Cincinnati-based company which has refused attempts by the Bloomberg Moms group to bully the company into adopting a "no-guns" victim zone policy. But given the media attention the anti-gun rights Moms group is generating about Kroger, people are naturally going to take special note of any crimes that occur in the stores.

Billionaire Bloomberg's newly-minted gun control groups, which includes the $50 million Moms and Everytown for Gun Safety, aren't getting off to a very good start, especially for groups that, like their predecessor Mayors Against Illegal Guns, didn't start with the grassroots and are simply PR smoke and mirrors.

At the time it was launched in April, and despite the fact that he can afford to hire the finest public relations experts available, Bloomberg's $50 million "Everytown" campaign forgot to secure a Facebook page - and had to threaten to sue when a Second Amendment supporter created one himself, using it to show what REAL gun safety is. The page accumulated more than 20,000 fans in just a couple of days, and state-level "off-shoot" pages began popping up all over the country.

Next, one of the group's board members, former Homeland Security Secretary Tom Ridge, quit the group, citing his discomfort with some of the political work the group was planning.

Later, the group made headlines when former MAIG boss Mark Glaze admitted to the Wall Street Journal that “it is a messaging problem” for gun control groups like Everytown “when a mass shooting happens and nothing that we have to offer would have stopped that mass shooting.”

Soon thereafter, the group released a list of 74 supposed school shootings that had occurred since the Sandy Hook massacre in Newtown, Connecticut. It was soon revealed by journalist Charles C. Johnson, however, that not only did some of them not take place on campuses but that “fewer than 7 of the 74 school shootings listed by #Everytown are mass shootings,” that one or more probably didn’t happen at all, that at least one was actually a case of self-defense, and that 32 could be classified as “school shootings” only if, as National Review's Charles C. W. Cooke put it, we are to twist the meaning of the term beyond all recognition.

Everytown's latest PR boondoggle is a commercial which depicts a woman calling 911 as her ex-husband kicks in the door, grabs her child and puts a gun to her head. The problem for the people in "Everytown" is that almost NO ONE in real towns who watched the commercial came away with the idea that everything would have turned out ok if only the bad guy didn't have a gun. Instead, most viewers - including several panelists on ABC's The View - found themselves wishing that the mother in the commercial DID have a gun.

Before the Kroger crime incidents, Bloomberg's Moms group suffered a PR blow when, in response to their attempts to intimidate national corporations into discriminating against a large segment of their customer base who carry guns for self-defense, more than 57,000 smaller businesses recognized an opportunity to win over new customers by hanging up the "welcome" signs. While they have claimed success in cases involving Starbucks, Target, Sonic and Chipotle, the truth is that not one of these corporations have posted "no-guns" signs in response to the Bloomies' efforts.