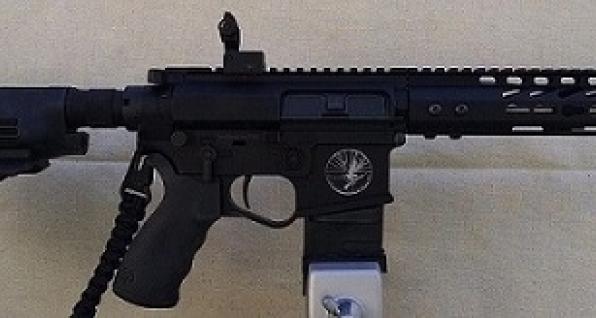 ATF backs off of ammo ban, but it's the "sporting purpose" test that needs to go

Feigning shock and surprise at the huge number of comments they received objecting to their plan to ban popular M855 ammunition, the Bureau of Alcohol, Tobacco, Firearms, and Explosives announced a tactical retreat from the plan. ATF, released a statement on Tuesday, March 9, saying that over 80,000 comments had been received objecting to the plan, and they were going to postpone any action until they could review those comments. They didn’t mention the two letters they received from the U.S. House and U.S. Senate, which contained similar objections and were signed by majorities from both those legislative houses, but that political pressure undoubtedly played a role in the decision.

At the core of the planned ammo ban is a 1986 law known as the Law Enforcement Officer Protection Act, or LEOPA. Passed as a result of media hype over so-called “Cop-Killer Bullets,” (which had never killed a cop) the stated objective of LEOPA was to prevent widespread distribution of “armor-piercing” handgun ammunition that might be used by criminals to penetrate police body armor. Even though the act’s sponsors stated that the act was not intended to apply to centerfire rifle ammunition, the final version that passed out of Congress included the phrase, “which may be used in a handgun,” as part of the ban criteria. Since the difference between a rifle and a handgun is simply a matter of how long the barrel and stock are, a “handgun” version of any rifle can be made in any caliber.

The modular design of the AR platform lends itself to creating such “pistols,” and the growing popularity of AR-type pistols is one of those unintended consequences of strict federal regulations. As I explained back in 2010, there are a lot of stupid gun laws on the books, and some of them involve creating legal distinctions between rifles, short-barreled rifles, and pistols. In short, rifles and pistols have few federal restrictions, but short-barreled rifles are treated the same as machine guns. Since federal gun laws make owning a short, compact rifle expensive and complicated, and since there are a lot of people who would like to have such a handy rifle, many of these folks have decided that AR, rifle caliber pistols are the next best thing. And of course, ATF says the rifle ammunition these guns shoot “may be used in a handgun.”

LEOPA was passed in the interest of protecting police officers from someone with a regular handgun – which police body armor is designed to stop - but using special, hardened metal bullets which can penetrate protective vests. It did not extend to rifle ammunition because police body armor is not designed to stop rifle fire, and all but the most impotent rifle cartridges will easily penetrate handgun-rated body armor, regardless of what the projectile is made of.

Back in 1986, right after LEOPA was passed, ATF took advantage of a clause in the law to provide a “sporting purpose” exemption to M855 ammunition. The action ATF recently threatened, and which they could revive at any moment, was not to declare M855 to be “armor-piercing,” they had presumptively done that in 1986 when they exempted it, but rather to remove the “sporting purpose” exemption.

M855 does not meet the statutory definition of “armor-piercing,” and, while there are definitely more semi-auto “handguns” chambered in 5.56 NATO available now than there were in 1986, that does not change the fact that M855 is still used predominately - in fact virtually exclusively - for sporting purposes, if you reasonably define “sporting” as lawful, i.e. non-criminal, recreational and personal-defense purposes.

This fight is about ATF trying to adopt and enforce the strictest, literal interpretation of the law, in spite of the stated intent of the law’s sponsors. They have a history of doing this, then claiming that their hands are tied by the letter of the law. But there are several glaring examples of the agency interpreting other sections of the law in ways that are convenient to them. For instance, several laws and regulations dealing with firearms, including LEOPA, use a phrase like “larger than .22 caliber,” to limit their application.

So should ATF start enforcing stricter laws and regulations on .22 rimfire, or stop enforcing them on the standard AR15 round?

Neither. I am just pointing out that ATF is quite capable of applying commonsense definitions to the letter of the law, and they should be doing so in their interpretation of LEOPA. Just as they reasonably interpret “larger than .22 caliber” to refer to .22 rimfire, they should also reasonably interpret the definition of “armor-piercing” in LEOPA to apply only to projectiles for the handguns police body armor is designed to stop. Likewise, when it comes to determining whether a gun or ammunition has a “sporting purpose” - which is a totally unconstitutional concept - the ATF should interpret that in the broadest possible sense rather than limiting it to deer hunting, skeet shooting, and traditional, slow-fire target sports. The number one shooting sport in the country is putting holes in soda cans and making rocks jump - plinking - and the AR in 5.56/.223 is probably the single most popular gun in the nation for doing that.

Until Congress gets off their duffs and removes constitutionally offensive language like “sporting purpose” from the nation’s gun laws - and ideally repealing most of those laws - we insist that the ATF, and the entire executive branch, stop trying to expand and extend their invasion on the rights of the citizenry, and interpret the existing laws in the most favorable way possible for the people who entrust them with that authority.

To that end, I would ask you to send a copy of this column to your favorite elected officials - especially the ones who claim to support gun rights and the Constitution. Give them the information they need to make wise decisions, and take away their excuses for failing to fix this untenable situation.

©2014 The Firearms Coalition, all rights reserved. Reprinting, posting, and distributing permitted with inclusion of this copyright statement. www.FirearmsCoalition.org.