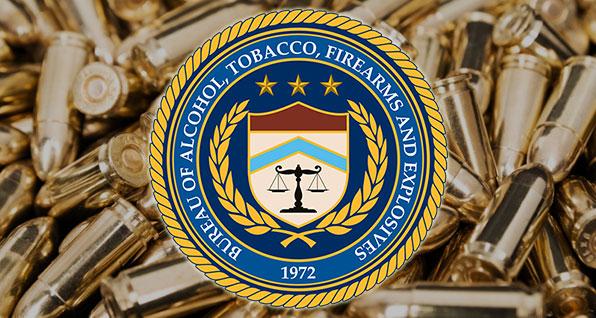 Rogue elements of the Bureau of Alcohol, Tobacco, Firearms and Explosives (ATF) are continuing their assault on certain types of commonly-owned semi-automatic pistols. According to the law firm Wiley, ATF has developed a new interpretation of “handgun” that threatens to curtail the supply of foreign-manufactured pistols and could put many law-abiding gun owners in legal jeopardy.

In early October, NRA-ILA alerted gun owners to an ATF decision regarding firearm manufacturer Q LLC’s Honey Badger pistol. Back in August, ATF sent a cease and desist letter to Q LLC notifying the company that the agency had determined the Honey Badger, which comes equipped with a pistol stabilizing brace - to be subject to the National Firearms Act as a short-barreled rifle.

The determination was very concerning for many in the firearms industry and community, as pistol stabilizing braces have become a popular accessory to many commonly-owned semi-automatic pistols. Since 2012, ATF had repeatedly found that firearms with pistol stabilizing braces, like the one equipped on Q LLC’s Honey Badger pistol, were not “designed, made, and intended to be fired from the shoulder,” and were therefore not subject to regulation under the NFA. With no notice or opportunity for public input, ATF appeared to be reversing course.

Thanks to the efforts of concerned NRA members and other gun rights supporters, in mid-October ATF notified Q LLC that it would suspend its original determination for 60 days pending the outcome of review by the Department of Justice.

Now, ATF appears to be attempting to limit the importation of certain large frame pistols.

Under federal law (18 U.S.C. 922(I)) it is unlawful “for any person, other than a licensed importer, licensed manufacturer, licensed dealer, or licensed collector, who does not reside in any State to receive any firearms unless such receipt is for lawful sporting purposes.” Further, 18 U.S.C. 925(d)(3) provides that “The Attorney General shall authorize a firearm or ammunition to be imported or brought into the United States or any possession thereof if the firearm… is generally recognized as particularly suitable for or readily adaptable to sporting purposes.” Therefore, in most circumstances, in order to import a firearm into the U.S. the firearm must be “readily adaptable to sporting purposes.”

This is what is known as the “sporting purposes test.” Under this regime, ATF has created a straight-forward point-based factoring criteria to determine what handguns may be imported. Federal law (18 U.S.C. 921(A)(29)) defines a handgun as “a firearm which has a short stock and is designed to be held and fired by the use of a single hand.” Handguns earn various amounts of points for individual characteristics and a minimum point threshold is required to pass the “sporting purposes test.” The “sporting purpose test” and ATF criteria were created with the goal of prohibiting the importation of small inexpensive handguns – so-called Saturday Night Specials. Therefore, the criteria favor larger and heavier handguns.

It is important to note that the “sporting purposes test” predates the U.S. Supreme Court’s decision in District of Columbia v. Heller. The Heller decision made clear Americans have an individual right to keep and bear arms for “lawful purposes, such as self-defense.” Given the Court’s emphasis on Americans’ right to access arms for a variety of lawful purposes, including self-defense, the continued validity of the “sporting purposes test” is dubious.

According to Wiley, in the last few months ATF has altered its interpretation of the statutory definition of a “handgun” and appears to be moving away from just using its point-based factoring criteria for pistol imports. Wiley noted, “In company-specific letters, [ATF] takes the position that if a submitted firearm is too long or too heavy, it fails to meet the definition of ‘handgun’ under the Gun Control Act, as it is not ‘designed to be held and fired by the use of a single hand.’”

According to the documents provided to Wiley, ATF will now take into consideration the following “objective design features” when determining if a firearm meets the definition of a “handgun.”

However, Wiley also pointed out that ATF has made clear that the “objective design features” are “neither binding on future classifications nor is any factor individually determinative[.]

Therefore, much like with the Honey Badger pistol, ATF is using subjective criteria to determine how a given firearm is regulated – in this case in order to prohibit certain types of common semi-automatic pistols from being imported. This creates an untenable situation for firearms manufacturers and importers who are unable to predict ATF’s conduct, and thus how to comport their behavior to the law.

Even more dangerous Is how ATF’s recent reinterpretation of the “handgun” definition may affect millions of law-abiding gun owners. In recent years, the AR-15 and other intermediate cartridge semi-automatic pistols have become increasingly popular. If ATF were to apply a version of their new subjective interpretation of the “handgun” definition to these firearms the agency could find that these common pistols are not “handguns.”

Such an interpretation could place these common pistols under NFA regulation as “Any Other Weapon[s]” (AOW). AOWs are required to be registered in the National Firearms Registration and Transfer Record. Possessing an unregistered AOW is punishable by up to 10 years imprisonment in federal prison.

In response to the Honey Badger classification and pistol import changes, Congressmen Richard Hudson (R-N.C.), Ralph Norman (R-S.C.), Greg Murphy (R-N.C.), and Jeff Duncan (R-S.C.) recently sent a letter to Attorney General William Barr and ATF Acting Director Regina Lombardo asking them to quickly address the inconsistent and unlawful actions of the agency. Congressman Hudson noted “ATF’s decision will turn law-abiding citizens into criminals overnight. As one of the strongest defenders of our Second Amendment rights in Congress, I appreciate my colleagues joining me in this effort to urge Attorney General Barr to protect the Constitution, end this injustice, and prevent it from going any further.”

A vital component of a free society is the rule of law. This includes the right of the citizenry to be placed on notice as to how they must conduct themselves in order to comply with the law. ATF’s recent haphazard and unpredictable interpretations of federal gun law imperil law-abiding gun owners and the companies who serve them.