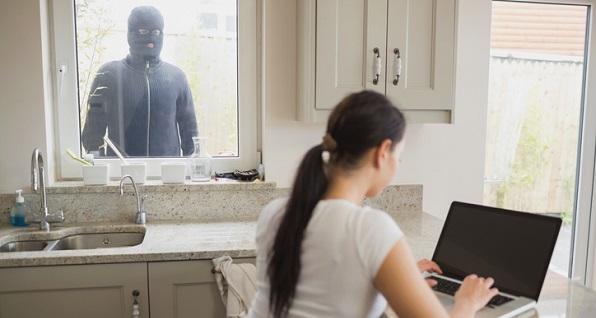 I had a long-time reader write to ask the following questions:

“My wife (who is not a fan of guns, concealed carry, etc.) and I were talking about self-defense the other day, and she asked what percentage of self-defense incidents happen on a person’s property (house/yard/garage/etc) versus anywhere else. The discussion came up as I was explaining why I favor carrying a weapon even at home (both inside and out in the yard, etc.)

I thought it was a great question, and didn’t have an answer, but I told here I knew of a good person to ask. So, here I am asking!

Do you know of any research on this topic? Or if not, do you have any educated guesses? Obviously the “in home” percentage would include a large number of domestic incidents, which are important but not something that would factor into my decision to carry at home.”

The short answer is that it depends on the type of crime. But overall, there are A LOT of crimes committed in or around the victim’s home. Let’s look at some of the numbers...

If we look at the NIBRS crime statistics as reported by the FBI, we see that when it comes to violent crimes (assault, homicide, kidnapping, sex offenses) we see that there were 836,354 violent crimes committed at the victim’s home/residence in 2012. That works out to almost 63% of all violent crimes.

If we look at the same set of data for property crimes only, we see a lower percentage. In that category about 44% of property crimes (like theft or vandalism) happen at the victim’s residence.

These statistics were reported by police departments to the FBI. All police departments are required by law to report these stats, but there is no penalty if they do not. Most departments do, but the numbers may not be completely accurate because there are some agencies that don’t share their stats with the feds.

Let’s look at another set of numbers…the Bureau of Justice Statistics Reports. Their National Crime Victimization Survey data says that ...
Between 2004 and 2008 —

These numbers were based on phone surveys conducted with crime victims. They may not be accurate either. There is an obvious selection bias here. The only people whose crimes were tabulated were those who both 1) had a phone and 2) were willing to answer questions by an anonymous polling agency. That’s hardly a representative sample.

To further confuse the issue, let’s look at yet another set of numbers…

Tom Givens is an excellent firearms and tactics instructor. He owns the Rangemaster Shooting School in Memphis Tennessee. In total, 64 of Tom’s students have been involved in an incident where they had to defend themselves with a firearm. Tom details the specifics of these events in THIS ARTICLE. In the article, he states:

“Only about 10 percent of our student-involved incidents occurred in or around the home, while 90 percent occurred in places like convenience stores, parking lots and shopping malls. The majority of the incidents began as armed robberies or carjackings, with a few violent break-ins involved.”

Tom’s student incident database is yet another example of selection bias. His students are motivated, financially well-off citizens who are well-trained and carry weapons. That really doesn’t describe the “normal” population as a whole. It is likely that these folks also have fairly well-planned home security plans and that the only places that they are truly likely to be attacked is when they leave the home.

The reader also pointed out an additional confounding variable…the fact that domestic violence is thrown in with other violent crime in most of the data sets reported by the government. Without discounting the effect of domestic violence on families, most of you aren’t arming yourself in preparation to shoot your spouse or significant other. You want hard data as it applies to criminal assaults by strangers. BJS statistics show that about 30% of violent crime is committed by a spouse, intimate partner, former intimate partner, or family member. If you didn’t want to include those statistics in your overall assessment, reduce the violent crime victimization numbers somewhere around 20%-30% (because not all domestic assaults happen in the home).

Further confounding all this research is the fact that many crimes go unreported. The Bureau of Justice Statistics claims that in 2012 there were 26.1 violent crimes reported for every 1000 citizens in the USA. They also state that 14.0 violent crimes per 1000 citizens ARE NOT REPORTED TO POLICE! That means that their data set truly encompasses only about 65% of total violent crimes. That much uncounted crime could certainly sway their statistics in a serious manner.

So, what does that give us for a number? When you factor out domestic violence, we see that somewhere between 20% and 40% (depending on what stats you use) of the violent crimes committed in the USA are committed in or around the victim’s home. With better training and awareness, this number can be reduced to around 10% (Tom’s students).

Does that justify carrying a gun around with you while in the house or yard? I can’t answer that question. You’ll have to decide for yourself. I’ll tell you this, I have a gun on my person every time I walk out of my front door, even if it is just to take out the trash or do a little yard work. I have a gun either on my person or within reach whenever I am inside with the doors locked. And I live in a neighborhood with a relatively low crime rate.

I’d rather not be included in any of next year’s crime statistics.