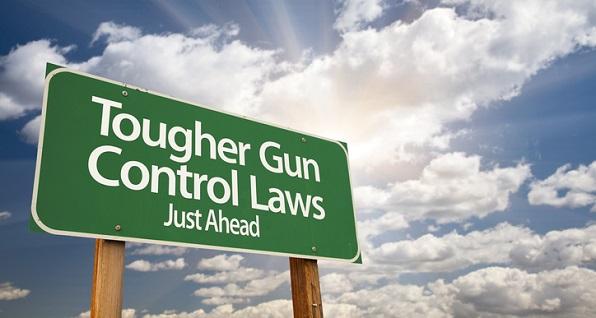 Gun confiscation is the goal. Gun confiscation has always been the goal. Thanks to a recent outburst by 2020 Democratic presidential candidate Robert (Beto) Francis O’Rourke, potentially millions more Americans are now aware of this fact.

On September 12, a visibly deranged Beto told the viewers of an ABC News Democratic primary debate, “Hell, yes, we’re going to take your AR-15, your AK-47.” As has become custom among the more frivolous candidates, the Beto campaign was selling a t-shirt with the intemperate statement later that evening. According to the Associated Press, on September 19 Beto stated that he is open to broadening his plan to include all semi-automatic firearms.

Beto’s comments have drawn criticism from some Democrats. However, it is instructive that the Democratic criticism appeared to be more about the former congressman’s strategy than the substance of his plan; they prefer confiscation that is well-cooked instead of raw.

Sad that Beto’s candor might foil his more subtle approach to identical gun control efforts, Sen. Chris Coons (D-Del.) told CNN, “I frankly think that that clip will be played for years at Second Amendment rallies with organizations that try to scare people by saying Democrats are coming for your guns,” adding, “We need to focus on what we can get done.” CNN quoted a “Democratic aide” as saying that Beto’s debate statement “only feeds into the NRA's narrative that Democrats are going to take away your guns.”

In other words: Stop it Beto. You’re spoiling the ending.

Beto’s bombastic delivery of their confiscation agenda even shamed the legacy media, who have long been complicit in obfuscating gun control advocates’ political aims. In response, the media was forced shine unwanted light upon the gun controllers’ confiscatory plans. As the editors of the National Review noticed, “For years, advocates of the right to keep and bear arms have suspected that confiscation was the endgame but have been rebuffed as paranoiacs in the press. Such a rebuffing is no longer possible.”

The National Review editors appreciated what NRA members already know: confiscation has long been apparent to those paying sufficient attention. The only surprise for Democrats was Beto’s failure to follow their long-standing script. Others seem to be slipping in kind:

In May, former 2020 Democratic presidential candidate Rep. Eric Swalwell (D-Calif.) did something similar while writing an op-ed for USA Today in which he described his plan to confiscate commonly-owned semi-automatic firearms. Making clear that he would imprison those who did not comply, Swalwell wrote, “we should criminally prosecute any who choose to defy it by keeping their weapons.”

Later that month, Democratic presidential candidate Sen. Cory Booker (D-N.J.) called for gun confiscation during an interview with CNN. When asked by anchor Poppy Harlow if that meant that otherwise law-abiding Americans would be imprisoned for failing to comply with his confiscation plan, Booker merely responded, “[w]e should have a law that bans these weapons and we should have a reasonable period in which people can turn in these weapons.”

In September, Sen. Kamala Harris (D-Calif.) expressed her support for gun confiscation. At an appearance on “The Tonight Show Starring Jimmy Fallon,” Harris called confiscation “a good idea” and told the audience that “we need to do it the right way.”

U.S. anti-gun politicians cheered Ardern’s confiscation effort. Democratic presidential candidate Sen. Bernie Sanders (I-Vt.) stated via Twitter, “This is what real action to stop gun violence looks like. We must follow New Zealand's lead, take on the NRA and ban the sale and distribution of assault weapons in the United States.” Rep. Alexandria Ocasio-Cortez (D-N.Y.) tweeted, “Christchurch happened, and within days New Zealand acted to get weapons of war out of the consumer market. This is what leadership looks like.”

Of course, the gun confiscation agenda didn’t start with the 2020 election cycle.

In 2015, failed 2016 presidential candidate Hillary Clinton expressed her support for Australia-style gun confiscation. When asked about Australia’s confiscation scheme at a town hall in Keene, N.H., Clinton noted, “I think it would be worth considering doing it on the national level if that could be arranged.” Clinton added, “I don’t know enough details to tell you … how we would do it or how it would work, but certainly the Australian example is worth looking at.”

In 2013, President Barack Obama pointed to Australia and the UK’s confiscatory gun control regimes in calling for a “transformation” of American gun laws. In 2014, Obama again pointed to Australia as an example for America during a Tumblr Q&A session. After describing his failure to enact gun control as the “biggest frustration” of his presidency, Obama stated, “A couple of decades ago, Australia had a mass shooting… And Australia just said, well, that’s it, we’re not seeing that again. And basically imposed very severe, tough gun laws.”

Decades ago, gun control advocates were just as explicit about their confiscation goals as many of the Democratic presidential candidates are today. They refuse to accept the benefits of gun ownership, and yet they’re the ones attacking the stubbornness of the Second Amendment?

In a 1995 interview with 60 Minutes, Sen. Dianne Feinstein (D-Calif.) expressed her support for gun confiscation. While discussing the 1994 Clinton semi-automatic ban, Feinstein stated, “If I could have gotten 51 votes in the Senate of the United States for an outright ban, picking up every one of them—‘Mr. and Mrs. America, turn ‘em all in,’ I would have done it.”

In the 1970s, groups like National Council to Control Handguns (later named Handgun Control, Inc. then Brady) openly called for a ban on the civilian possession of handguns. NCCH Chairman Pete Shields went so far as to explain how gun control advocates would bring about confiscation. In a 1976 interview with the New Yorker, Shields stated,

I’m convinced that we have to have federal legislation to build on. We’re going to have to take one step at a time, and the first step is necessarily—given the political realities—going to be very modest… So then we’ll have to start working again to strengthen that law and then again to strengthen the next law, and maybe again and again. Right now, though, we’d be satisfied not with half a loaf but with a slice. Our ultimate goal—total control of handguns in the United States—is going to take time.

An understanding that gun control advocates seek firearms confiscation must inform the entire gun control debate. As Shields pointed out, gun control measures build upon each other and facilitate the more extreme controls that anti-gun advocates have admitted they seek to enact.

As soon as you have every person private to private transaction. If you have a grandfather giving his grandson a shotgun to go bird hunting. If you have a federal government background check for that, what you will see the next step to be is the only way to enforce that is a federal gun registry, and a gun registry is the step you need for gun confiscation… you know we now have three of the ten Democratic presidential candidates actively advocating for gun confiscation. They are saying the federal government is going to come forcibly take your gun.

Cruz’s analysis of the situation was spot on. Gun control legislation that requires all private firearms transfers to take place pursuant to federal government interference is a necessary component for facilitating anti-gun politicians’ confiscation plans.

Gun control advocates have made themselves clear. Their efforts are not about “background checks,” or keeping guns away from “dangerous” individuals, or any other so-called “commonsense gun safety” measures.

They are not operating in good faith.

The gun control movement is about civilian disarmament through firearms confiscation. Beto simply let their cat out of the bag.