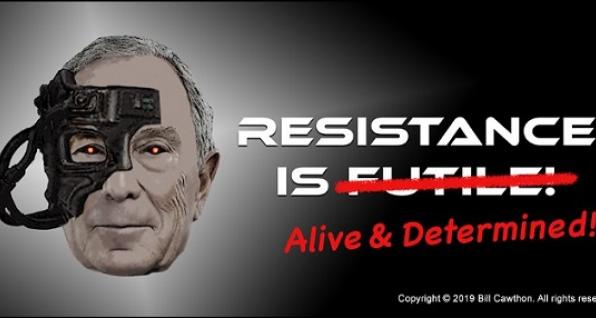 They intend to assimilate you and they don’t care how they do it.

I have been writing about guns, gun laws, and the battle over both, for several years. During that time, I have become aware of a disturbing trend among politicians and the general media.

Gun control has become perverted. It’s no longer about seeking real solutions; it’s about advancing a single agenda; a group of laws that offer no answers to violence but have become some sort of idol.

Universal background checks, assault weapons bans, and restrictions on magazine capacity are actually idiotic when closely examined. The legislation that has been proposed over and over again is horribly flawed. The Bipartisan Background Check bill recently passed by the House of Representatives actually contains the seeds of its own destruction. The Assault Weapons Ban of 2019 contains the same mistakes found in earlier versions and is completely useless when it comes to averting mass shootings. Bans on standard-capacity magazines require such a huge leap of faith that you might actually pass unicorns on your way there.

There are honest and sincere advocates who want to find the factors that drive gun violence. They understand that solutions may or may not involve new gun laws. This group includes many gun owners and even gun-rights advocates.

But they are not what we are seeing today. There is no room for them in the war over firearms in the United States.

Today we have what I have decided to call the Bloomborgs. These are the evangelists of the holy ban; the disciples of Michael Bloomberg; the NRA of the opposition. They are masters of the big lie and its most fervent believers.

There is no “epidemic of gun violence.” Data from both the FBI and the CDC show that the past ten years have had the lowest averages for total homicides and firearm-related homicides of any similar period dating back for decades.

That’s the Bloomborgs’ goal: assimilation. The truth is that gun control has never been about guns; it’s always been about control.

William Rosen, an attorney with Everytown for Gun Safety, testified at a Nevada state senate hearing. The hearing was for Nevada Senate Bill 143, the revised universal background check law. Not sure why Nevada legislators went back to the well; Bloomborgs screwed up the first attempt.

During the hearing, Republican legislator Tom Roberts, who has 34 years of law enforcement experience, questioned Rosen:

I’m really concerned about the people that don’t follow the bill, follow the law that you’re intending to pass here…. How’s law enforcement supposed to enforce this in the field? Say they’re not a prohibited person, but they still don’t abide by the transfer process, they just sell it like they’ve been doing at a gun show or whatever. How’s law enforcement supposed to investigate that and prosecute those cases?

Rosen’s response was true Bloomborg: “The ultimate goal of this type of legislation is not to put people in jail but rather to create a culture of compliance where law-abiding gun sellers require background checks…”

Remember, Bloomborgs are the ones that demonize gun owners, accusing them of being in a “gun culture” that, for some reason, is a bad thing. Bloomborgs want people shunned for no other reason than they own firearms. They are ruthless and miss no opportunity to attempt to shame gun owners in the public eye.

After the myth about gun epidemic, the Bloomborgs’ biggest lie has to be the accusation that gun owners don’t care about shooting victims because they persist in owning guns and resisting the Bloomborg agenda.

This must be nearly the ultimate in irony; the Bloomborgs rush in to score points whenever there is a mass shooting and accuse the NRA and others of being callous because they choose to wait until at least the preliminary findings are released.

Bloomborg and former Colorado governor John Hickenlooper weighed in on yesterday’s shooting at a synagogue in Poway, California. He said the shooting underscores the need for tougher gun laws.

Only problem is that all of the Bloomborgs’ laws are already in place in California, just as they were when Ian Long murdered 11 people at the Borderline Bar & Grill in Thousand Oaks.

After that incident, Senator Feinstein noted that the laws were in effect but blamed the influx of illegal guns from Arizona and Nevada. Feinstein’s comment was disingenuous: Long purchased his Glock pistol at a local gun store in complete compliance with California’s laws.

The Bloomborgs’ strategy calls for diverting attention instead of admitting any flaw.

Worse, the Bloomborgs exploit major tragedies. It takes a pretty heartless person to take advantage of the trauma and anguish of survivors and the grief of those that lost loved ones to stump for laws that would not have prevented a single injury or death.

A chink in the Bloomborgs’ armor was revealed by one of their own in 2014.

Mark Glaze, formerly the executive director of Everytown for Gun Safety and Michael Bloomberg’s Mayors Against Illegal Guns, was interviewed by the Wall Street Journal in June 2014. In the interview, Glaze was lamenting the difficulty the groups were having getting their preferred laws enacted. He noted that one of the obstacles was the fact their laws wouldn’t work.

Glaze talked to the Journal about 18 months after Sandy Hook.

Kamala Harris, the junior Senate Bloomborg from California said that politicians who oppose the Bloomborg agenda should be locked in a room with the autopsy photos of the children murdered by Adam Lanza.

I have a better idea: Let’s lock the Bloomborgs in a room with the autopsy photos of virtually every mass shooting victim over the past 25 years and tell them we know the truth.

Better yet, let’s tell everyone else. Americans desperately needs someone to tell them the truth. They’re never going to hear from the Bloomborgs.
As much as I hate to admit it, they’re not going to hear much of it from the NRA, the Giffords Law Center, the Gun Owners of America, or the Brady Center, either.

The U.S. is engaged in an epic battle involving an agenda that won’t work pitted against issues that don’t matter.

The Second Amendment isn’t an issue because it isn’t going to be changed. Bloomborgs could control the White House and have super-majorities in the Senate and House of Representatives and it still wouldn’t happen. There aren’t enough states that would support an amendment to repeal. There aren’t enough states that would agree to a constitutional convention to call one.

So instead of arguing about rights the Bloomborgs won’t even admit exist, the battle needs to change. Even the buzzwords need to be refreshed.
The Bloomborgs have created an inquisition. It’s less bloody but it’s no less ruthless and the tactics are very similar.

Own a gun? You’re a heretic and the Bloomborgs demand you be shunned until you repent. You are held responsible for every violent act committed with a firearm; the NRA is constantly hounded for not taking “ownership” of mass shootings.

Makes no sense: Does this mean everyone with a kitchen knife or baseball bat is responsible for murders and assaults committed with those? Does everyone with a belt, or extension cord share responsibility for suicides? After all, suicide by hanging is the one method that isn’t dropping in either frequency or rate and suicides continue to climb.

But it’s impossible to argue with a Bloomborg using facts. They have their own set of carefully crafted “facts” and use of independent, verifiable information is simply more evidence of heresy.

Just like a vampire shuns the daylight, Bloomborgs avoid direct, face-to-face confrontation, especially with a knowledgeable opponent in a venue they don’t control.

The key to resistance is understanding that we don’t have to persuade Bloomborgs. We only have to help those who have not been assimilated and those that are just in the early stages to escape the Bloomborgs’ thrall. Facts can be a worthy weapon against Bloomborgs when they are used to challenge the assimilation agenda.

Fighting the Bloomborgs is difficult but meaningful resistance is growing. Second Amendment sanctuaries are springing up in many states and judges are not only rejecting the laws the Bloomborgs love but challenging the dubious justifications used for them. With several key cases working their way through the federal courts, it’s possible that the U.S. Supreme Court can inflict mortal wounds on the Bloomborgs’ agenda even in their long-held strongholds.

We can defeat the Bloomborgs.