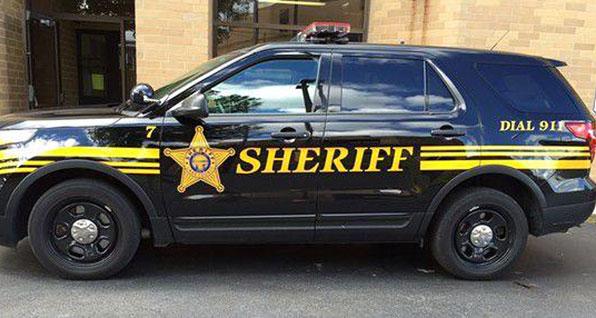 On March 19, 2020, Buckeye Firearms Association (BFA) issued an alert to members and supporters saying that due to health concerns about coronavirus, some Ohio Sheriff offices were canceling appointments for Concealed Handgun Licenses (CHLs), temporarily suspending applications and renewals, or limiting hours for license processing.

This set off a chain of events (outlined below) that included a quick legislative fix for expiring licenses unanimously passed in the Ohio House and Senate and signed by the Governor on March 27.

As of April 14, we can report that 7 of the 12 offices that suspended license processing have resumed processing licenses in some fashion, whether by appointment only, with new hours, or by limiting processing to new applications.

While this is good news, Buckeye Firearms Association has sent letters and emails to the remaining 5 offices inquiring about their plans to re-start their license processing as set forth by Ohio law.

Here is the text of the letters:

Beginning as early as March 16, 2020, Buckeye Firearms Association (BFA) learned that some counties were restricting Concealed Handgun License (CHL) processing hours and, in some cases, closing CHL operations entirely. I am writing on behalf of BFA and Ohio's 4 million gun owners to ask if your office has developed a plan to resume operating hours to accept and process CHL applications and renewals.

We are, of course, aware of the increasing level of restrictions to public activities in response to the spread of COVID-19 in Ohio and across the country that culminated in Governor DeWine’s “Stay at Home” order issued on March 22, 2020. And we fully understand your need to protect your staff.

Ohio Revised Code Section 2923.125(I)(1) requires County Sheriffs to publish available hours and provide a minimum of fifteen hours per week of open hours for the acceptance of applications and renewals. Can you advise us if there are any statutes that override this section of law under the declared emergency?

Considering the nature of the current health crisis, and in consideration of the extended relief granted by the Ohio General Assembly for expiring CHLs, we felt it reasonable and prudent to allow counties time to adjust to current events. However, with the timeline now approaching a month without the availability for Ohioans to have their CHL applications and renewals processed, we hope that counties have begun to develop a plan to comply with CHL law requirements.

Our concerns are amplified when considering that a person in danger or under threat of violence may also be precluded in some counties from obtaining a Temporary Emergency License under the present closure.

We have seen other essential functions establish protocols to ensure social distance requirements are maintained. Retail and grocery establishments, for example, have created floor markings to prevent crowding conditions, limited the number of people who may enter at any one time, or are now offering curbside or appointment-only service. Many banks are providing similar availability, staying open full hours, but by appointment only. We believe that CHL processing could resume under similar protocols.

Please advise us as to your thoughts and potential plans to resume CHL processing hours. We have also emailed your office. If you have already responded, please ignore this letter. Thank you for your time.

The 5 offices contacted include Sheriffs in Darke, Delaware, Madison, Meigs, and Montgomery Counties. We hope to hear back from them soon about their plans to re-start license processing.

To give you an idea about how quickly this situation has developed, here is a brief timeline:

March 9 - Governor DeWine declared a state of emergency for Ohio due to the COVID-19 pandemic.

March 16 - BFA began hearing reports that Concealed Handgun Licensees could not renew their licenses. BFA leaders immediately began discussing the matter with Governor DeWine and leadership in the House and Senate to assess the situation and explore options to address the problem, including a quick legislative fix.

March 19 - BFA issued an alert about the situation. We advised those with expiring licenses to check the status of their county Sheriff or contact the Sheriff in an adjoining county.

March 20 - BFA reported that we had received commitments from House and Senate leadership and the administration to take action to postpone expiration of CHL licenses as the state continues to address the outbreak.

March 25 - HB 197 unanimously passed in the Ohio House and Senate. The bill dealt with a variety of issues related to COVID-19, and a section was added to extend the grace period for expiring Concealed Handgun Licenses by 90 days.

March 26 - BFA began a comprehensive survey of all 88 Ohio County Sheriff offices to determine the status of license processing throughout the state. We enlisted the help of our Facebook followers to report offices they could confirm were not processing licenses. In short order, we identified 12 offices no longer processing licenses.

April 10 - About 4 weeks after the problem began, we re-checked the status of the offices we identified as having suspended license processing. Of the 12 that had originally closed, 7 had resumed processing, 5 had not.

Note that during this entire process, we have tried to remember that Sheriffs are often understaffed and overworked, especially during a statewide emergency. We respect them and their staff for the work they do. And we believe all of these license processing suspensions were about the safety of staff and citizens.

However, Ohio law specifically mandates that Concealed Handgun Licenses "shall" be issued by Sheriffs, and their offices must provide "a minimum of fifteen hours per week of open hours for the acceptance of applications and renewals." While the legislative fix provides an extra 90-day grace period for expiring licenses, and while everyone in the state can easily go to an adjoining county for license processing, we maintain that Sheriffs should find a way to continue processing licenses even during the statewide emergency and stay at home orders.

If grocery stores and pizza shops can figure out how to deal with the public and simultaneously observe health recommendations during a pandemic, then Sheriff offices can do the same. In fact, the vast majority of Ohio Sheriffs have done just that.

It is worth mentioning that this situation is the perfect argument for passing Constitutional Carry in Ohio. If no one needs a license to carry concealed, temporary closings of Sheriff offices never become a Second Amendment issue.

We will continue monitoring all 88 Ohio County Sheriff offices and report any updates to this developing situation.