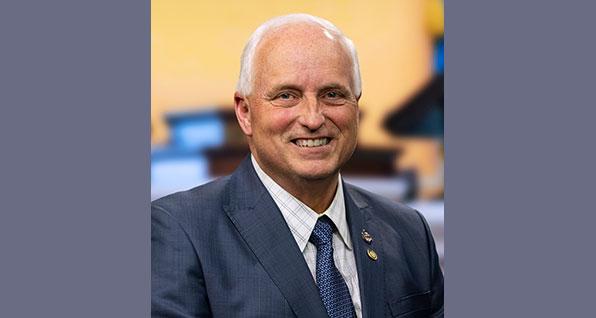 Sen. Terry Johnson is a retired military officer who recently concluded 4 terms in the Ohio Legislature as a Representative. Last year, he was chosen to fill the Senate seat vacated by former State Sen. Joe Uecker, who resigned in order to take a position with the Ohio Department of Transportation.

He is now running for that seat in District 14, including Clermont, Brown, Adams, Scioto, and Lawrence Counties.

Sen. Johnson has a long record of fighting for our Constitutional right to keep and bear arms. He started his first term in 2011 with A ratings from both the NRA and Buckeye Firearms Association legislative PACs, and thereafter received the coveted “A+” ratings, the highest a legislator can achieve.

He believes with "all of his heart and soul" that our Constitutional rights are worth fighting for. He understands that the center of gravity in the battle to reverse America’s drift toward socialism and communism rests primarily at the state level of government, and he has thrown himself into that battle to the full extent of his abilities.

Over the years, Sen. Johnson has sponsored and voted for several important firearms reform bills, including being the primary sponsor for this session's SB 237. This bill seeks to eliminate the "duty to retreat" for victims of violent crime.

Speaking about this bill, Johnson said, "Self-defense is a basic, natural human right. If a law abiding citizen is in mortal peril at the hands of an assailant, in addition to meeting the other criteria still required to prove self-defense, that victim should not have to bear the further burden of attempting to run away or retreat before defending their life."