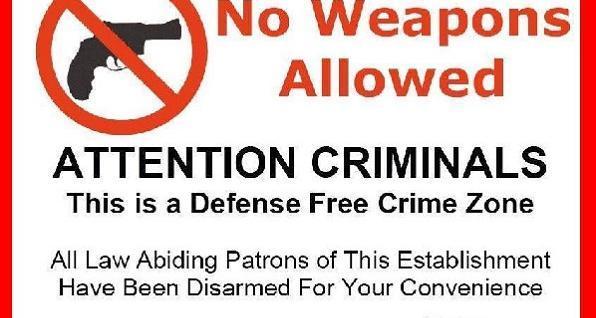 The fate of HB 48 (Eliminate many 'no-guns' victim zones) - a bill that was passed by the Ohio House of Representatives over one year ago by a whopping 68-29 vote - may come down to what happens in Ohio Senate the next 48 hours.

Currently it is against the law to possess a firearm on school property. There is an exemption for license-holders “immediately in the process of picking up or dropping off a child,” provided the license-holder remains in the vehicle. But drop off a spouse (not a “child”) for work, or your kids lunch/medicine/science project, and parents are subject to felony penalties. Parents with a CHL are prohibited from leaving the vehicle as may be required to sign a child out of the office or nurses’ station.

HB 48 would fix this mess by simply stating that the gun, as opposed to the license-holder, must remain in the vehicle. It fixes a problem that license-holders, schools, law enforcement and prosecutors have had issues with. Such a simple and common-sense fix should enjoy unanimous support.

For most people, the distinction between the “secure side” and the “non-secure” area of an airport is obvious. Non-secure areas include the road, parking garage, baggage claim, and check-in areas. The secure area is anything on the other side of security. But Ohio does not recognize this obvious difference for CHL’s. The same is true for police stations. HB 48 would fix this by allowing licensed individuals to possess firearms in the non-secure area, while leaving the prohibition in place for the secure areas.

HB48 would allow the carry of firearms in a private airplane, just as it does a private car/truck.

HB48 would eliminate the prohibition of having a gun in a day care facility. Requiring parents to disarm/rearm every time they drop off/pick up a child is inviting an accident. Leaving the gun holstered on one’s person is safer for the parent, children, and day care facility. Day care centers would still be permitted to adopt their own rules prohibiting firearms in their facility.

Current law allows grade schools to authorize individuals to carry firearms in school. This is a fast-growing trend among Ohio schools, many of which have taken advantage of “FASTER Saves Lives” training as part of their security measures. HB 48 would allow colleges and universities to similarly allow carry if they desired. Prohibiting institutions of higher education from adopting “best practice” protocols for violence including active killer/active shooter is bad policy. HB 48 fixes this problem and gives each institution the ability to do what they believe is best for their staff and students.

While this bill would greatly improve Ohio’s laws regarding concealed carry and bring the state more in line with generally acceptable standards and common sense, it has been vocally opposed by several who seem to put their anti-self-defense agenda above the good of their constituents.

We need a committee vote, and then floor votes in both chambers, to turn this bill into law. We can make this happen with YOUR help. But you must ACT NOW!

>>> CLICK HERE to use our Action Center to email your State Representative and State Senator.

H.B. 48 removes several “no carry” or “victim zones” from current law. Some have argued that we have not proven why removing those bans are proper. Carrying a firearm and defending one’s life are fundamental constitutional rights. The burden is upon the state to prove the need for such restrictions. With no legitimate reason presented, it is right to repeal the offending sections.

Studying active killer events, we see that they are almost always committed in these victim zones. Current law creates safe locations for those who intend to commit mass murder. Life is sacred and we should be doing everything we can to protect innocent life. H.B. 48 takes important steps in that direction.

In the wake of the Sandy Hook massacre, Buckeye Firearms Foundation offered a class for educators taught by John Benner of Tactical Defense Institute. We were told that teachers didn’t want to carry guns. In a few weeks we had over 1,000 people asking for training. Teachers love our kids and are willing to do anything to keep them safe.

Guns in schools seems controversial to some, but that is because they don’t understand active killer events or the deep bond school staff share with our children. This is NOT for everyone. But in every building there is someone who is going to respond to the event and do whatever they can to save the children, no matter what the policy, no matter what the consequences. They have proven they are willing to die for our kids. For those special people, we owe them the ability to stop the killing. With training they have the mindset, tools, and skills to end the violence and start treating the injured. If that is what we all want in these horrible situations, then you must change the law to achieve it.

Appropriate questions to ask are, “How long do we want the violence to continue?” and “Do we want a slow or a fast response time?” Thus our program, “FASTER Saves Lives.” We have trained over 600 people, in 170 school districts, in 8 states, including at least 63 of Ohio’s 88 counties. We have outstanding results, not a hypothetical idea.

As I stand here, there are schools all over Ohio where children are kept safe, not by a useless “no guns” sticker on the door, or words in a policy manual, but by trained, armed staff members.

Over the past two years we have opened up our training to some college faculty members. Their employers understand they are trained and competent to provide a critical layer of security for their staff and students. Under current Ohio law, it is illegal for colleges to employ best practices for violence. All they are asking for is the same ability that grade schools currently have; local control to do what is right for their school.

H.B. 48 is needed because it corrects several deficiencies our laws. We support its passage.