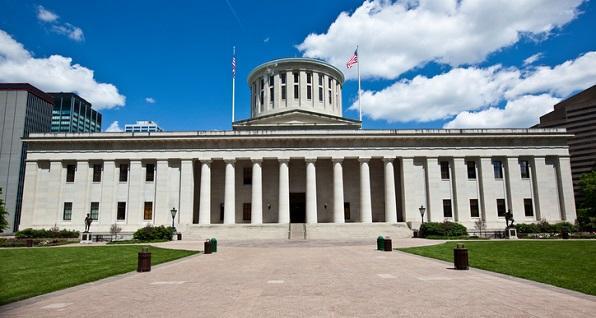 In an all-night marathon session at the Ohio Statehouse on Dec. 14 and 15, 2022, members of the House of Representatives passed Senate Bill 185 with a vote of 57 to 19 after it was amended into another bill. The Senate concurred with the amended bill with a vote of 29 to 0.

SB 185, sponsored by Senator Tim Schaffer, prevents state and local governments from infringing on Second Amendment rights and key hunting, fishing, and trapping activities during declared emergencies. It is the most powerful and comprehensive emergency powers bill of its kind in the United States.

BFA pioneered this bill and worked with our partners, the NRA and National Shooting Sports Foundation, to assist Sen. Schaffer and companion bill sponsor Scott Wiggam to write this bill and line up overwhelming support in the House and Senate, with over 60 sponsors and co-sponsors.

This bill took a wild ride through the Statehouse and was nearly derailed in the waning hours of the 2022 legislative session with a last-minute amendment, which the Senate rejected on concurrence. To save the bill, it was amended into SB 16, which had broad support and passed handily in the House at 4:40 a.m. on Dec. 15, followed by concurrence by the Senate at 5:30 a.m.

Passage of SB 185 marks the third of three high-priority bills Buckeye Firearms Association pushed to the finish line this year, the other two being SB 215 for Permitless Carry and HB 99 to exempt school personnel from 700+ hours of police training.

The bill now goes to Governor DeWine's desk for his signature.

Here are some of the key provisions of SB 185:

Prohibit, regulate, or curtail the otherwise lawful possession, carrying, display, sale, transportation, transfer, defensive use, or other lawful use of any firearm, ammunition, ammunition-reloading equipment, or deadly weapon;

Require the registration of any firearm, ammunition, or deadly weapon;

Seize, commandeer, or confiscate in any manner, any firearm, ammunition, ammunition-reloading equipment, or deadly weapon that is possessed, carried, displayed, sold, transferred, transported, stored, or used in connection with otherwise lawful conduct;

Suspend or revoke a valid concealed handgun license, except as expressly authorized by law;

Prohibit, suspend, or limit the business operations of any entity engaged in the lawful selling or servicing of any firearm, ammunition, ammunition-reloading equipment, or deadly weapon;

Prohibit, suspend, or limit the business operations of any indoor or outdoor shooting range or any entity engaged in providing deadly weapon or firearms training;

Place restrictions or quantity limitations on any entity regarding the lawful sale or servicing of any firearm, ammunition, ammunition-reloading equipment, or deadly weapon;

Provides that if a concealed handgun license is scheduled to expire during an emergency or 30 days prior to an emergency, the license is automatically extended throughout the duration of the emergency plus an additional 90 days.

Specifies that any person, group, or entity adversely affected by any manner of law enacted or enforced in violation of the bill may file an action for damages, injunctive relief, declaratory relief, or other appropriate redress.