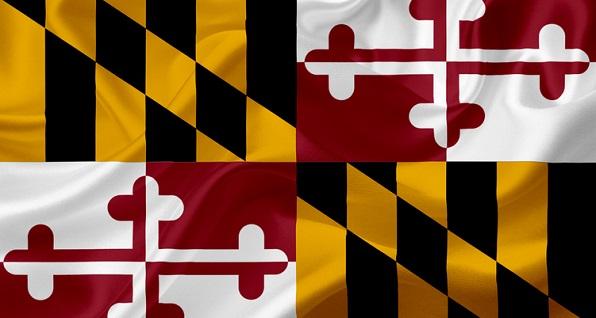 Last week I traveled to Maryland to testify before the House Judiciary Committee on House Bill 760 sponsored by Delegate (similar to a “Representative” in Ohio) Richard Impallaria (R). Chairman Joe Vallario (D) chaired the hearing for the annual “gun day” in which it hears all testimony on all gun bills before the committee.

I was there with Michele Speakman and John Rigney, who set up meetings and showed me around the oldest state house in America in continuous legislative use. It was an honor to be in the building of such historical significance. From the state brochure this is where, “General George Washington came before Congress to resign his commission as commander-in- chief of the Continental Army and the Treaty of Paris was ratified, marking the official end of the Revolutionary War.”

Committee convened promptly at 1:00 in the afternoon and ran for over 12 hours, ending slightly before 2 a.m. 36 bills were up for consideration. There were over 900 witnesses signed up, but some of those were counted twice as they were there to speak to multiple bills. There were about 500 people present, filling the hearing room, the overflow room, and the hallways.

Moms Demand Action was there in their red shirts. These ladies seemed very similar to the ones we have in Ohio. There were also many kids (someone said two bus loads.) The kids were definitely happy to be missing school, but most seemed more interested in their phones than the business of the legislature.

There were also hundreds of pro-freedom people in attendance. Some where there to testify on one bill of particular importance to them, others to testify on many bills, and others there to show support for the cause.

Rather than hold three separate hearings as we do in Ohio, Maryland legislators hears sponsor, proponent, and opponent testimony on the same day. They also do panels of witnesses, instead of each person testifying separately. I was on a panel with Delegate Impallaria and John Rigney.

After Delegate Impallaria gave his sponsor testimony, I gave my proponent testimony (see below), followed by John and his testimony. Because of the number of witnesses, we are limited to two minutes each. (The Chair can extend time at his discretion.)

After our prepared statements the committee began asking questions of the three of us. As is normal, some committee members were supportive, and others were opposed to the idea of armed school staff. No matter how a Delegate felt about the bill, every question asked was good because it fostered a better understanding of the issues at hand. Being pro-gun or anti-gun does not matter when everyone puts the safety of the children first.

Delegate Impallaria, Mr. Rigney and I each answered questions from our perspective. Because we received many questions, our panel seemed to be up there for over 30 minutes, which was longer than any other panel I witnessed during the day. Several Delegates asked for contact information after we testified, so that they could follow up with us. Overall, I think we did a good job presenting the concept and answering questions for the committee.

Other panels followed us, some of which included Shannon Alford with the NRA-ILA, Mike Doherty of Maryland State Rifle and Pistol Association, Mark Pennak of Maryland Shall Issue and many others. Each witness did a good job presenting their perspective and answering questions when asked.

Then came those opposed which included ATF Maryland, Baltimore Teachers Union, Maryland Association of Boards of Education, Public School Superintendents’ Association of Maryland, NAACP and many others.

While each professional witness was professional and explained why they don’t want to participate, none of them made a good case as to why others should be prohibited from following the advice of experts to make their individual school safer.

Several kids noted that they would not “feel safe” with armed staff. That is understandable, but more important than “feeling safe” is “being safe.” Policy should be set based on facts and realities, not feelings and hypothetical ideas.

One other bill that received considerable attention was HB 991, which would have banned normal capacity magazines (over 10 rounds). Many witnesses opposed to the bill raised a series of questions about how the bill would work or why it is good policy. Lacking good answers, the bill’s sponsor withdrew the bill to cheers from the gallery.

It was great to see that even in a state like Maryland that is generally hostile toward the Second Amendment and firearms use, many Delegates are interested in passing good legislation that will result in good policy without bad unintended consequences.

Following is testimony presented at the hearing by Mr. Irvine:

My name is Jim Irvine and I speak today in support of the language and concept of House Bill 760.

The unfortunate reality today is that school violence is a problem for our country. The “no bullying” and “no violence” policies have not ended these problems. Too many of our children have died and we must change our policies to do a better job protecting them.

Active killers often target children in our schools. They are attractive because they are “safe” locations for a coward to commit such crimes.

Police alone are not the answer. They can’t be. The timeline of typical events makes it impossible for outside help to respond in time. Just as we use AEDs and epi-pins to keep people alive until traditional first responders can arrive, schools should have armed staff and trauma equipment for the same reason.

Schools are legally and morally responsible for the lives of our children. School massacres are foreseeable events. There must be policies in place to deal with these events. Schools should have a way to stop a killer who is inside the building about to enter a classroom of children. Armed personal have proven to be the most reliable means of stopping a killer.

Through the FASTER Saves Lives program, we have trained 1,300 school staff in over 200 districts in 12 states, including Maryland. The program was designed by John Benner of Tactical Defense Institute who is our nation’s premiere expert on this topic, especially as it relates to schools. Training includes mindset, shooting, force on force, Law enforcement qualification (to a higher standard) and medical. The methods taught have proven to be effective both at ending violence and treating injured.

House Bill 760 would allow schools to implement best practice by selecting the best people, having them attend the best training, and using proven methods to stop a killer and treat injured kids before outside help can respond. It will result in safer schools by adding critical layers of protection for our most precious resource, your children. Our methods have saved lives in Ohio and will here too.

This local control is critical to allowing schools to implement the safest and most effective safety and security programs. Each district knows it staff, schools and communities better than anyone else. They need the ability to adjust, improve and alter their programs in a proactive way to meet changing conditions.

After House Bill 760 is enacted, we look forward to training more of your school staff and your law enforcement trainers. More than a 3-day class, we offer a 3-year curriculum. The goal is to foster working and training relationships between your local law enforcement and your schools. By training together now, they will be able to excel together on event day making the safest possible schools for your children. That is something that everyone should support.