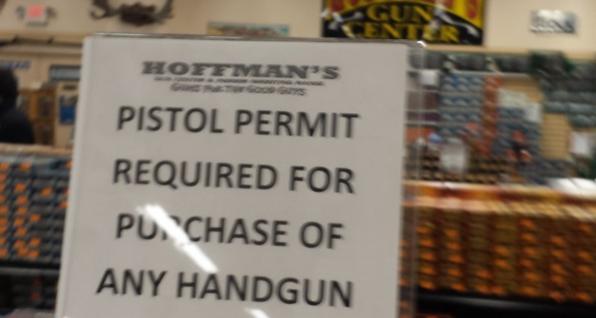 Regular readers of BuckeyeFirearms.org are likely to recall Buckeye Firearms Association volunteers' involvement in last year's successful recall effort, resulting in the ouster of two anti-gun rights Colorado state Senators. We are pleased to report that one of our volunteers is at it again - this time in the state of Connecticut. 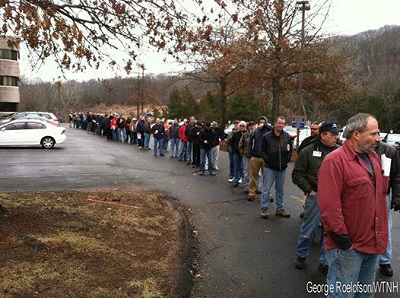 Democrat governor Dannel Malloy signed a draconian gun control law into place in the wake of the Sandy Hook massacre in that state, and while it has done nothing to curb crime and would not have prevented the incident at Newtown, the new law did disarm thousands upon thousands of law-abiding citizens and force jobs out of state, as gun manufacturers fled to more friendly states. The law bans modern sporting rifles and standard capacity magazines, and current owners of the popular rifles must either get rid of their lawfully-purchased possessions or submit to a gun registration system. Gun owners will likely recall the viral image of long lines of Connecticut residents waiting in line to submit to register their rifles.

As was the case in Colorado, the anti-self-defense Malloy in the state are being bolstered financially by anti-gun rights billionaire bully Michael Bloomberg, and as usual, they enjoy the support of a sycophant media. BFA Region Leader Sean Maloney has been called to Connecticut to help in the fight to defeat Malloy in his reelection bid and send yet another message to the overbearing Bloomberg.

Maloney arrived in Connecticut Monday, and although he hit the ground running, he took the time to send back this quick note:

First day of travel then I worked phone banks and thanked all of the volunteers who dedicate themselves to the fight for freedom. Folks these people have no 2A rights. The next time you ask yourself if its worth it or struggle to justify the time away from your family spend five minutes where they have lost what you fight for.

To keep up with Sean's efforts, check out 2nd Shift 4 Liberty on Facebook.

While Buckeye Firearms Association generally focuses on Ohio, this particular election involves unrelenting control freak Bloomberg and could have national repercussions. That's why BFA leader Sean Maloney has traveled to Connecticut to help lead the fight. And you can be part of the battle as well.

>>> DONATE to our political action committee.

Why this is important:

It's only on very rare occasions that we venture out of the Buckeye State, and when we do, it's for very good reasons. Connecticut is over 600 miles away, but this special election will affect the gun rights of everyone in the country, including all of us here in Ohio.

Why? Because Bloomberg's strategy is to reach out from his perch in New York City and establish anti-gun strongholds in key states by pumping in money, setting up paid political activists, and subverting the will of locals by changing the course of elections and stuffing legislatures with lackeys who will do his bidding.

If Bloomberg is allowed to go unchallenged, he will repeat this formula to assert his will in state after state. To those who value liberty, he is the most dangerous man in America.

To quote Mike Adams writing at InfoWars, "The ultimate dream of people like Bloomberg is to have a nation of obedient slave workers who are completely disarmed, silenced into submission, and completely stripped of all rights granted under the Constitution and the Bill of Rights. All citizens are presumed to be guilty criminals while all government officials are presumed to be wise and all-powerful."

We need to win this battle and send a message that gun owners will not lay down and allow tyrants like Bloomberg to roll over our rights and freedoms. We will all stand together and fight them head on.

The Connecticut Citizens Defense League is bringing in two prominent 2nd Amendment activists--Timothy Knight, who led a successful movement in Colorado to recall pro-gun control legislators, and Sean Maloney, an attorney from Ohio--for a series of appearances in Connecticut, including a press conference Monday at the state Capitol.

"Both Timothy and Sean will have an itinerary that includes guest radio spots, visits to firearms retailers and visits with gatherings of 2nd Amendment supporters in certain locations,'' the CCDL stated in a press release announcing the visit.

Sean Maloney, an attorney and 2nd Amendment activist and leader of the Buckeye Firearms Association in Ohio, was also there at Wilson’s invitation.

...Maloney told the group to influence their friends to vote Malloy out. “This is you chance for a recall,” he said. “Our civil rights are borderless ... we need to protect each other ... get out the vote ... you are not powerless."

The Connecticut Citizens Defense League has invited Timothy Knight of Colorado and Sean Maloney, a Second Amendment activist and the leader of Buckeye Firearms Association, to come to the north steps of the state Capitol to rally behind Foley.

“Get off the couch, get out, make phone calls to your friends, this is your opportunity, this is your chance for a recall,” said Sean Maloney of the Buckeye Firearms Association in Ohio who also came to help the effort.

The Connecticut Citizens Defense League hosted the conference, where Second Amendment activists — Timothy Knight from Colorado and Sean Maloney from Ohio — spoke in favor of gun rights. Although neither speaker disclosed their political affiliation, the CCDL, which is a non-partisan organization that works to protect Second Amendment rights, has endorsed Republican Tom Foley for governor.

...Knight led the recall of two Colorado state senators, John Morse and Angela Giron, after they supported more stringent gun control laws last year in response to the Aurora, Colorado, shooting. Maloney, a leader at the Buckeye Firearms Association, said that he got involved with the Colorado recall because he could not stand by and watch passively as constitutional rights were curtailed.

...Both Knight and Maloney stressed that they are in Connecticut simply to motivate people to exercise their right to vote, not to support a specific candidate.

...Both Knight and Maloney are also running to serve on the Board of Directors of the National Rifle Association.

“Whether I’m on the board or not, I’m never going to stop my fight for freedom,” Maloney said.