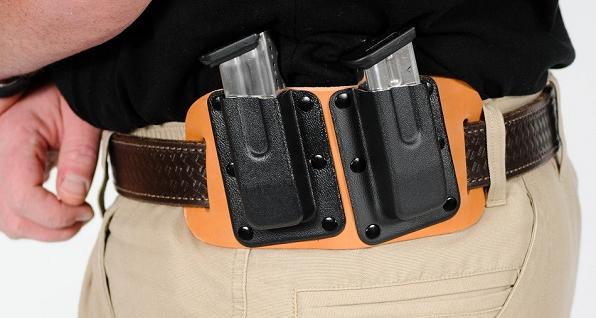 Carrying spare ammunition: It's not an option, it's a must

At the end of December, Buckeye Firearms Association published my article, "Ammo Capacity: How Much is Enough?"

The point of the article was to suggest that your self-defense firearm needs to have enough ammunition capacity to deal with all of the threat you might expect to encounter during a violent attack. I wrote that a handgun with a 10-15 round capacity seemed to be about right to deal with the broadest range of situations that you might encounter.

While I still think it is a good thing to carry a handgun with this kind of capacity, I must admit that on occasion I carry pistols that only hold 6-8 rounds. But, I also carry a spare magazine full of ammunition when I do, getting me back into that 10-15 round range.

Some firearms training experts are placing a fairly low priority on learning to reload a handgun during a gunfight, even suggesting that it is better to carry two guns instead. While it will be a rare situation where you will need to reload your handgun during a fight, it is not out of the question. I do, however, agree that it is probably very unlikely that you would have enough time to reload a revolver during a gunfight unless you possess the reloading proficiency that someone like Jerry Miculek does. A semi-automatic pistol is a different matter entirely.

Despite how unlikely it might be, I think that carrying a spare magazine full of ammunition is very important if you carry a semiautomatic pistol for self-defense. A defective magazine is the single largest reason for malfunctions in semi-auto pistols. The magazine feed lips can be easily damaged over time and prevent rounds from feeding properly into your pistol’s chamber, thus rendering your gun inoperable until the magazine is replaced. A weak/broken magazine spring can also cause misfeeding of the ammunition, as can a broken or damaged magazine follower. Many times, such damage is not readily noticeable so you could easily insert a defective magazine into your self-defense pistol, turning it into a single-shot handgun. So, carrying a spare magazine for your pistol seems to make a lot of sense and it does provide some added assurances against the most likely malfunctions you might encounter.

But, just where should you carry this spare magazine? Many individuals, me included, will just drop it into their off-side front pants pocket. However, retrieving it from that pocket takes longer than it would if you carried it in a magazine pouch, especially if you are carrying something else in that same pocket; never a good idea. More recently I’ve tried to use a magazine pouch for my spare magazine. This is relatively easy to do during the colder months when most people wear coats that conceal the magazine and pouch. There are inside the waistband (IWB) magazine pouches, but they are not routinely carried by local sporting goods stores. As a result, I’ll probably have to turn to the Internet to find suitable examples to chose from.

With practice, I have been able to reload a semi-auto pistol from a belt magazine pouch in 1-2 seconds when I attend training classes. You can learn this critical skill too — with practice, and you should. It could mean the difference between life and death.

Gary Evens is an NRA-Certified Instructor and Range Safety Officer.