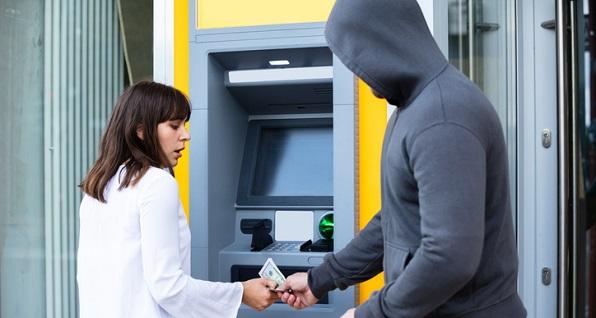 Many of my students tell me that, should they ever be robbed, they plan on complying with the robbers’ demands. While I can’t presume to tell anyone the individual best course of action during a dangerous situation, I can provide some general statistics about past events.

Statistically, complying with armed robbers’ demands generally results in fewer injuries to the victim than resisting (except when the victim resists with a firearm, the safest action available). Since many people do not carry weapons, compliance may be a very viable option. It does, however, have some costs.

The first cost of compliance is that you will most certainly lose the items being demanded. You must balance the value of the loss with the chance for injury if you flee or resist. For most people, giving up the money in a purse or wallet seems like a better choice than getting shot or killed. But what if the robber was demanding your child instead of your wallet? That changes the risk/reward ratio significantly. I know lots of people who would think it is a smart move to give the robber a wallet. No one thinks it’s a good idea to comply when someone demands their child. In order for compliance to be an option, you must be willing to give up what the robber demands.

The second potential cost of compliance is that there is no guarantee that the robber won’t shoot you anyway. Good people tend to think that criminals share similar systems of morals and values. They don’t. Many criminals are sociopaths. They simply do not care what happens to you. Rationalizing in your brain the idea that “He won’t shoot me, because I wouldn’t shoot him if the tables were turned” is faulty logic. Recognize that your criminal attacker will likely not have the same moral or ethical values that you have. Even if you comply, you still might get hurt.

One last pitfall in the “always comply” strategy is that you may not even get a chance to comply. In many encounters, robbers don’t initiate the confrontation with a demand for money. Instead, they attack. The first indication that you are involved in something bad is when you feel the criminal’s fist hitting your face or his knife sliding into your torso. After he beats/cuts/shoots you for a little while, then he’ll take your money; rifling your pockets as you are unconscious if necessary.

The attacker might not give you an opportunity to comply.

The most important lesson to learn is not assuming that your personal value systems are shared by your attacker. Don’t assume his actions will be either logical or predictable. Don’t expect mercy. Be prepared for anything. If you need additional evidence that most violent criminals do not think like you and I, see this article: MAN COMMITS TEN FELONIES IN NINE HOURS.

I can promise that the suspect committing these crimes does not think the same way as most of my readers.

The second lesson is to always have “Plan B”. I’m not telling you to avoid choosing compliance as a response option in a robbery. It often works well. But sometimes, it doesn’t. You must instantly recognize when your strategy becomes counterproductive and seamlessly transition to your backup plan.

Recognize if your response strategy isn’t working and transition to a new one.