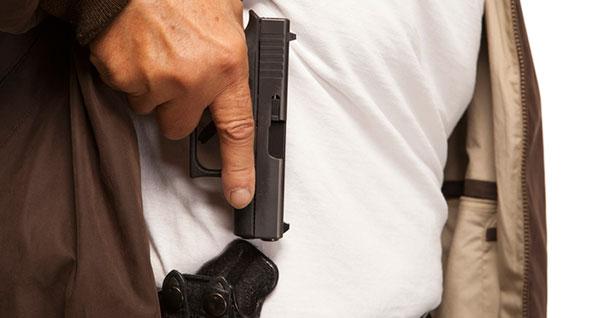 A husband who was forced to defend his own life, and that of his wife, when his ex-wife and her husband ambushed them in their driveway in February will not face charges.

A grand jury found that the man, an Ohio concealed handgun license-holder, was acting in self-defense when he shot his ex-wife and her husband in the Greene County attack.

From the Xenia Gazette:

The attack happened at the entrance of the Duncan residence. The Duncans gave statements to media two days after the incident, describing the “ambush.” The couple explained they were pulling into their driveway after breakfast in Yellow Springs when they were confronted by the Sanders, and two separate gun fights ensued.

Greene County Sheriff Gene Fischer reported at a press conference following the shooting that Duncan was a CCW (carrying concealed weapon) permit holder and had a gun on him at the time.

According to Haller, the investigation uncovered evidence that that the assault by the Sanders couple was planned in advance.

“Both assailants were armed and determined to do harm to Mr. and Mrs. Duncan,” Haller said in a release. “Cheryl Sanders and her current spouse, Robert Reed Sanders, were residents of North Carolina. They drove to Ohio with the intent to kill Robert Lindsey and Molly Duncan. Investigators believe that the motive for the attack was greed and hatred.”

In a 911 call made during the attack, Mrs. Duncan said “Someone is shooting at my husband!”

"My husband is shooting these people cause they’re threatening to shoot us! You need to get here now!"

The attack was explained in more detail in separate coverage from the Dayton Daily News:

The incident began when a man, later identified as Robert Sanders, was shot when he approached a vehicle as it pulled into the driveway, said Sheriff Gene Fischer.

He said the Duncans were inside the vehicle and Robert Duncan exchanged gunfire with Robert Sanders, who was shot and killed.

Robert Duncan then shot Cheryl Sanders, who drove up to the scene shortly after the first shooting. She was also armed with a gun, Fischer said.

The Greene County Sheriff’s Office and Ohio Bureau of Criminal Investigation conducted the investigation, with aid from the Greene County Prosecutor’s Office, Cedarville Police Department, and authorities in North Carolina and Texas.