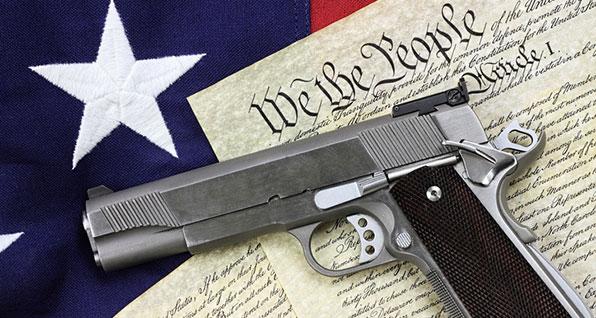 On Tuesday, July 13, 2021, the United States Court of Appeals for the Fourth Circuit ruled that 18, 19, and 20-year-olds share Second Amendment rights with every other U.S. adult and should have the ability to legally purchase handguns.

You can read the full decision in Hirschfeld v. Bureau of Alcohol, Tobacco, Firearms & Explosives.

The case involved Tanner Hirschfeld and Natalia Marshall, both of whom wanted to buy handguns for self-defense but were prevented from doing so by federal law because they were "under age."

Hirschfeld has since turned 21, so his case is now moot. But Marshall is 19 and still unable to purchase a handgun.

A lawsuit was filed against the ATF, but the district court sided with the government and dismissed the case. Unsurprisingly, Giffords, Brady and Everytown filed briefs supporting the ATF. The plaintiff then appealed, and a three-judge panel issued the current ruling.

This case has major implications for gun rights, so it is likely to be reviewed by the full Fourth Court and may possibly go to the U.S. Supreme Court.

The question in this case was: When do Constitutional rights begin? The Fourth Circuit's conclusion? At the age of 18. And that includes the right to keep and bear arms, the same as all other rights.

Plaintiffs seek an injunction and a declaratory judgment that several federal laws and regulations that prevent federally licensed gun dealers from selling handguns to any 18-, 19-, or 20-year-old violate the Second Amendment. We first find that 18-year-olds possess Second Amendment rights. They enjoy almost every other constitutional right, and they were required at the time of the Founding to serve in the militia and furnish their own weapons. We then ask, as our precedent requires, whether the government has met its burden to justify its infringement of those rights under the appropriate level of scrutiny. To justify this restriction, Congress used disproportionate crime rates to craft overinclusive laws that restrict the rights of overwhelmingly law-abiding citizens. And in doing so, Congress focused on purchases from licensed dealers without establishing those dealers as the source of the guns 18- to 20-year-olds use to commit crimes. So we hold that the challenged federal laws and regulations are unconstitutional under the Second Amendment. Despite the weighty interest in reducing crime and violence, we refuse to relegate either the Second Amendment or 18- to 20-year-olds to a second-class status.

It is interesting that our country is happy to arm 18-year-olds with sophisticated weapons of all kinds and send them into battle all over the world to defend us, yet will deny those same citizens the right to own a handgun to defend themselves.