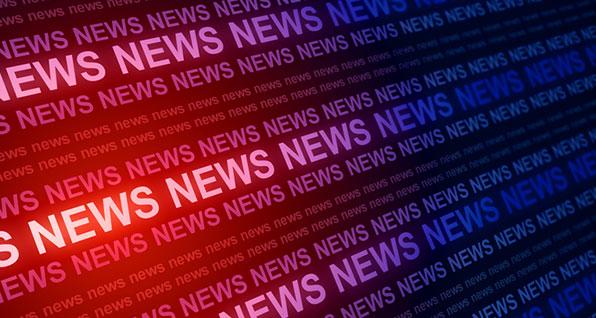 The reports follow a familiar pattern. And reporters tend to ask the same questions, such as "Why did he do it?" or "Could someone have stopped him" or "Should we ban the gun he used?" Though they seldom ask one of the most important questions: "Is the media part of the problem?"

It almost never occurs to them to evaluate the news coverage itself, consisting of hyperventilating reporters showing the crazed face of the killer and, mentioning his name again and again, making him as famous as Elvis.

And among the audience drinking in this river of attention? The next mass murderer learning the career path to instant fame.

In a recent Reason interview, University of Alabama criminologist Adam Lankford said this:

"This is learned behavior and the media coverage is leading more people to learn it and to copy it. The more victims they kill, the more fame and attention they get. They're being incentivized by the media coverage to be as destructive as possible."

In a 2018 study titled "Media Coverage of Mass Killers: Content, Consequences, and Solutions," Lankford explains that the problem is not just that reporting on such events causes copycats, it's that the media push their reporting to extreme lengths, inflating mass killing events out of proportion:

In the United States, the 1999 Columbine school shooting was one the most highly media covered events of the entire decade (Muschert, 2002). It received larger CNN audiences than both the 1992 and 1996 presidential elections, the Rodney King verdict and LA riots, the Iraqi invasion of Kuwait, and the deaths of Princess Diana and Mother Teresa (Muschert, 2002). More recently, data from mediaQuant—an independent company that collects information from more than 100,000 English language news sources, including newspapers, television, and online news—show that perpetrators of seven mass killings from 2013 to 2017 received approximately $75 million in free media mentions (Lankford, 2018). During the months of their attacks, some mass killers received more coverage in dollar value than some of the most famous American celebrities, including Kim Kardashian, Brad Pitt, Tom Cruise, Johnny Depp, and Jennifer Aniston (Lankford, 2018). In many cases, winning a Super Bowl or Academy Award garnered less media attention than committing a high-profile mass killing (Lankford, 2018).

It may be tempting to give the media at least a partial pass on the attention they lavish on these killers. After all, they're just giving their readers and viewers what they want, right? Actually, that may not be true. Lankford suggests that while media consumers are certainly interested in mass killer events, they aren't as interested in the killers as the media are themselves.

... audiences may not be quite as interested in mass shooters as media organizations commonly assume. In their brilliant experiment published in this issue, Levin and Wiest (2018) tested public responses to three almost identical news articles about a mass murder at a school. For each article, the headline, opening sentences, and photo were the same—the only difference was whether the article focused on a mass killer, a hero, or a victim. Their findings revealed that respondents were significantly more interested in reading news stories about heroes than they were about perpetrators. This stands in stark contrast to the current news media environment wherein accounts primarily focus on killers (Robinson, 2014).

And what does Lankford suggest as a solution for the media?

...stop publishing the names and photos of mass killers (except during ongoing searches for escaped suspects), but continue reporting the other details of these crimes as needed.

It's simple. Report on the event but don't identify the killer and give him the fame and satisfaction he seeks. To put it in clear terms, stop making killers famous.

Some media outlets have begun to use this approach in recent years, but most do not. Many believe asking them to avoid naming mass killers is an infringement on their First Amendment rights.

However, the media already self-censor as a matter of course. For example, they typically refrain from publishing the names and photos of sexual assault victims. Why? To avoid causing additional harm.

Another example of media self-censorship is coverage of suicides, which for hundreds of years has been known to cause a copycat or contagion effect. Generally, the media exercises caution reporting these incidents and in the details they share.

So if the media already buy into the concept of withholding details to avoid causing harm, why not universally apply this concept to mass killers as well?

When people are calling for someone to "do something," the media should answer this call with less hyped coverage and more focus on the heroes, all the while NOT NAMING OR SHOWING THE KILLER.

It's a simple, fast, and cost-free way to save lives that could be implemented without debate, politics, or legislative battles.