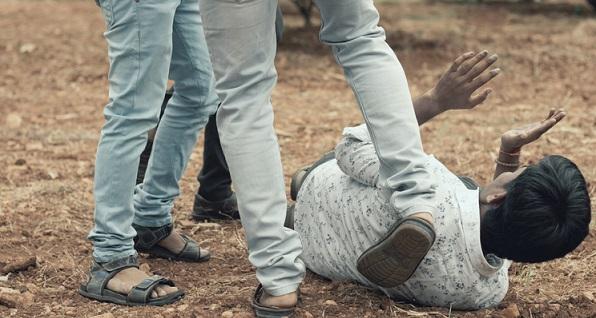 In Defense of Others

One of the things you can do is to defend someone else that is entitled to defend themselves, but for one reason or another is unable to. This is commonly known as “coming to the defense of others” in legal terms. In defending them, you may use lethal force if it is appropriate to the situation. One of the things that I have not written about, nor have I seen much, if any, mention of it by others, is what the person you are defending should do when you do intervene on their behalf. You may need to tell them what to do so they do not interfere with your actions on their behalf.

There are many reasons why someone may be unable to defend themselves. These include:

Most instructors (and lawyers) advise that you should not involve yourself if someone else is being attacked if the person being attacked is a stranger to you and you do not know the circumstances that caused the attack. You are only allowed to use deadly force to defend someone that is innocent— i.e., they did not initiate the attack—and that would otherwise be entitled to defend themselves—i.e., they cannot be a criminal or involved in some illegal activity at the time of the attack. If you come upon a situation where a stranger is being attacked for a reason that is unknown to you, the best thing you can do is to call “911” and be a good witness. This is especially true if you encounter a situation where you cannot be absolutely sure of who the attacker and victim are.

If you decide to intervene, your priority needs to be to get the person you are defending to a place of safety. This may be difficult if they are already injured. If the person can escape, it may be necessary for you to distract the attacker momentarily to allow them to do so. Ideally, your presence may be enough to cause the assailant to run away. However, you may need to engage the assailant. In doing so remember that you are only allowed to apply enough force to stop the attack. If the assailant is not using deadly force, you cannot use it either.

A likely scenario where you may need to defend someone else is if the person (or persons) you are defending are members of your family and/or friends. In this case you know who they are, that they are innocent, and that they are entitled to be defended. If your children are accompanying you, you will first want to get them to a place where they are safe from attack. At a minimum, this could be nothing more than putting yourself between them and the attacker, using your body to shield them. If they are old enough to flee from the scene, tell them to run and find help — preferably a policeman — otherwise they should seek cover. (Make sure they understand the difference between “cover” and “concealment”.) If they can, have them call “911” and tell the dispatcher what is happening. In doing this, they will need to be able to:

• Tell where you are, either a street address, what nearby landmarks are, etc.
• Describe why you need help.
• Describe yourself — i.e., your age, height, weight, gender, hair color, how you are dressed, if you are armed and have a concealed carry permit, etc.
• Describe the assailant.

If the person (or persons) you are defending are older and they know that you are carrying a concealed firearm, you should make them understand that under no circumstance should they let the assailant know you are armed, even if they might want to say that to frighten the attacker away. This could easily escalate the attack, making it more violent than it would have otherwise become. Instead, you need to surprise the assailant by your response.

If the person you are defending is injured, you will first have to stop the assailant before you can begin to render aid. If the person you are defending thinks you are injured, they need to remain behind cover and not try to come to your aid. You may not really be injured, but instead are “playing possum” trying to gain an advantage over the attacker and the other person you are trying to protect could ruin your strategy by trying to help you. If you are injured, the other person coming to your aid will only result in the assailant having access to his original intended victim and your efforts to defend them will be for nothing. The best thing they can do for you while the assailant is still present is get help heading your way.

While you are defending someone else, you need to speak to them in a strong, commanding voice, leaving no doubt in their mind about what you want them to do. This does a couple of things; it gets them beyond the “freeze” state that may be their initial reaction to the assault, and it gets them away from the immediate scene so you can concentrate on stopping the threat.

If you notice any pre-attack indicators, it would be helpful to have a pre-planned response with those that are accompanying you. You may want to have a code phrase that you use to tell your family members what to do before the attack starts. They need to understand that whenever they hear the code phrase, they need to respond immediately and not ask any questions about what is going on.

In some circumstances, you may be the individual that is being defended by someone else. You need to be able to do the same things you would want them to do if the roles were reversed.

While the goal should be to always be aware of your surroundings, avoiding those places and people that could get you into trouble, things cannot always be avoided. Therefore, you need to be prepared for the unexpected. You should follow the rules for self-defense:

If you have not done so, you should seek self-defense training for yourself and your family members beyond (or instead of) obtaining a concealed carry permit and carrying a firearm. Most situations you find yourself in will not rise to the level of requiring you to apply deadly force to defend yourself. You need to have skills that will allow you to use non-lethal means of self-defense.