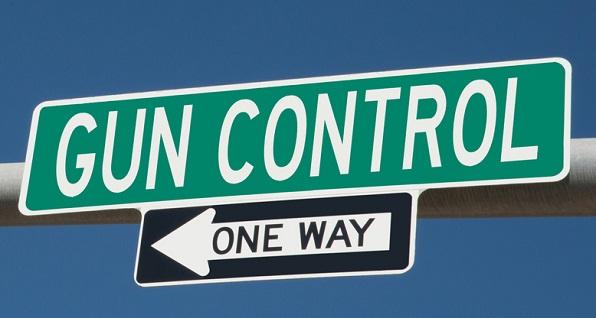 Democrat Debate: Key Takeaways On Guns No One Noticed

Democratic candidates gathered in Ohio to agree on how much they can’t stand lawful gun ownership, disagreeing only on who was the most deeply offended. Mayor Pete Buttigieg and former Congressman Robert Francis “Beto” O’Rourke (D-Texas) scuffled about whose furrowed brows over law-abiding gun ownership was more courageous, but that masked the slips on stage.

AR-15 = Terror
O’Rourke took the first question on guns out of the gate and ran straight to the far left. After rattling through gun control talking points to mischaracterize modern sporting rifles, like the AR-15, he took it a step further.

“Every single one of them is a potential instrument of terror,” he said.

“I want to use the method we used, for example, with machine guns,” Warren said. “We registered them, we put in a huge penalty if you didn’t register them, and a huge tax on them, and then let people turn them in, and it got machine guns out of the hands of people.”

Please, No More Truth
Sen. Amy Klobuchar (D-Minn.) stumbled on to the truth without knowing it when she admonished her competitors for giving away the grand plan. CNN moderator Anderson Cooper threw her a softball about “mandatory buybacks” which is more correctly known as confiscation. Her answer was more like a foul-tip into the grass than a grand-slam into the bleachers.

“And I just don’t want to screw this up,” Klobuchar said. “When I’m president, I do want to bring in an assault weapon ban and I do want to put a limitation on magazines so what happened in Dayton, Ohio, will never happen again. But let’s not mess this up with this fight.”

That’s almost exactly what Sen. Cory Booker(D-N.J.) was saying when he scolded Buttigieg on social media for calling a confiscation exactly what it is.

Interestingly, the answers all focused on taking away guns from law-abiding Americans. Not one answer was given on getting guns out of the hands of criminals. We checked.

Click here to read the entire op-ed at NSSF.org.